Hey everyone!
It's been a while since I've done a sewing post. I've been busy, and I think I'm nearly ready to reveal why. But first, check out this AMAZING Mexican painted skirt I got a couple months ago. 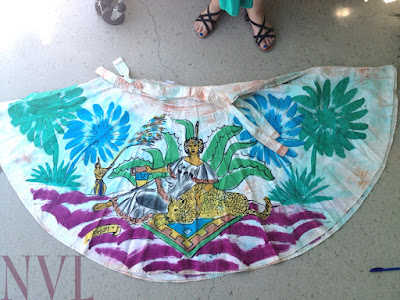 It has the same image on both sides and it is in amazing shape. The more I looked over it I realized most of these skirts were made to be disposable because of how cheap the fabric is that they are made of. In any case, this amazing sample has stood the test of time and she is mine now.

I didn't wash her, I'm not stupid, but I did have to do some fixing to her. Because the circle skirt is bias, the drape became uneven after a while. Also, the tie waist was way too tiny for me, so I had to cut it larger. 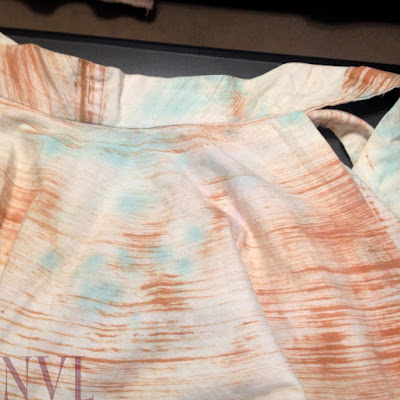 The good thing was with the original tie waist (which tied on either side of the skirt) I just took them off and that became the new belt once I cut the skirt down. 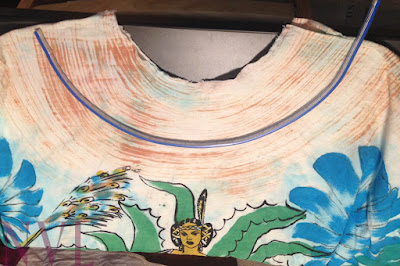 One reason I got the skirt was that it was super long, so I could cut it down without having to worry about the length too much.

I did debate whether to simply fold under the waist, but I decided to cut it because...well, it's mine and I can do what I wants! :) 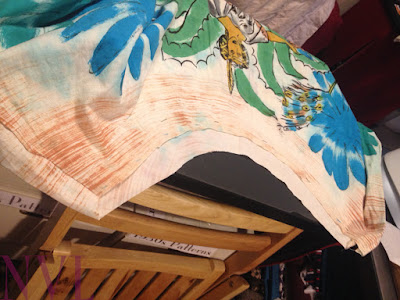 The new waist cut down. 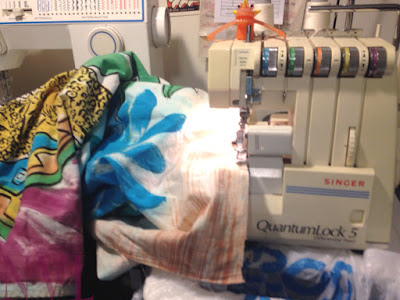 I overlocked the edge and re-sewed the sides adding a zipper on the left. 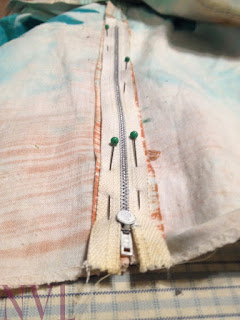 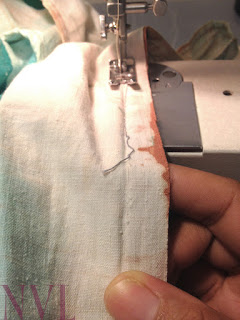 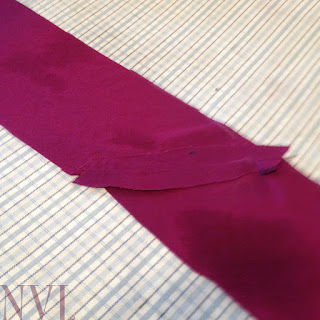 After I cut it and placed on the new waist I put it on Onda and it draped all uneven. I realized I needed to even out the hem but I was so not going to cut that, so I pinned it even and attached a solid bias cut hem to not only add length but to even out the skirt. 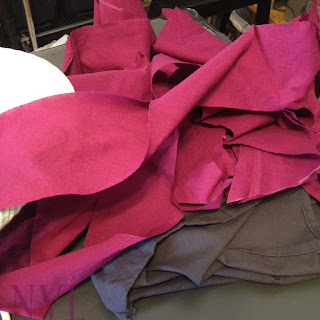 Cutting, sewing and overlocking the hem material for a full circle skirt took longer than all the alterations I did for the skirt before this! 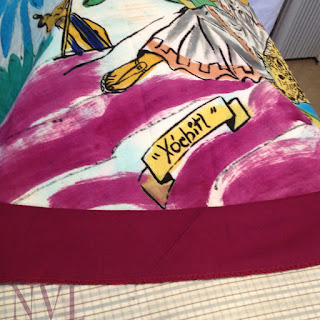 I pinned it on and sewed it and presto! 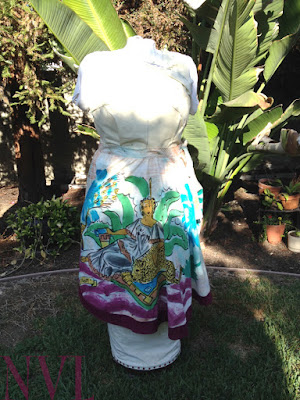 I wore this beauty to an even and go a lot of compliments on it. 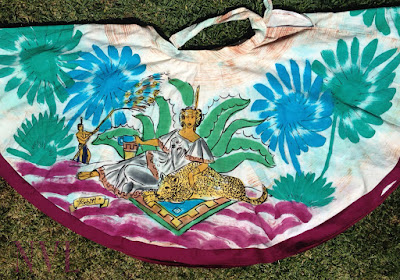 It had been a long time since I'd purchased myself a nice piece of quality vintage. Actually it had been a while since I had sewn for myself.

I've been doing other things...wanna see? 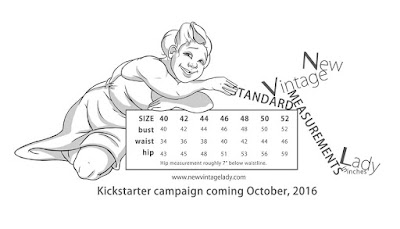 Early October, 2016.
Be ready, ladies :) and tell your friends, seriously. I'm gonna need all hands on deck.
Have a great day!
at September 23, 2016
Email ThisBlogThis!Share to TwitterShare to FacebookShare to Pinterest
Labels: 1950, alteration, repro, restoration, skirt