Have I introduced you all to Virginia? 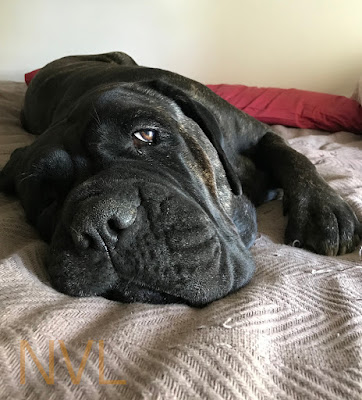 Ain't she cute?!
I adopted Virginia in late October from the very pound I found Brian. She's a nearly 2 year old bullmastiff, silly, a bit skittish, and honestly one of the sweetest dogs I've ever met.

Apparently she was an owner surrender. I looks like she had a litter at one time, but she has a sunken eye, so that's most likely why she was taken to the pound. Can't sell puppies if the mom has that kinda defect. Who would buy them?

Well their loss is my gain. Within about a week she totally bonded to me. 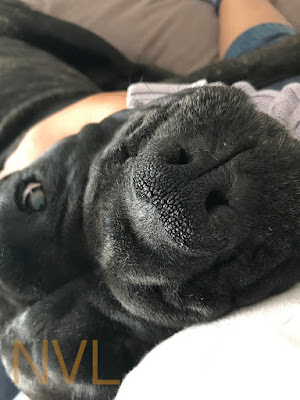 When I first got her she was afraid of everything. She wanted to bolt from every noise and movement. She was terrified of new people and places. Now that she's feeling safe, she's starting to really open up and show me the clown she is. 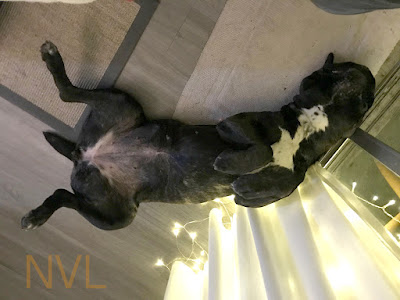 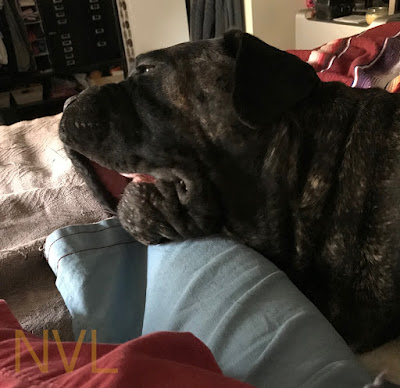 She LOVES to lay on me, like cover me with her body. Bullmastiffs were trained to tackle and pin people and in that instance she is so bullmastiff! She weighs 118lbs, so moving her can be a challenge. 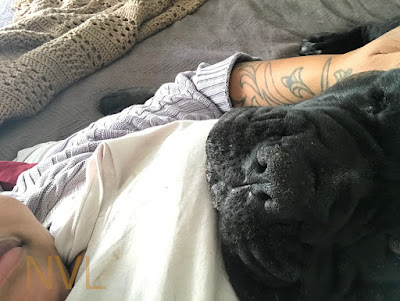 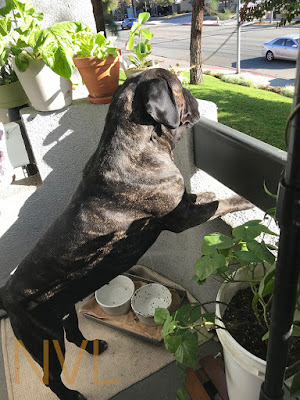 She's one of the youngest dogs I've ever had so she has a lot of puppy tendencies, but I'm all for it. I'm so in love with this girl! She's been such a godsend to me since Brian died and with the year I've had.

She is going in for surgery for her sunken eye next week. I qualified for a program to have her surgery, so wish her luck. I'm sure she will do fine, and the next time you see her, she'll look cool with an eyepatch...maybe.

at December 10, 2018
Email ThisBlogThis!Share to TwitterShare to FacebookShare to Pinterest
Labels: doggie, personal