Can I make a tailored jacket in a week? The follow-up.

Ever have a project you really like and worked hard on but after it's complete you see something you want to change but just don't want to deal with it?
Meet my jacket. 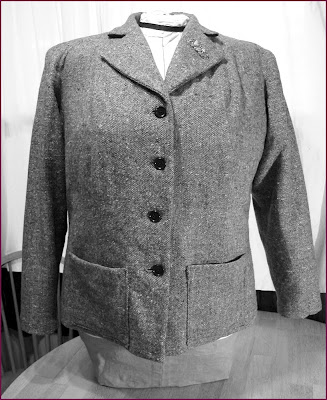 I'd like to thank everyone who commented on the process of my tailored jacket a few months ago. It was a crazy undertaking, but I'm glad I did it.

The thing is living in Los Angeles: A desert, even in winter, or should I say, 'winter', I wore it not even a handful of times. That was disappointing. It's not a dressy jacket, so putting it on at night when I go out isn't a real option, and it so warm, it bakes me in the day, so no jacket then either. It was even too warm out when I wore it to the tweed pub crawl I made it for. *sigh*

For the most part since that evening the jacket has been hanging on my wardrobe in plain view for me to look at. I spent a lot of hard time on that garment and I'll be dammed if I'm just going to stick it in a closet.

But now the Air Raid is coming up, and because that is an outdoor event I'll have a chance to wear it. I'm super excited.

After wearing it the handful of times I did, I realized that I needed to alter some things. All small things mind you but just enough to make a big difference in the look and drape of the jacket.
This is what I changed. 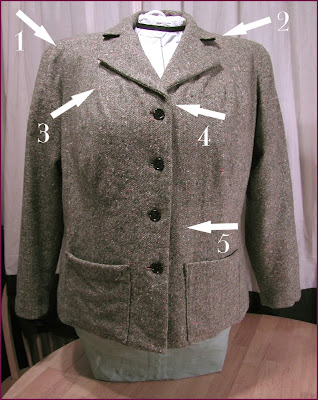 1) Larger shoulder pads.
2) Notch out the bulk in some of the corners of the lapels.
3) Take in the front darts more.
4) Tack down the drape of the lapel.
5) Add trim to the inside where the lining meets the facing. 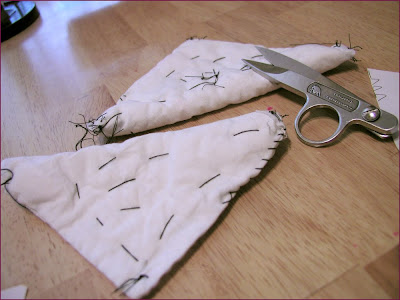 I had some shoulder pads that I made for one of my dresses. I just stuck those into this jacket and from the start I felt they were too small. I decided to take them out and make some new ones. 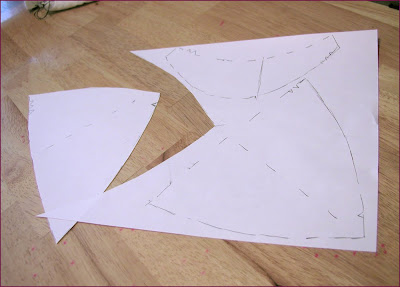 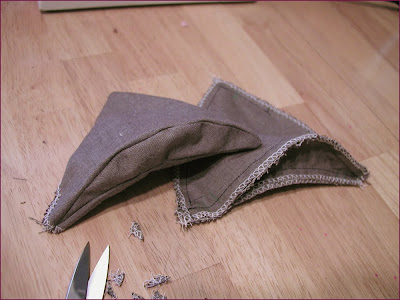 I traced off some from one of my patterns, and actually made real legitimate shoulder pads. That is something I NEVER do. I really like the pattern of the shoulder pads, and the curve it gives. I filled them with polly batting and tacked them to keep the batting in place. 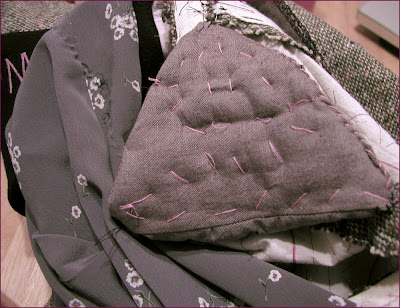 Then I placed, pinned and stitched.
2) Notch out the bulk in some of the corners of the lapels.
While I was in there I decided to trim down the bulk of the corners a bit more. I always felt they were a tad too rounded and with some corners having 6 layers of fabric, a closer cut wouldn't hurt.

3) Take in the front darts more.
Next to the shoulder pads this was the real reason I wanted to open up the jacket. Since I made it I've always felt I didn't take in those darts enough. There was a bit more draping than what I was comfortable with. When I decided to change the darts, I had to take off the binding tape I tacked on and completely take out that dart stitch from the center chest to about 1" to the shoulder seam. I'm not stupid after all. 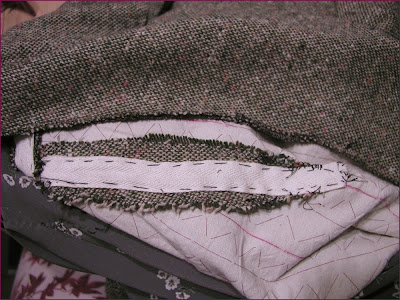 Taking out the shoulder seam was NOT an option a sane seamstress would do. I eased in the new stitch to meet with the old one and tacked everything back into place.

4) Tack down the drape of the lapel.
There is a lot of bulk at that fold in the lapel. It's not solely my fault, that tweed is thick. I decided that if I did a small tack on the inside it would nudge the lapel to one side more and I wouldn't have to worry about it sitting too straight. That's exactly what I did.

5) Add trim to the inside where the lining meets the facing.
This part was another major fix I wanted to make to the jacket. Okay, not fix. It's a finish. I had this red lace that I thought would be great to cover the unsightly overlocked edge of the inside facing that just screams homemade. 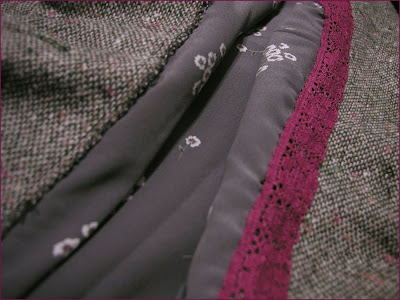 I didn't do it last time because I was just so tired of the thing I didn't care anymore. Because I was in there anyway and because I had washed and ironed the lace weeks ago, I thought it was time. 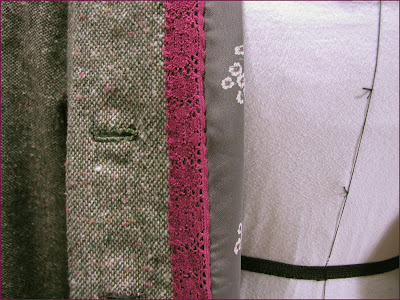 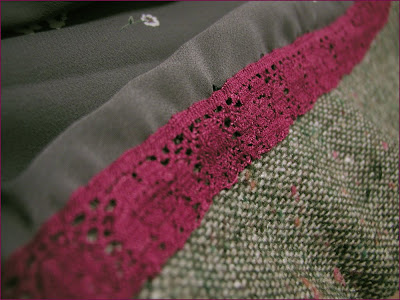 A simple fold, pin and whip stitch and two hours later I have a lovely finish.
*whew* 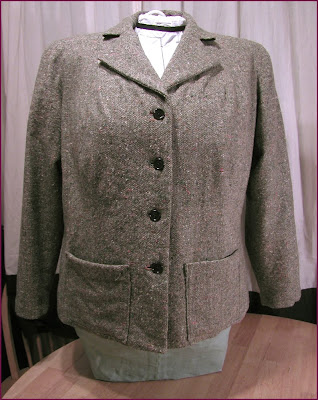 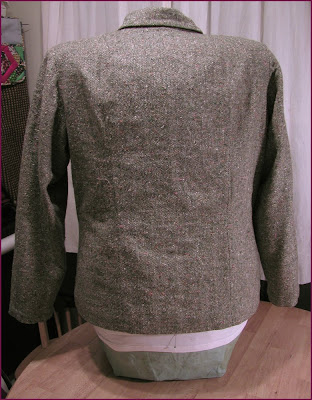 All these alterations took about 5-6 hours. A drop in the bucket for how long the whole thing took. And really, isn't a few more hours invested in a potential life long piece worth it? I'm very pleased with it now. It feels finished. It's going to look great with my Air Raid outfit(s).

Have a great day everyone!
at February 09, 2011
Email ThisBlogThis!Share to TwitterShare to FacebookShare to Pinterest
Labels: 1940, Air Raid, jacket in a week, make and mend, repro, tweed