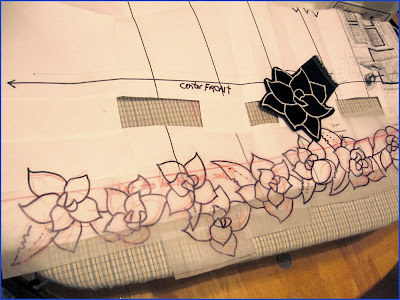 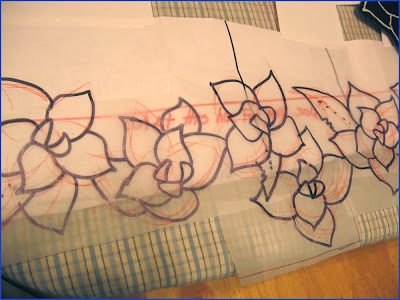 When I first thought this up I didn't know exactly how I was going to do the flowers. Were they going to be white, or only outlined in thread? I could see both in my mind, but really, how often can you trust your mind's eye?

I sketched a sample gardenia and Traced it on a piece of linen. I then backed the linen with cotton to give the fibers some stability through the rigorous sewing. The actual flower took about 15 minutes to sew, but I see myself doing no more than two flowers a day, so as not to tax my machine too much too soon. 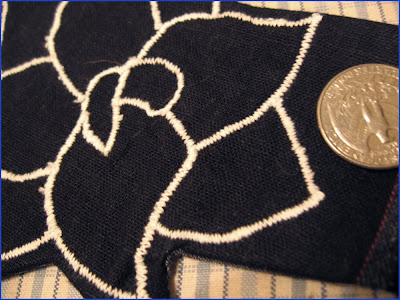 Once I finished the outline, I sewed a backing onto the flower and turned it right side out, just like with what I will do to the dress. I ironed it and it laid pretty well. 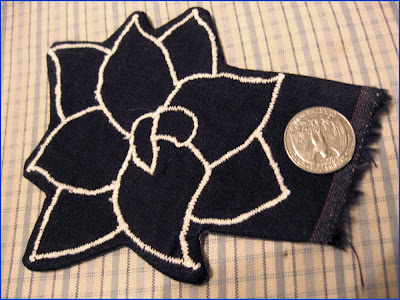 I liked the look of the outlines, but thought they were too stark against the black. Also, the shapes of the flowers would just be a mash of triangles, making the actual flowers too hard to distinguish. The white linen will be better, and I plan on placing leaves in strategic places to brake up the shapes.

The problem with the white linen is that its pretty see through and will gray down against that black. I had to face it. But that brought up another problem. Between the white linen, the facing and the black linen and its backing, that was too many layers to accurately do that thread outline on the gardenia without major shifting. Crap. I thought about hand tacking everything in place, but that would have been an unnecessary amount of work. I didn't want to, but I decided to use wonder under on the white and the lining. 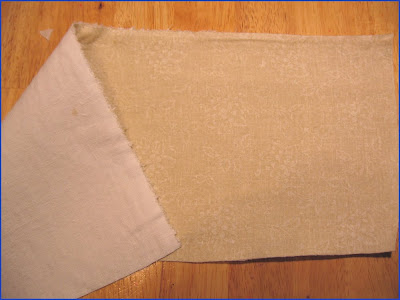 I couldn't see any other way. Once I pressed the fabrics together, I put the bodice and dress skirt piece to my light table and traced the final shapes onto the linen. 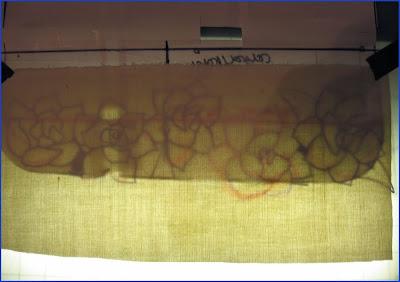 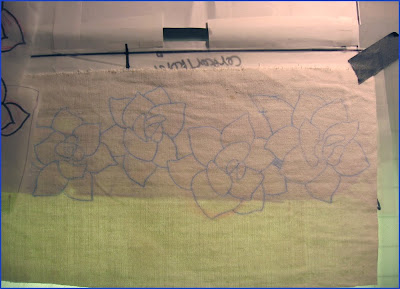 Then I cut them out, which only took like 30 min. I thought cutting the shapes out would take longer. Thank goodness for sharp sewing shears.

Now all the gardenias are cut out and ready to be placed on their appropriate pattern pieces. 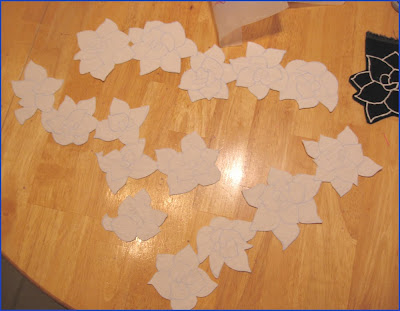 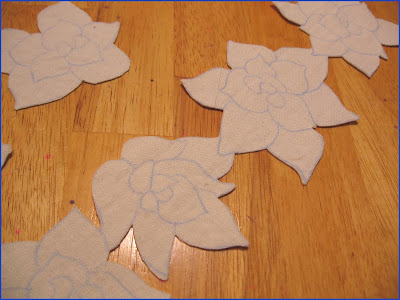 Now I can cut out the dress and begin a week's long process of outlining the flowers.
Yay?
at July 05, 2010
Email ThisBlogThis!Share to TwitterShare to FacebookShare to Pinterest
Labels: 1940, flower, linen, make and mend, progress, the gardenia dress