I don't watch much television. I gave mine up about five years ago when I took part in a TV turnoff week. It was great and I've in essence been commercial free from here on out. Add to that most shows are on DVD within 3 months of their season finale, and I'm a happy camper.

The three recent shows that I want to chat about have aired or are still on the air. I mean I could go back into the history of body image and television but I don't know that much and frankly, I'm most interested in contemporary views of fat people on TV. American TV in particular. Yeah...

I'm going to chat about three that I really like: Huge, Mike & Molly, and a US import from across the pond, The No. 1 Ladies' Detective Agency. 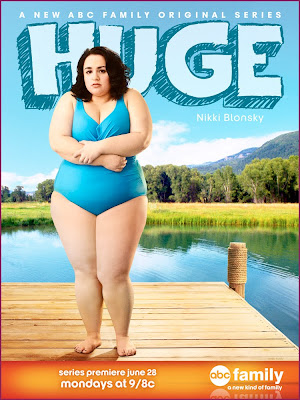 Huge was fantastic.
It's based on a book (sorry I didn't read it) about a group of teens at a fat camp. The show, which aired on ABC Family of all places was rich, dynamic and just so well acted, so like with any good show on American TV, no one watches it and it gets canceled. Truth be told, I think the show got canceled because people were uncomfortable seeing fat teenagers with their shirts off.

I loved how they were so unapologetic about that. Showing the bodies of these teens over and over until we were comfortable with them, and in a way they were comfortable with themselves. I mean it's a summer camp. That means bathing suits and swimming and sunscreen and the like. But they are also teenagers, and that means cliques and rivalries and animosities and on and on. It wasn't just a teen show wrapped up in a fat camp, it was a show about people where for a few brief months, they all were in a place where they all looked the same, but still carried all those stigmas of the outside world with them.

You had the rebel loner, Will, who really did hate herself but was too proud to say so, the amazingly broken camp director, Dr. Rand (played by Gina Torres) who the show followed the most. I mean she made it, she's skinny, on the outside, but man there are some issues that woman had that you know she will never get over. The character I thought was interesting was the 'pretty' fat girl, Amber. She could 'pass'. She wasn't fat enough to be ostracized by regular kids, but she was overweight, and hated herself for it, yet all the other fat kids deemed her the prettiest girl there and everyone wanted to be her friend.

Rarely am I emotionally attached to a show. Rarely can I actually relate to so many characters. It was just so good, but I think ahead of it's time. 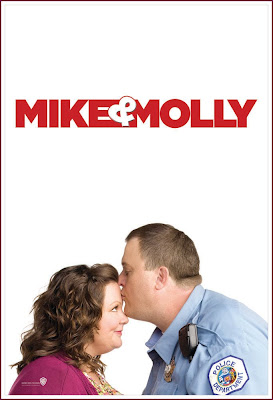 A current show I'm really liking is Mike & Molly.
I didn't care too much for the pilot on it's own because every other word out of the character's mouths were fat jokes, but once they got past that and the show hit it's stride, you see beyond what they look like, which is what you would do with anything you like. It's about a cop and a school teacher falling in love after meeting at an overeaters anonymous meeting. I mean its not a drama, it's a situation comedy, like Roseanne was, but the gimmick of this show is their weight, which I find weird.

It's like weight is becoming the new minority in American TV. You know how you would see a random black/asian/hispanic person in a TV show and just wonder how they got there? It's like "We need a new hook...fat people!"

By the by, I find it utterly refreshing that Mike & Molly has two black characters from different parts of the world in the cast. *Finally* a show is saying, 'Yes there are different kinds of black people all over the world.'


It seems that American television just can't get enough of the fat people lately. From reality shows of people loosing weight, one of the biggest (pun intended) ones just launched by A&E, Heavy 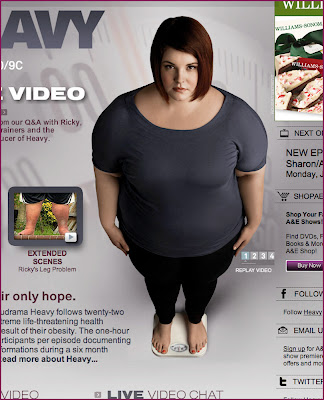 (**side note, I actually know the cover model for that show, we met at a friend's wedding**) to situation comedies where the weight seems to be the focus of the sitcom, fat people are hot right now.
Not since Roseanne has there been a fat male and FEMALE lead in a TV series. Heavy men, sure, from the Honeymooners to King of Queens to just about any other sitcom you can name, the hot wife with the lumpy hubby are standard tv fodder. But to see a lovely woman who isnt a supermodel paired up with a hot dude? Never happen. Or never will last.

But there is a huge problem I'm seeing with this surge of shows that you didn't see with other overweight characters in TV shows. All of the characters in these shows, all of them have eating disorders. Really? All fat people are food addicts in America? They all need meetings and therapy and support groups? None of them can control themselves? I think that's a big issue, and pretty offensive. Don't get me wrong, I really like the two shows I've mentioned, but just like America loves to do, highlight the extreme, all we get to see are fat people who need therapy for their eating. That's kind of sad.

It's a culture shock going from television that says fat people are a spectacle and need help because there is something wrong with them, to a show set in Africa where a fat person is just that, and there is nothing wrong with it. 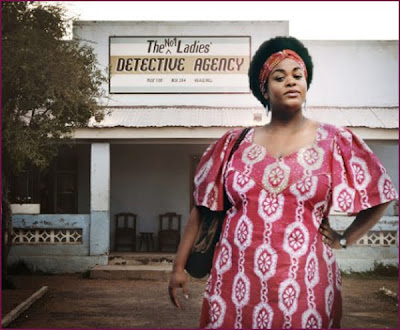 The No. 1 Ladies' Detective Agency isn't really about the size of the main character Precious Ramotswe (played by Jill Scott). Based on a series of books, its about her being a cunning, smart, and independent woman solving crimes. But you port that over to an American audience where you hear characters constantly say, 'fat', 'fatty', 'big', 'traditional build' in tandem with being attractive, and it probably short circuits people's brains! 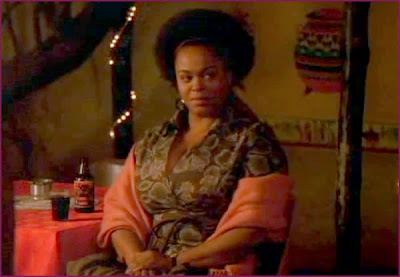 Not in American TV. Because here in our television shows weight as a problem to overcome, but in this show, its just a part of the culture. No, not everyone is going to be skinny. Some people just like to eat and it does not mean they have a problem with food. So its amazingly wonderful to see the character Jill Scott plays (who herself has had some weight issues in her own American career) be such a dynamic strong and attractive character in this show.


I guess this is where I send a shout out to Jennifer Hudson. Sweetie, you are not going to stay that size. You just won't.
I hope I am making since with this because I have been wanting to do this post for a long time. I can't really think of much else to add so I'll just leave this out in the aether. How do you feel about the way overweight/fat people are being highlighted in American TV? Any other TV shows (US or from another country) that have non skinny characters that you like?
I would love for this to generate some discussion because I would adore dialog on this.