Hi everyone. I hope the last days of August have been good for you. Me? It's been a strange. 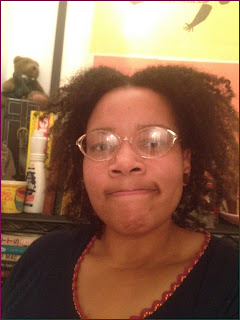 Apparently my phone line provider (the one that carries my DSL) disconnected my phone line AFTER I paid them. Well, they didn't just disconnect the line, they terminated my DLS service, which is ran by another company! WTF! Who does that! In any account, my DSL tried to remedy the situation by terminating AT&Ts termination request, which they did, but they also put in a new request and well, that screwed everything up. So here I sit, in the hall of my building on mooched wi-fi on the lame battery of my laptop. I'm looking at two weeks until my service is reinstated. Geeze, what did I do to deserve this!?

It's been a strange few weeks. Work changed, again, and I don't know if I told you all this, but the team of 4 illustrators work gave me went away a few weeks after I got them. We didn't have enough time to prove what we could do but for the third time I can count they took the project out off my hands and gave it to someone else. And that someone else changed everything again. *sigh* I had to have a long talk with a friend about it. My feelings of being looked over, not given a chance, etc. She finally told me  what i wanted to hear, just don't care about the project. I have a habit of caring about stuff I work on, even to the point of absurdity. I guess that is why getting passed by after I have been given control on a project is so frustrating. Granted, I'm just giving you all the sort end of this whole description, but lets just say that was the source of a lot of my frustration over the last few weeks. From now on the job is just a paycheck.

I did get some goodies though. I arranged some of my smaller  vintage papers into a frame and hung it. 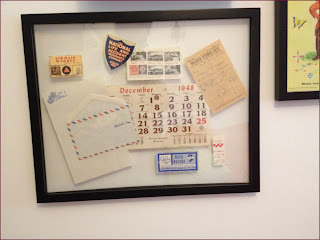 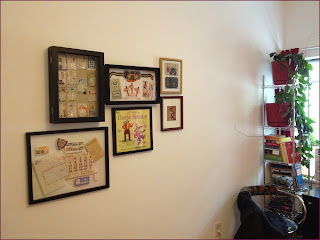 I also hung my WWII lady. I'll have her properly framed soon enough. 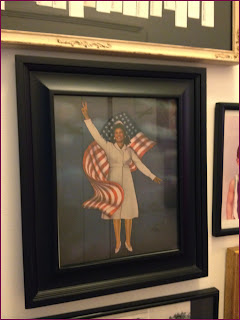 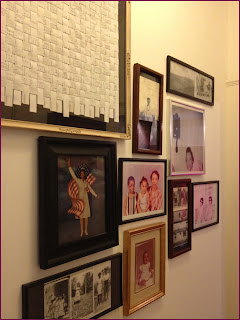 Okay! On to sewing!

Okay, some confessions. To tell you the truth, I haven't been all up and in the sewing vibe lately. I just haven't felt it. I have been doing some art, which is what has been calling to me these last few weeks, I guess I'm gearing up for looking. Not for another job, I'm not stupid, or even overly righteous, but just something else to advance myself, because I did think this job was going to do that. Now I know better.

I did decide to practice a little retail therapy. I bought tons of cotton from JoAnns. Not my first choice, mind you, but hey, coupons are coupons :)

I also realize what I forgot to show you all last month. I did buy a pattern. A rather good one, mind you. Okay, not a pattern, a pattern system. 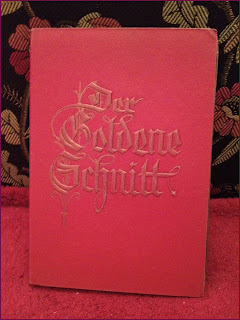 Any lovely German speaking followers willing to translate this for me? I'll trade you all a copy of the system in exchange. 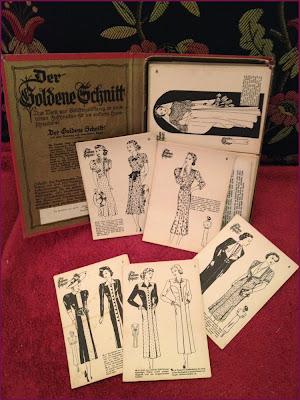 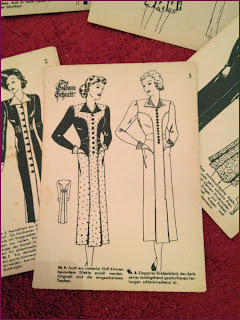 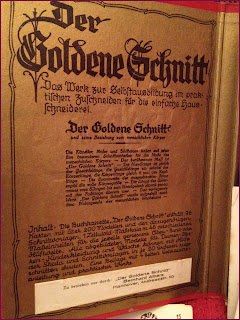 So that's it for now. I wasn't feeling too swell for work so I took the day off and I'm at home. I plan on working on a dress and maybe cooking, though I'm still a juicing fiend.