Some images from my housewarming. 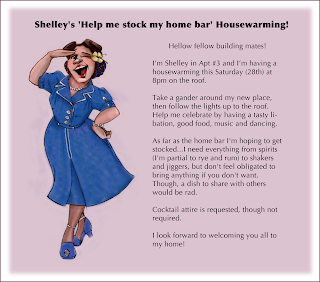 This was the culmination of weeks of prep and getting my house ready. My first party. I think it was a big success! I had about 25 is guests (perhaps a few more) and it was up on the roof of my 1920s building.

I had a few friends come over and help me out with set up which was so nice of them. Within the hour, we had the food out, and were ready for guests. By 8:30 people began to trickle in. Soon we had enough to move them to the roof. 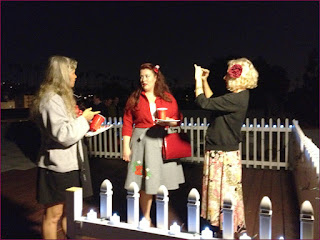 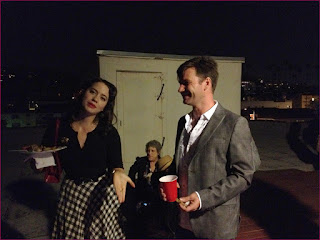 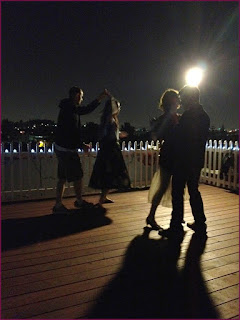 By midnight we moved back to my apt because it was getting cold. We set up the music and chatted for a while. The last person left at about 1:30. I consider that a successful partay! 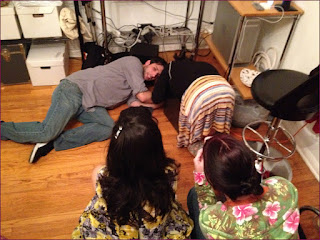 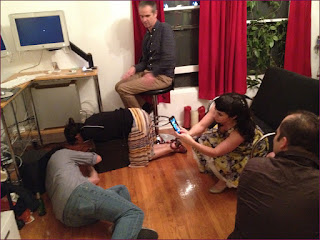 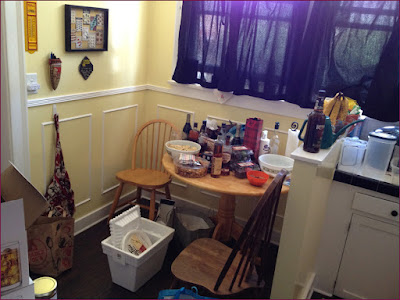 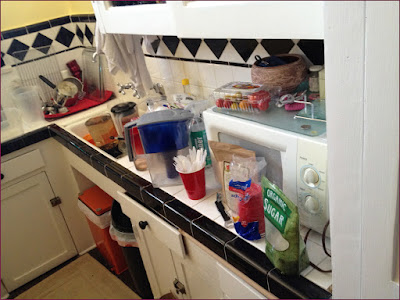 I spent Sunday cleaning and getting stuff in order. I washed 4 sink loads of dishes, and put the party stuff in an empty cabinet I'm calling the 'party' cabinet from her on out.

My friends are generous.

The party was so much fun and I hope people had a great time. I invited all the people from my building and quite a few of them came! They said the roof looked the best they had seen it in a long time. I want to host another party over the summer. A BBQ perhaps! Party hosting is super fun, and a lot of work!

A couple of people I was really expecting didn't come, and I don't know how to feel about that. One person in particular I think I'm gonna just disown. I've had a lot of issues with this person, and I think it's time to cut him loos as a friend. I don't fuck around with my feelings, especially when people disappoint me.
at May 01, 2012
Email ThisBlogThis!Share to TwitterShare to FacebookShare to Pinterest
Labels: homemaking, party, personal