Bathing suit Conclusion: I'm ready for fun in the sun!

Good morning everyone! As I head out for Viva today, I wanted to show you all the final of the swim suit! I Even had time to make a little cover up and the hat. 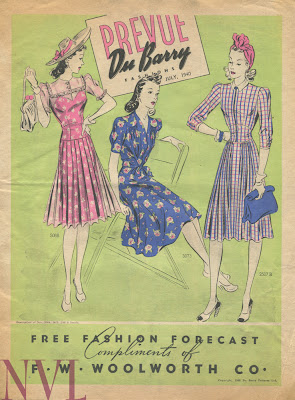 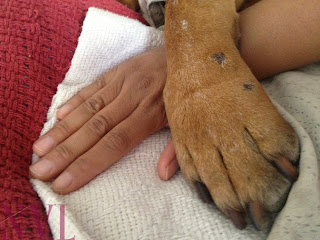 3 Percent of rape cases get a convection.

I try not to get political on NVL. I try to keep it light and fun and as apolitical as I can. I try not to bring in too much of my own bias because I know I have a lot of readers from may different stripes of the world, and with all of that said, I try to make sure I speak with conviction on whatever I'm talking about. So I'm gong to talk about rape.

There have been some very cathartic opinions written about the Steubenville, OH rape trial that finally reached a verdict on Sunday. Some people are saying their conviction of one year of juvie detention was not enough, others say it was too much. Some say this will ruin their lives, 'they are only children'. Others say that the girl should not have placed herself in harm's way, she should have been, 'old enough to know better.' Which is it? Both are the same age, both drank, but the boys treated the girl like an object, not a person, and that, in today's day and age, is why the victim of this outcome will forever have the longest prison sentence.

Across the vast internet people making fun of this girl, who apparently is expected to take the shame and death threats to the jail she is most likely to be in for the rest of her life. She has to live with what happened to her. She has to live with someone taking the sacred privacy of her own body away from her. To know that strangers have seen her in compromising positions on the internet and she could be trolled at any given time. To realize that she has a scarlet letter now in her home town because she has the inconvenience of being a victim of sexual assault. To know that the news media has released her name to the world against every form of journalistic ethics and there was no wide spread backlash. To know that the silent majority favors the football team over their egregious crime tells you something.

In our current lexicon, this western democracy has made it the victim's fault.

While citizens of other countries like India and Egypt try and grasp at some forms of justice for their vastly unequal women, we seem to think that 'equality' was reached long, long ago in this western world. It's so equal, so fair, that now we have 'reverse sexism'. And if that is not the largest pile of bullshit, I don't know what is.

Look, I'm sure there are some men in the world who have been victimized. I get that, but this isn't about being PC, it's about raw honest equality and women don't have that. Hell, we don't even have that in the constitution. You want to know one of the red flags that women don't have true equality in this country. No, it's not equal pay, or business success. The real reason is, everyone, and I mean everyone, knows at least one woman in their life that has been sexually assaulted.

It happened to me.

I was 9. He was 16. I was lucky, because an adult walked in before anything happened beneath the clothes, but I still remember it. I often wonder if I blocked anything out and if so, did that effect my relationships today. Could that be the reason I have intimacy issues?

Some of the womenfolk I know weren't as lucky. Ha. 'Lucky' to have been less assaulted. Laugh.

"Shaming the victim", "rape culture", these terms sicken me. I always attribute 'culture' to a positive association. Where there is a rich and documented history to be learned critiqued and respected. To hear  that lovely word, although accurately attributed to this phrase agitates me. We seem to have buzz worded any form of actual discourse and treated this whole thing as if we have seen a move. We have atrophied on any common citizenry and that is what makes my heart raw.

As far as the boys and their sentence, I try and see perspective. I wish they would have had more on their time, sure, but what bothers me is this perverse 'support group' of people that are seemingly going to be there to encourage them to get over what happened to them, not have them realize what they did to that girl other than their own consequence.

The girl? It's a part of her now. She is forever changed by the assault, and her consequence it to be the different person she is forced to be because of it.

People say you can't teach someone not to rape. I beg to differ. You can do it the same as you would teach someone not to drink and drive. Awareness. It takes a while to build up that mechanism in your brain that makes you listen to your conscience. "This isn't right." That's the same voice that says, "I probably shouldn't have this third drink."

It's part compassion, part empathy and part integrity. It's part divorcing mob mentality, part morality and part justice. Open the door for someone. Say excuse me. Help someone with their packages. It might seem silly, but these situations glaze over you and make you an empathetic person and that is not a weakness.

Perhaps if one of those boys had learned that, one of them might have said, "Dude, what the fuck are you doing!? Leave her alone!"

Perhaps next time, because sadly there will be a next time.

at March 20, 2013 22 comments:
Email ThisBlogThis!Share to TwitterShare to FacebookShare to Pinterest
Labels: personal

After two mock ups I'm finally starting on the real suit and I'm excited!
Viva is  just under two weeks away, and I gotta look the part!

I picked a middle range stiff woven cotton for the suit mainly because of how the fabric handles. It's not too heavy, but has a great pattern to hide any flaws I may make.

Also, because this is a non stretch suit, I wanted the fabric to be sturdy and hold up after many launders. 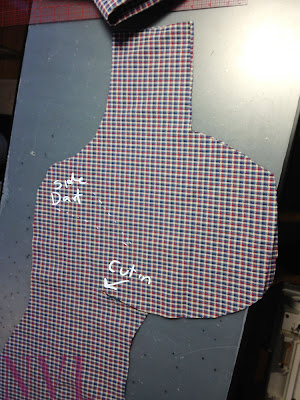 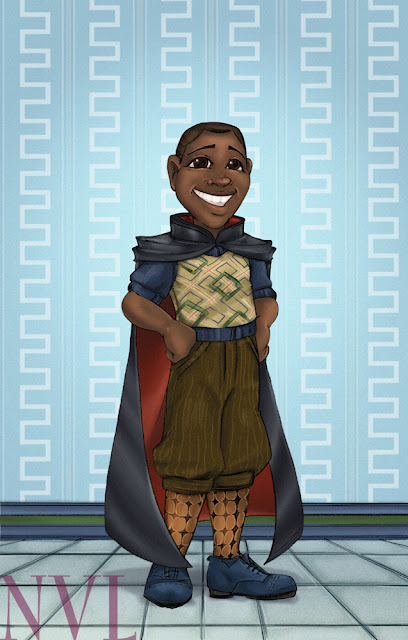 Thanks, Serenity Love Sincere Peace Earth
for coming up with his first name. Send me your address and I'll send you a thank you!

Obe (his nick name) is a magic fanatic. He wants to be a magician when he grows up and loves the local magic show that is broadcast every Saturday morning.

Thanks for all those who contributed names.
I'm working on the Great Uncle and Lady's boss and then I'll start on the weekly strips. Stay tuned!
at March 14, 2013 1 comment:
Email ThisBlogThis!Share to TwitterShare to FacebookShare to Pinterest
Labels: drawing, vintageville

Onda has a new boyfriend. 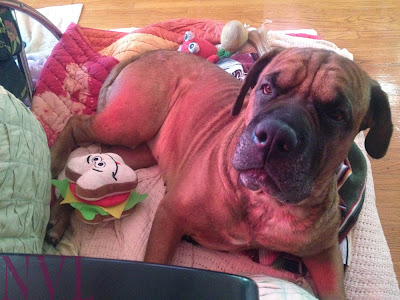 Good morning lovely people!
This weekend has been full of sewing for me. I just got into a zone on my baiting suit sew-along.

As you recall, the first mock up was quite successful, but it did have some minor fit issues. The waist was too large, and I blame that in part to my resistance to do princess seamed garments. I just know that they require so much fitting on my end until I'm happy with it that I don't bother. That and I think they make me look bad, but I digress. 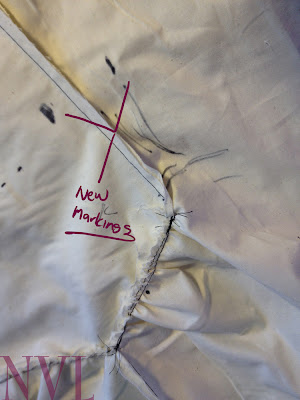 This Sunday I have accessories and some sundries from Sears 1942-43. 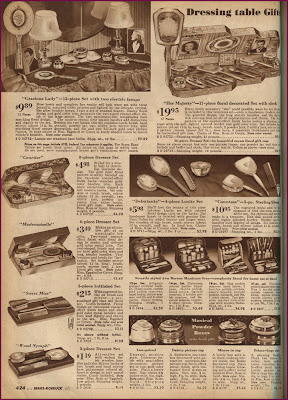 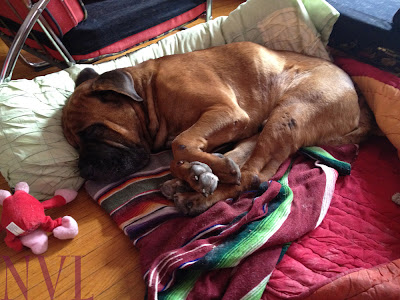 Good morning bathing suit enthusiasts!
Thanks for watching my drawing binge. I've just had these characters flowing in my head so I wanted to get them on paper while I had the passion to. But, as Viva nears, I must get started on this bathing suit if I'm going to do to it what I want to do to it. Oh, I have some grand plans. 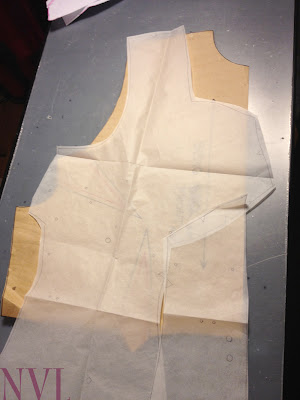 Here is Lady with her BFF, Memphis. These gals love to make goofy faces.
I hope to have this one done by tomorrow and yes, a post on sewing, too :)
Thanks!! 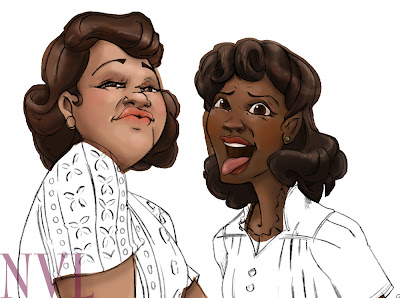 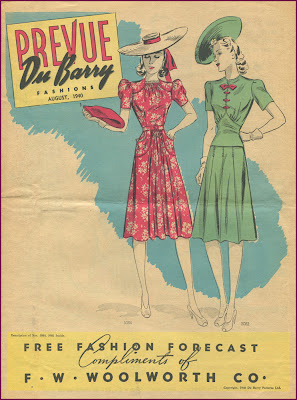