Clothing and accessories are on sale! Help me pay my rent, ya'll :D

Thanks!
at November 26, 2019 No comments:
Email ThisBlogThis!Share to TwitterShare to FacebookShare to Pinterest
Labels: etsy, sale 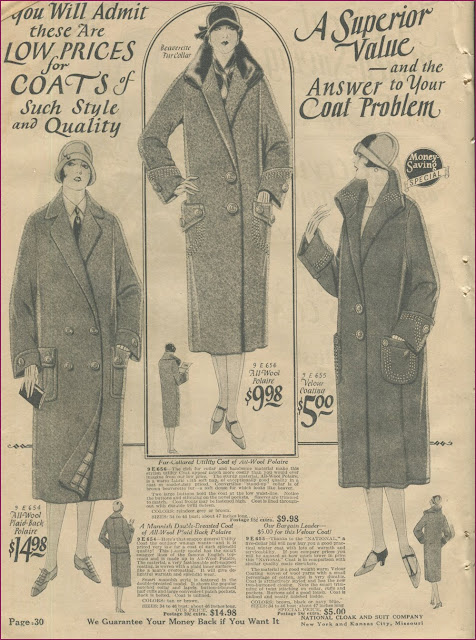 Making the theater production version of The Phantom of the Opera Mask of the Red Death costume: The final-ish pictures

Thanks for following me to the last post about this project. It was a lot to take on, overwhelming at times. 80+ yards of lace and trim, 5 yards of fusible interfacing, 3 yards of black felt, 5 yards of velvet, 8 yards of red fabric, and tons of trips to the fabric district.

Would I do this project again...yeah, I guess.

Would I need more money...Absolutely!

Thanks all!
PS: The hat and shoes were still being finished, and the cape was changed in the end, but you get the idea of eveything :D 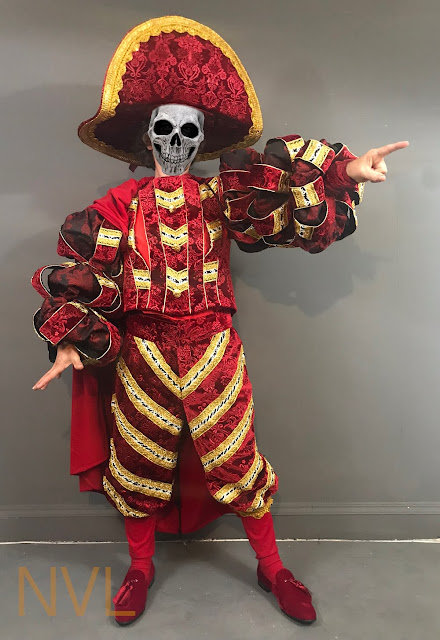 Making the theater production version of The Phantom of the Opera Mask of the Red Death costume Pt 5: the finishing touches

Hi all.
I've showed you how all this craziness came to be, how I made this incredibly rich costume in too little a time, and a lot of the tricks I used (not all #tradesecrets).

I stopped at a point because it would have been foolish for me to continue without a fitting. I had a friend be a body double, and I was finally about to add the bells to the sleeves in their correct places, fluff the sleeves by stuffing them with tulle, and adjusting the fit (mainly the back of the bodice, yay) so that everything hung the way it needed to.

Here are a few of the final things I did. 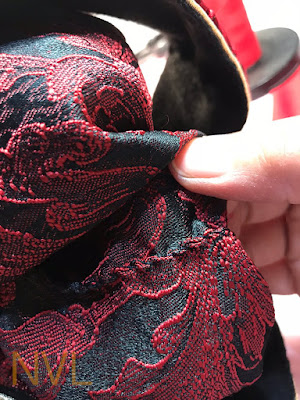 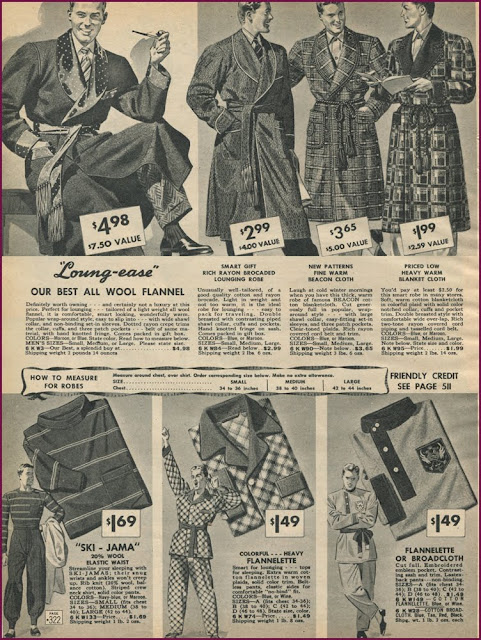 Making the theater production version of The Phantom of the Opera Mask of the Red Death costume Pt 4: the bodice

We are almost there...kinda. This one I decided to do in pictures (mostly) because all the techniques I used for it are described in the previous posts. 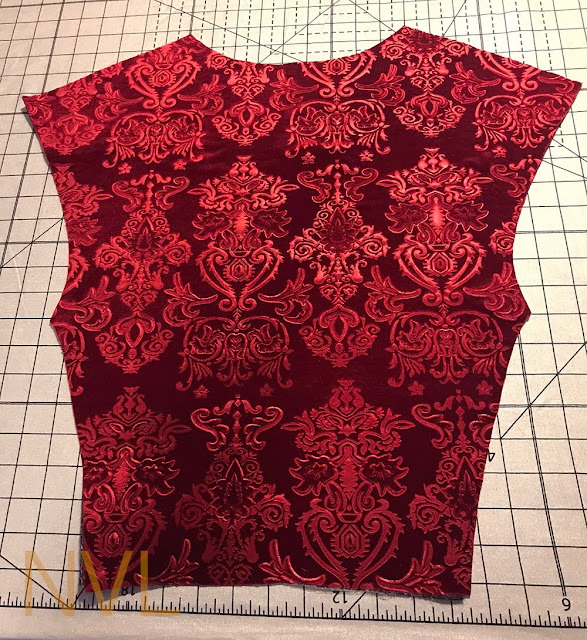 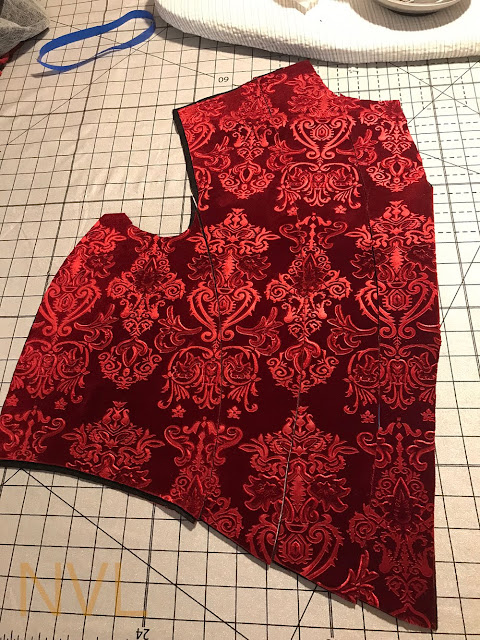 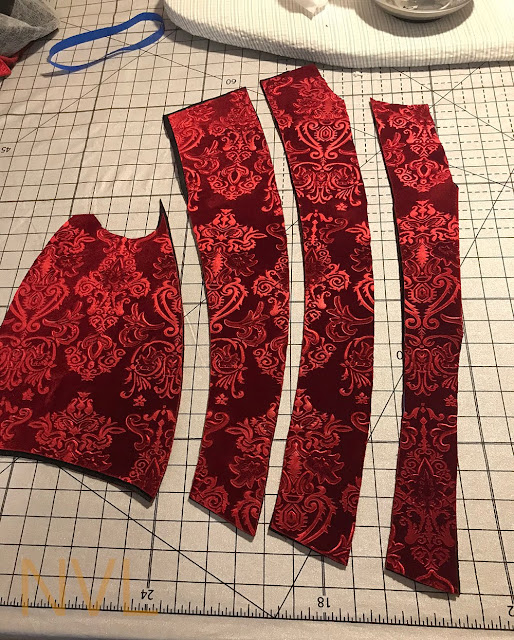 Okay, back to words. This piece I will say was kinda a challenge. The bodice has some exposed parts on the chest to show the business beneath (one reason why I attached the sleeves to a red shit) and matching that and making everything lay as well as I could make it required a lot of tucking and darting and reinforcing.

Once I laid the lace on, and after I contoured the front of the bodice, I laid the pipped pieces staggered to the flat velvet pieces. 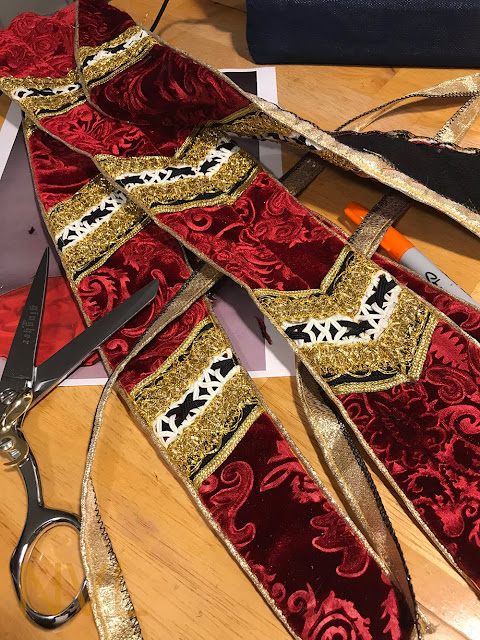 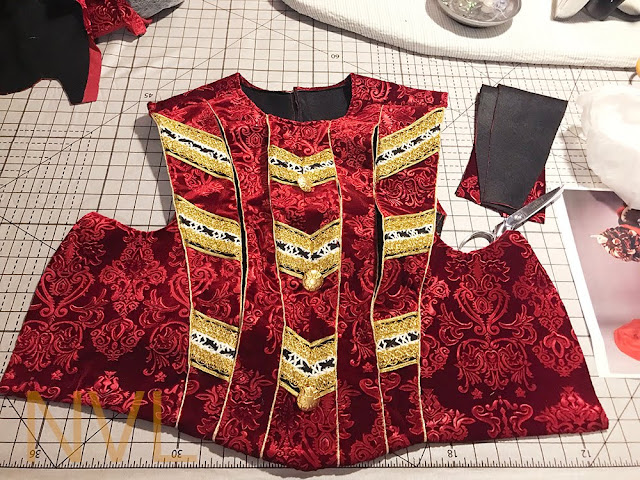 From there I topstitched everything down, hand tacked the bottom of the bodice, and added the buttons. See the gaps in the front chest? The red will poke through. It's a cool look. This bodice fits over the head (a small seam at the back of the neck, and the sides velcro closed because of those sleeves.

Oh, and I made this, too.
It's the lace at the neck. This was just a tube with a drawstring at the top to tighten it as you wanted around the head and chin. 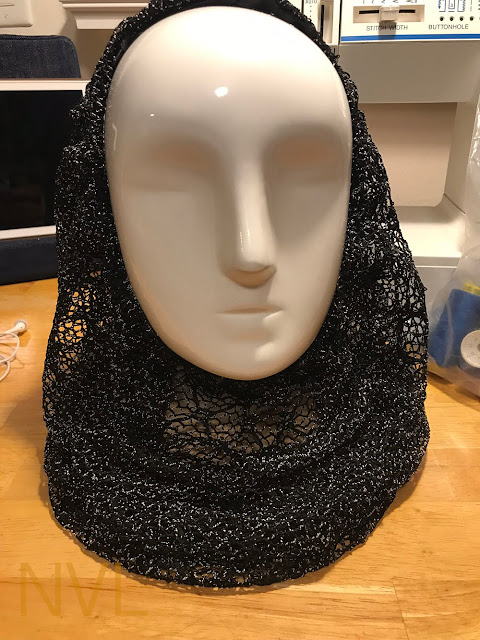 Making the theater production version of The Phantom of the Opera Mask of the Red Death costume Pt 3: Pants

Let's talk about the pants.

I gotta say, this was proably the most uneventful part of the project.
IM JUST KIDDING! These were a nightmare!

Okay, not so much a nightmare, but a pounding migraine in an earthquake.

Let's begin.
This was the first time I was using the stretch velvet in large pieces. As I mentioned in part two, I had to back the velvet because of the stretch, but here, the pants had to have a weight to them, and that meant I had to back them with something a bit heavier.

I used two fabrics to back the velvet. A red cotton polly for the pants to give them a good drape, and for the bodice of the costume, a firmer black felt.

I had a few yards of polly felt that had a good body to it, so I laid out a couple yards of the stretch velvet and sandwiched the fabric infuser sheets between the black felt.

Only one problem, the black felt didn't want to retain the heat of the iron! 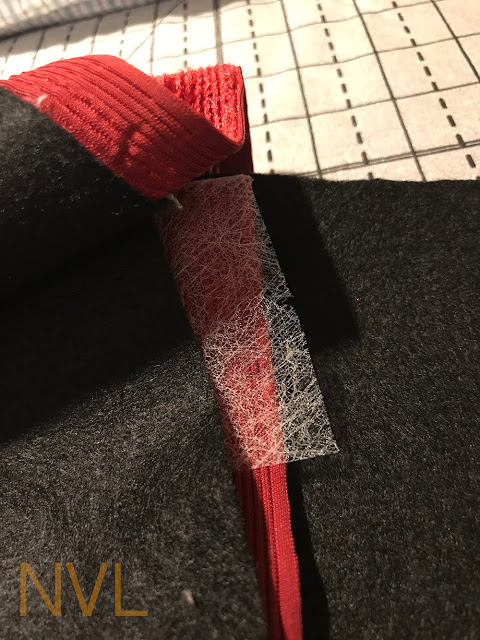 I kid you not. I'd go through a full pass with the iron, pausing for a good ten seconds on each hit with heat and when I checked my work, it's like noting happened.

When dealing with heat and thick fabric and fusible facings, there are so many variables:
I couldn't iron on the velvet because I could crush it or the heat could be too hot and melt the fabric.

If I increased the heat, I could melt the black felt and ruin my iron.

If I paused too long with an iron pass, I could melt everything.

I was still concerned with burning/melting/scorching, so I took it slow. Very slow, like take me an hour to fuse two yards slow.

Okay, for the most part, the interfacing stuck, and the fabric had a good body to it. After cussing, I set the black backed velvet aside and began on the pants.

The pants were primarily a plus fours shape, so I cut them out using the patterns I listed in the previous blog post. 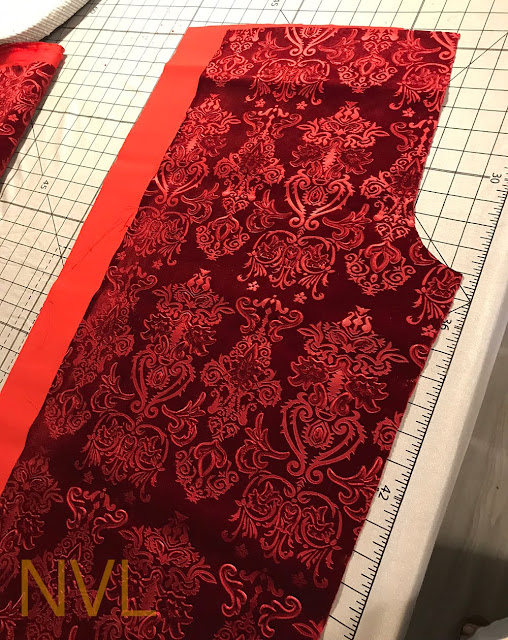 I them laid out the lace strips, which of course are on a diagonal because my life has to be hard! 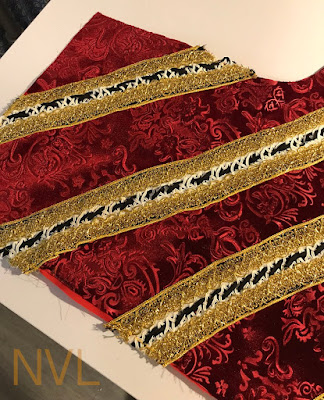 I matched the inner and outer seams, marking them as I cut the lace out. 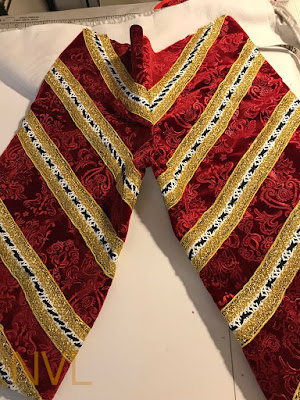 I stitched everything into place, and even zig-zaged over the lace to act as an overlock stitch (that stuff liked to fray). 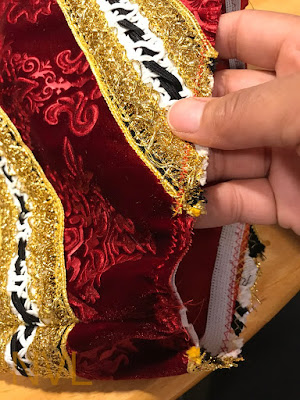 Then with a bit of careful easing, I matched everything up and had the base of the pants.

I added a gathering stitch (by hand) through the waist of the pants and added a waist bad according to the measurements of the wearer. The pants close in the back with velcro.

From there I added elastic around the legs but the fabric was too thick. 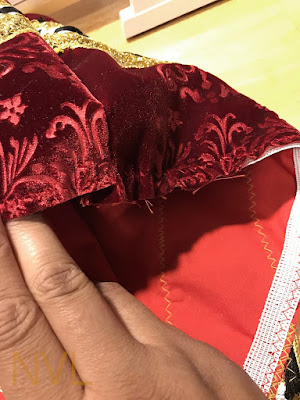 The cuffs of the pants were gathered by hand like the waist and fluffed and a decorative lace was attached. Lastly, to keep the 'fluffy' look of the legs, I added two ribbons to each leg to keep up the gather. 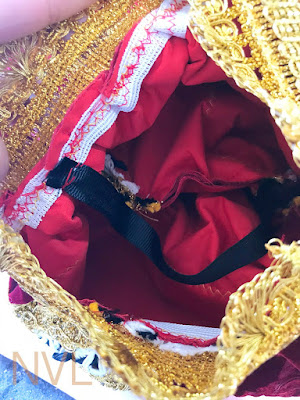 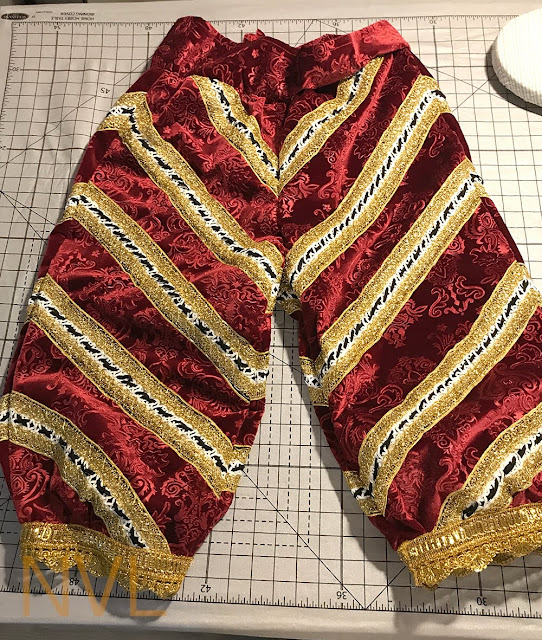 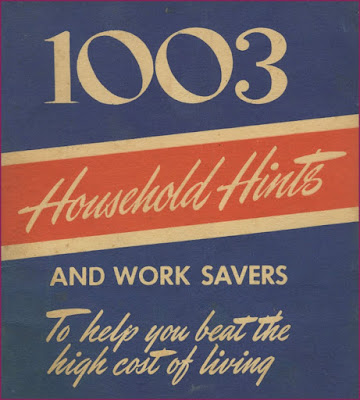 Making the theater production version of The Phantom of the Opera Mask of the Red Death costume Pt 2: Them Sleeves!

Welcome back!
To recap, I made a crap ton of lace to mirror the look of the chosen PotO (see part one post), and now it's on to those amazing and headache inducing sleeves.

Firts things first, I needed to examine the sleeves.
Okay, I really don't know the name of these types of sleeves, I forgot, but it's not like that really matters anyway........

What I needed to do was get the drape and the bell shapes right, but before I could do that, I had to figure out how I was going to make them.

The actual sleeve on the inside is made of that dark brocade fabric that we found at an upholstery store. 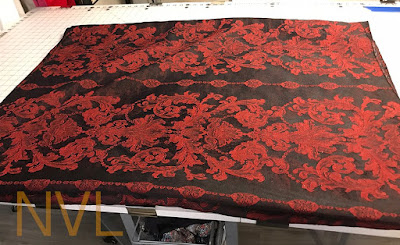 Making the theater production version of The Phantom of the Opera Mask of the Red Death costume Pt1: So much Lace

So...I was commissioned to make this. 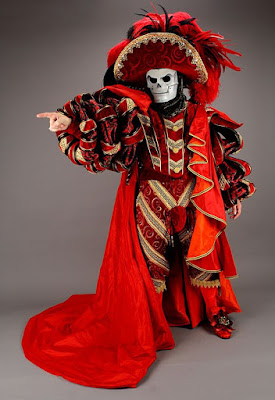 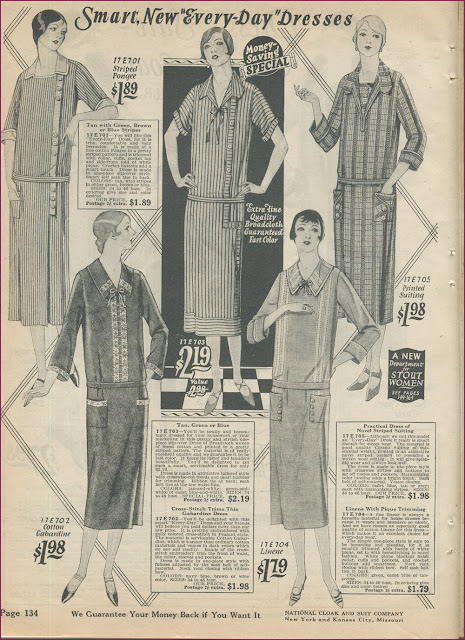