Pictures of my new purple jeans!

I hemmed these puppies this morning right before work. 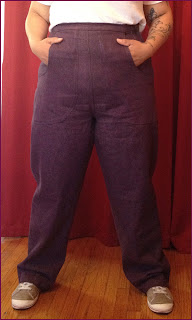 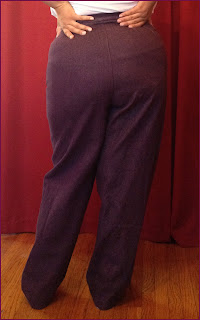 I'm really pleased with the fit, though I could have taken in the waist about one more inch. Still, these feel so much better than those big old jeans I was wearing. It's so strange, the previous jeans were tight when I first made them. Oh well.

Not in any particular order. 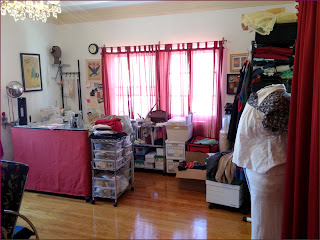 I'm sure you lovely people are tired of me saying how busy I've been. Even though it's true, still, I should have let you know :) 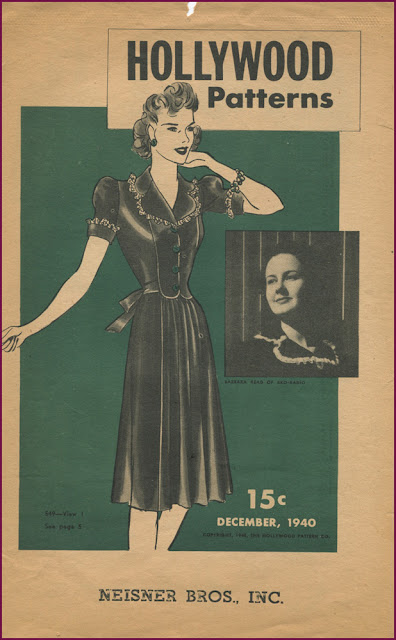 I tried.
Especially since my last post on the topic caused such a firestorm. There was even a reply post on another blog. That blog post failed to see the point, but I digress.

I'm just tired of it. The rejection, the ignores, the flat out no's. On occasion, I can take it, say it's par for the course, and on rare occasions I may have a good night with great leads and fun friends, but when this treatment is more than 50% of your social dancing experience, it gets to be agony.

Last night I went to a bar with friends. One lead showed up and I asked HIM to dance. He looked at me for longer than it would have taken him to answer. "Uuuuuhhh, okay," then we danced a real lame dance. "My arm's sore," he said. "I don't want to overwork it." Yet ten minutes later he was dancing with two other girls more than twice each. I guess it was not worth it to overwork the arm with me, someone else, sure! Actually this night, two injured leads were dancing with other people. That's how special I'm not.

That was kind of it for me. I got up and just walked out and around the block for about half an hour, and cried. Then I just walked home (I only lived a mile away from the bar). I don't know what I'm doing wrong and I'm tired of trying to figure it out. I was with my friend, and I am at the least just as good a dancer if not better than her, and she kept getting dances more times than I can count.

Leads, do me a favor. When you are scanning the crowd for a girl to ask to dance, ask yourself, "Why am I asking her?" or, "Why am I skipping this girl?" and say your gut reaction out loud. Then wonder, is your reason kinda making you a douchebag?

If you say, "Well, she's not that good a dancer yet," did it ever occur to you that she might become a better/faster dancer if someone would practice with her?

Because all of this happened, I'm actually less excited about Camp Hollywood now. One reason is they gave armbands based on skill level; beginner, intermediate, advanced, etc. I was actually looking forward to getting an advanced arm band, because then MAYBE some would see that instead of me and actually dance with me based on my skill! Novel idea, I know. But Camp Hollywood has done away with skill level registration. Fuck. Now I'm back where I started and because the dances tends to be follow heavy, I have a feeling that I'm going to be sitting out of a lot of dancing.

I am this close to holding up a sign that reads, "I can dance too, I'm not invisible!"

I'm just not clique-ish. Never have been. Even in high school, I shunned away from only one group of friends. I'm finding a lot of dance folk cleave to their own and it's really hard getting in that inner circle. And if that were my goal this post would have a different title.

I just wanted to dance. I did't know it would be this difficult to do it.
So I guess it's just classes for me for a while. At least there I know I'll get to dance.
That's all I have to write.

This Sunday I have fun and sunny fashions from the the early 1940s. 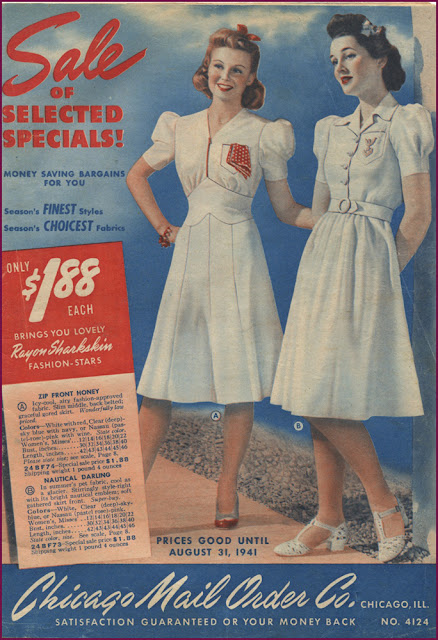 What a lovely afternoon it is!
I'm at home right now, sewing since 8:30.
You see, about 6 years ago, I made quilted potholders one Christmas for family and friends. I was talking to my Granny a few weeks ago and she asked if I could make her another one.

"You are still using it!?" I said in disbelief.
"I use it nearly everyday."
Now, I can't tell you how awesome that made me feel, "Of course I'll make you another one!" 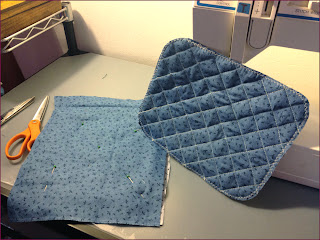 Woah, where did the week go! 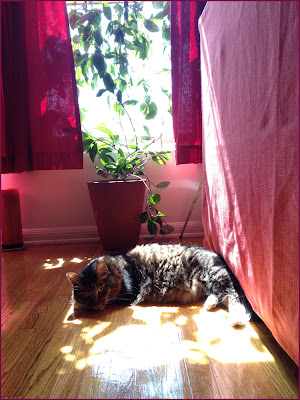 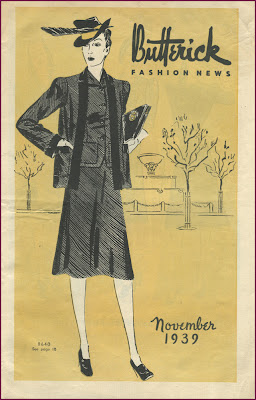 It's Saturday and that's shopping time.

Just letting everyone know that I'm purging my closet some more and listing a lot of everyday rough and tumble blouses in my store. The kicker...They all are $25-$45!!! 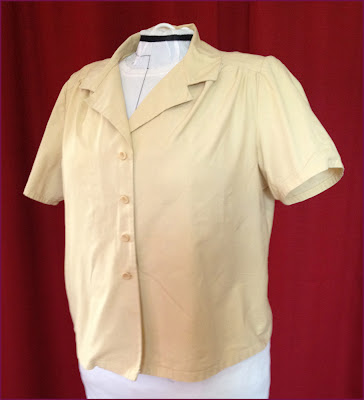 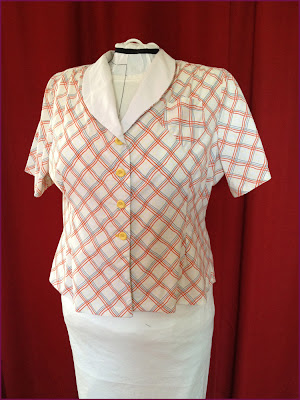 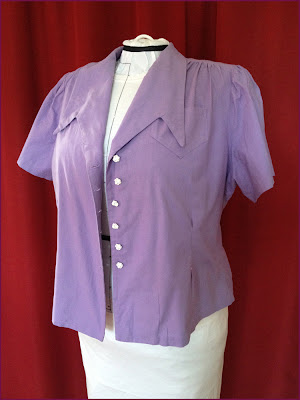 I've worn these kicking around the house, going to dance class, or just a top a t-shirt for some color. The patterns these are made from are from one of my 30s repros and a 40s blouse pattern I have. All are finished with vintage buttons.
They have a lot of life left in them and I'm sure will go to a great home. 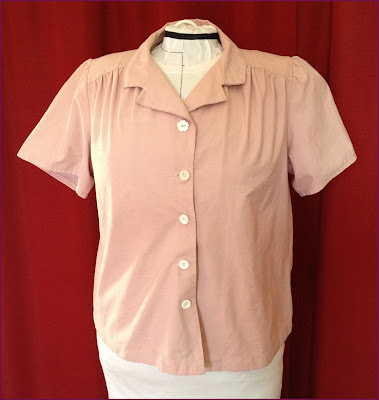 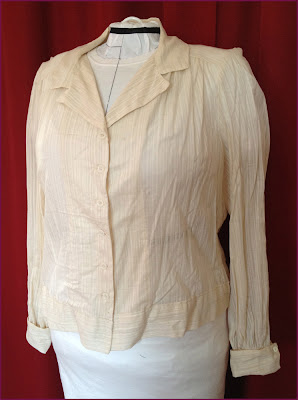 I'm listing about 10 total so check all this coming week.
Have a great weekend!!
at June 09, 2012 2 comments:
Email ThisBlogThis!Share to TwitterShare to FacebookShare to Pinterest
Labels: 1930, 1940, blouse, buttons, cotton, etsy

Gee, where to begin! It's been a crazy week. Just got word at work that my department is getting more people. Like 6 or seven! So I have to look through tons of portfolios and choose the right people for the jobs. Plus set up a new department and get all the needed stuff ready. Whew! Its exciting.

On top of that, I've been dancing my 'arce off, but last night, because I stayed late at work, I decided not to go dancing and that was a good decision. I got home about 6:30 last night and decided to take a 'quick nap'. Turns out waking up at 12:30AM means you've had you night's sleep! So here I am! 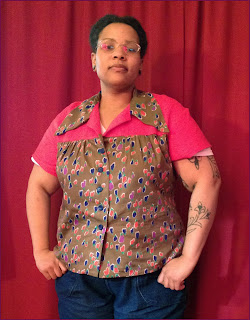 Last Saturday I was invited to a splendid event.

It was my first, and it was a blast. The theme of these dinner parties is that you come as a character, there is a plot weaved through the evening and clues, murders and surprises are revealed. The party was the opening of a new speakeasy by a notorious madam. She was married to the new crime boss and the backdrop for it all was 20s prohibition.

I was a rival crime boss' wife and my job was to not let guests figure out what my husband did, and find out who killed our two best hit men.

I don't do 20s often because I find the look very high maintenance. So when I decided to go that Friday night, I thought, could I make a dress for it? Could I? 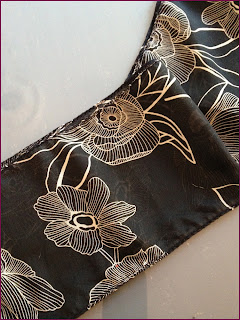 A new blouse is finished!

Gooooooood morning one and all.
Isn't it great to be busy? I love it. It makes me feel kind of important and even thought I have tons to do, in those brakes of chaos, I try to find something that I can do in order to fill the few hours.

Making clothes for myself lately has been the 'fill in' time. Normally, I can dedicate sewing to its own day. I do miss that, but I'm having so much fun lately, and I'm looking like a hobo in my oversized clothes, that I really needed to find, or rather make the time to get my behind some new clothes.

It has not been easy, but actually, eating better helps. I'm not always tired after work, and I can cram in a couple hours of sewing before dance class, or whatever else I need to do.

So the 30's blouse I was starting on a little while ago has been all fitted and ready to go. It just screams two tone, though, I want to do one solid with cool piping. 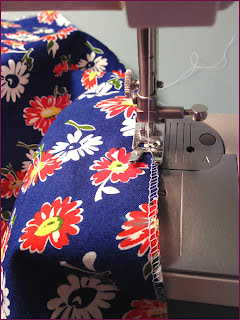 Day Project: Changing the clock movement of my starburst clock

Happy Monday everyone.
Man, did I have a packed weekend of dancing, murder, and more dancing.
More on that later.
I was able to squeeze in a small project here and there, one being the 60's atomic-ish clock I got a couple weeks back. 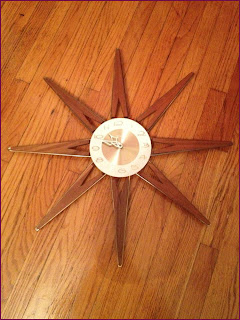 This Sunday I have lovely items from the Sears catalogs of the early 40s.
Enjoy!! 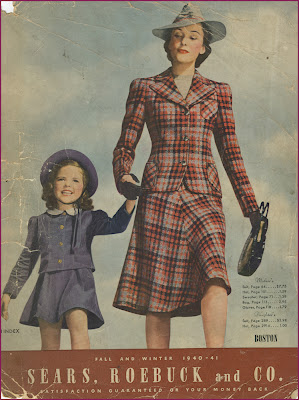 First, I'd like to thanks you all for your comments on my previous post. They were honest, encouraging, and very insightful. You all are awesome.

For what it's worth, I went back to Lindygroove last night and I guess I must have purged the bad thoughts from my mind in that post because I had a good time, and I was worried I would not. I danced, had fun, and didn't care. I think that was the most important part. I didn't care. So thanks you all. I feel a lot better.


Now back to sewing:)
This past month was not very pattern heavy. 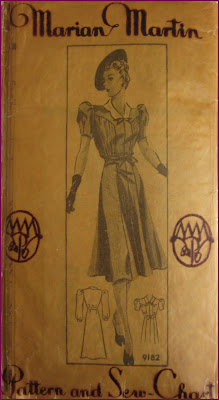