I just wanted to drop a note of thanks to those of you who have reached out to me from my previous post.

Thank you so, so much.
It makes me feel seen, acknowledged, and not so in the dark.
Thank you.

I'm still climbing up hill, so just if you can, send me words of support every now and then. Donate if you are able. Just bear with me, I'm trying as hard as I can.

Thank you all and more posts and patterns soon.
at February 24, 2020 No comments:
Email ThisBlogThis!Share to TwitterShare to FacebookShare to Pinterest
Labels: personal 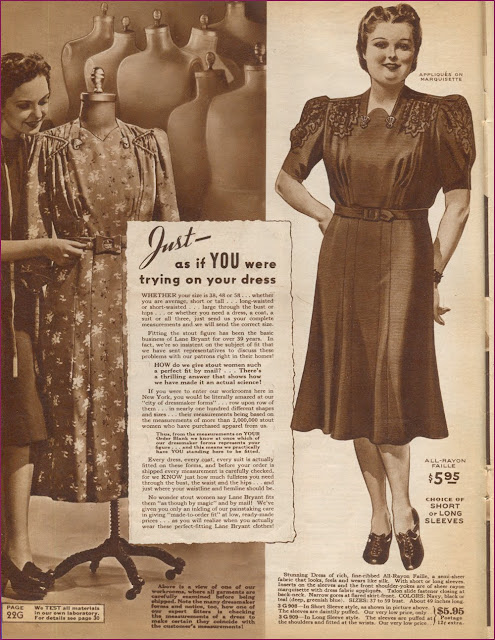 I'd moved from Hollywood to Los Feliz, after being able to make rent by reselling vintage patterns. It was so much fun, but I saw the end coming. It happened in two steps, the insane pricing of vintage patters on eBay, and Etsy changing their algorithm that practically decimated me.

I went from making $800 a month, which I used for rent, to making $60 a month - in a month. Etsy then wanted me to pay for "advertising" which basically only made me enough money to pay for the "advertising" so I could see this stream of revenue was dying fast. My etsy store has still never recovered.

Luckily, I got a job as an animation director for a small company. I wasn't making a ton of money, but it allowed me to move to a great place and start to act like an adult.

The thing was, the job kinda treated me like I didn't know what I was doing, or rather, one of their people did, who had an ear with the boss who hired me, and was undermining my decisions of me and my team.

I was let go after a year.

Now, I'd been working on paying off things diligently just so I could get into a place to start some hard core savings. I was ready for it, happy to be in that place in my adult life, but it didn't happen.

For over a year I did under the table work, sewing for people and some business, and living on $14 in groceries a week. Unemployment covered my rent (thanks Obama) but I couldn't pay really anything else enough to get head.

I began selling a lot of my vintage collection, a trend that I still do and there is not much left.

I think my average for job applications was 40 a day at that point. I went to job fairs, asked around, and cold called. People really never help you get work. That's something no one tells you.

I had the opportunity to move to a place in San Gabriel, which was out of LA proper, but the rent was half. There my dog and me shared a 250 sq ft room and a shared bathroom with two of the most horrible girls in the back unit of a converted apartment of someone I thought was my friend.

I was so grateful for the chance to move. Thought I was doing okay, but then, she complained about the electricity, and when I told her the girls were allowing everyone - like three to four people at a time - to come over and use the shower (OUR SHARED SHOWER) and wash their clothes, I got a rent raise.

Luckily, I was working at an animation job back in Hollywood, actually a block from where I originally lived when I sold patterns.

It was full time, but I was a "contract worker" and even though I was doing the exact same job as other employees, they got medical, 401Ks and all the bennies. Yeah, California cracked down on that shit, but it was too late for me to benefit.

My 'friend', the one I was renting from, wanted me out at the first of the year. Why, she's still never told me, but after raising my rent 30% for no reason, I really didn't care. I had enough saved to move with the skin of my teeth, but then my dog got sick, and I had to help him.

I was working on my Kickstarter project at the time, and the first one failed. You can't understand how defeated I felt. Like I didn't matter, like it was all over. But I got so many encouraging people telling me to keep going, so I did, and I was able to meet the goal!

I moved to where I am now, worked on patterns, had a good gig sewing cosplay reproductions and vintage repairs, and even though I was doing 16 hour days at a time, things were looking up.

The first to go were the vintage repairs. Though they liked my work, they were friends of the person I moved away from, and though I can't prove I was ghosted from that work, I think I know why.

Next, the cosplay job I was sewing for just never paid me on time. My rent started being late, I began hemorrhaging late fees, and I had to divert money and other things just to stay afloat all the while making clothing for them. I was doing 2-3 jobs and only getting paid for one.

When I did get paid, I'd have to use a lot just to cover late fees and missed payments and it was a mess I honestly am still recovering from.

Then there was the check fraud of Christmas 2018.

I thought I had a couture sewing job, but that fizzled out. Thought a storyboarding gig was gonna start but now the date is "up in the air". I got a long, looooooong list of stuff like that. A graphic novel, a cleaning job, working fast food, you name it.

Even thought about sex work for a bit. Not shaming, I have some friends who do it and was curious. But it's not for me, or at least what I was thinking about doing isn't for me.

So here I sit typing this, looking at an NVL pattern on the dress form that I have to get back to after I apply to another 30 jobs. That's my goal, 30 jobs a day.

Oh, funny note: I've had a recruiter call me a few times, as my resume keeps popping up for some jobs she is looking to fill. Now, my resume is quite diverse (link here) and she ACTUALLY SAID something along the lines of "I really only want to fill jobs with people who will love them, not just people who need them."

Wow, Karen. Thanks for that.

My family can't help me. Well, my granny was helping me a bit, but her sons cracked down on that. They think I'm out in California living on the beach and drinking cocktails or something. It's amazing how you can feel the loss of $100 a month when your budget is razor thin.

That's where I am. 100% on my own. Pushing a boulder uphill in mud while dogs bite at my heels. I've been doing this for years. I never know how I'm gonna make rent, or even get groceries. But I have a lot of dry goods so I'm going through those.

It feels embarrassing, because I work so fucking hard, and all that labor just evaporates. SO I say to myself "Well, I'm not working hard enough" but what is hard enough? 20 hour days? Done it. 4 hour commutes? Done it? Working below min wage just for "opportunity" HA! I'm doing that right now.

It's amazing seeing other people in my social circle who have houses and full time jobs, and I have the exact same education level as them, but I wonder if it was wise of me to spend that $6 on the beer I just got when I go out with them. And then I think, this is all I have, I should be able to enjoy it, but I spend the night thinking if that purchased will affect my budget, and it most likely always does.

I just needed to vent.

Here is what I'm working on now.

If you drink, I have a podcast.

If you like sexy books, I did the cover for this writer.

If anyone knows of a job in my field, show them my website(s).

Thanks!
at February 20, 2020 4 comments:
Email ThisBlogThis!Share to TwitterShare to FacebookShare to Pinterest
Labels: personal 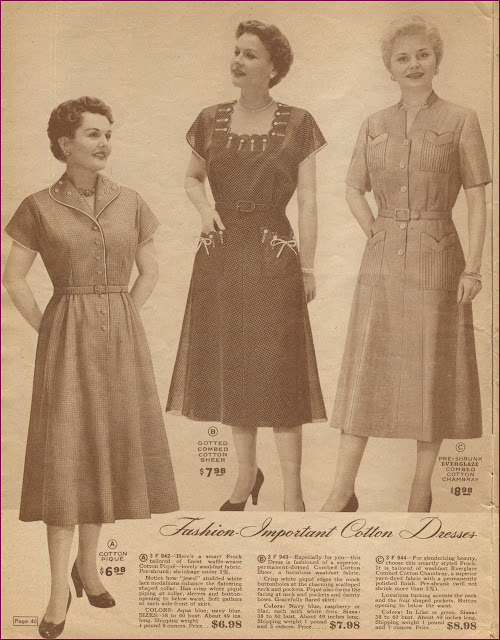 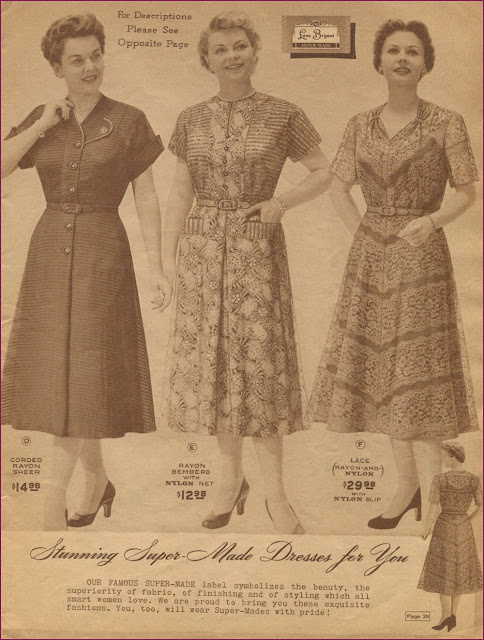 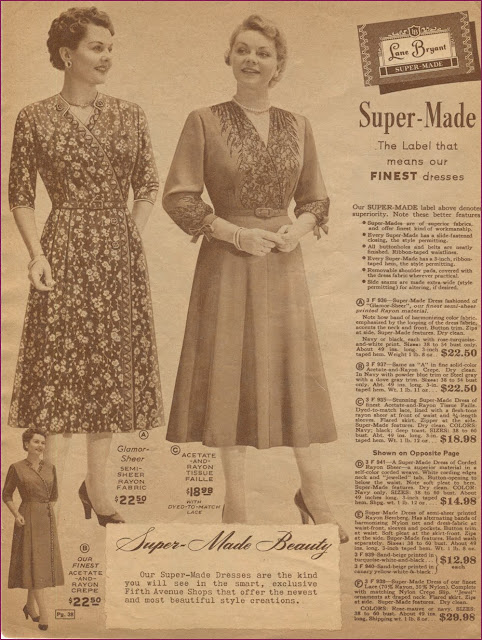 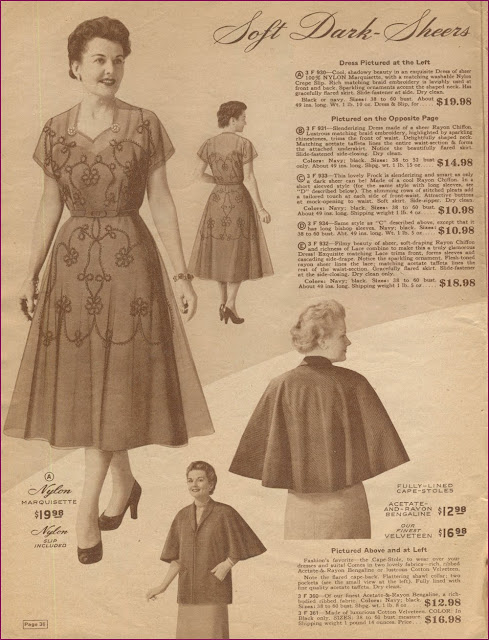 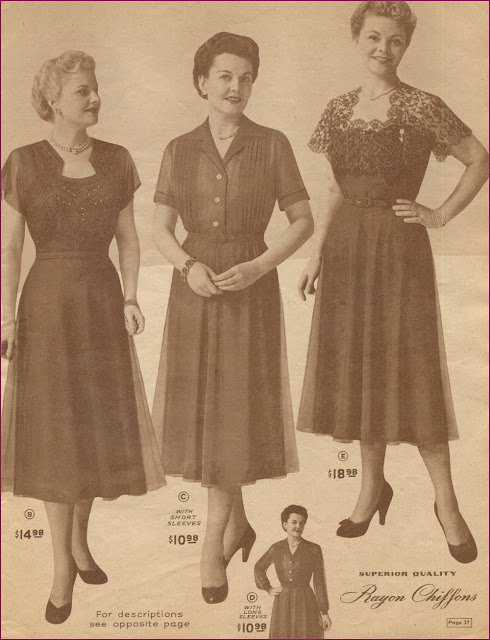 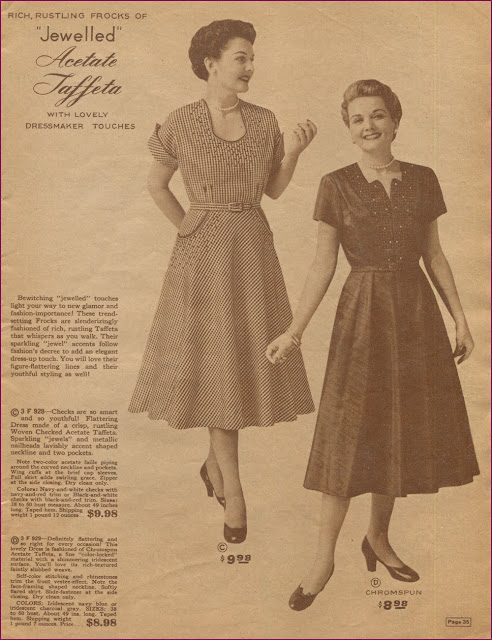 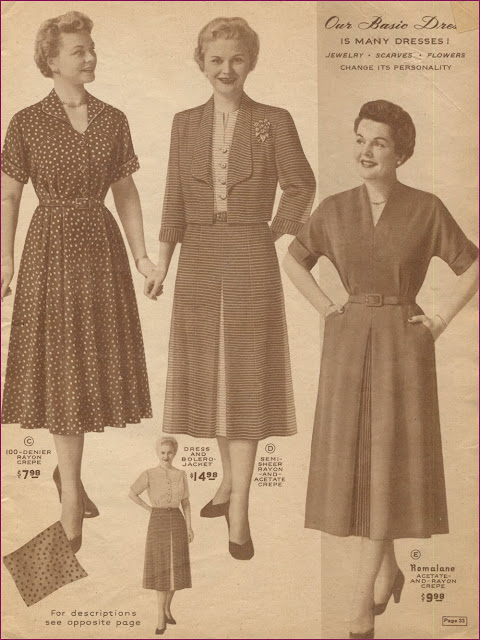 Today's Catalog Sunday is Butterick May 1940 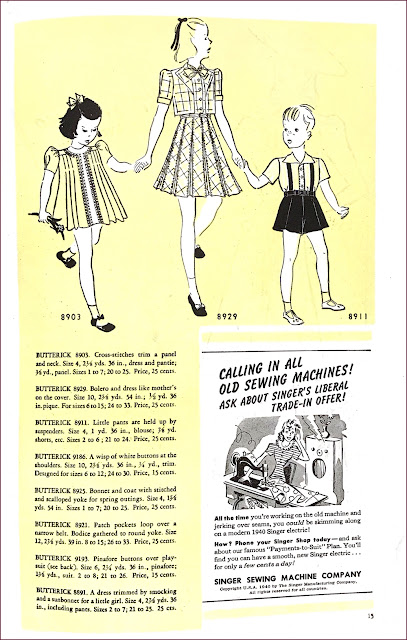 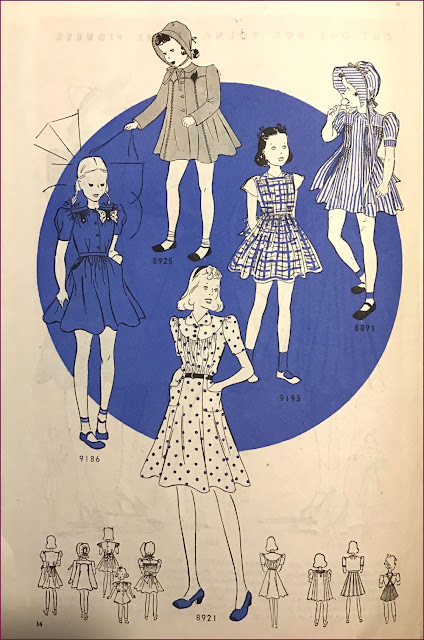 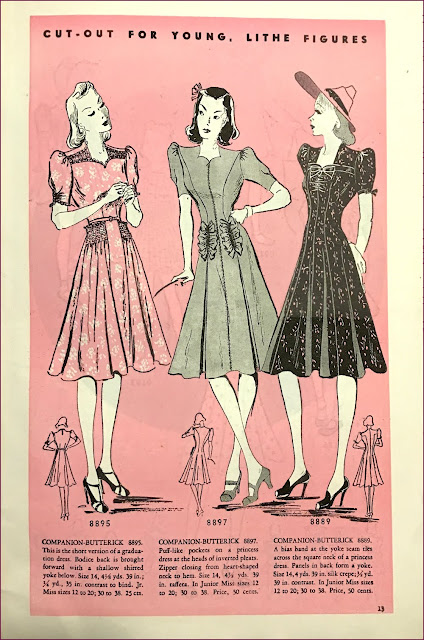 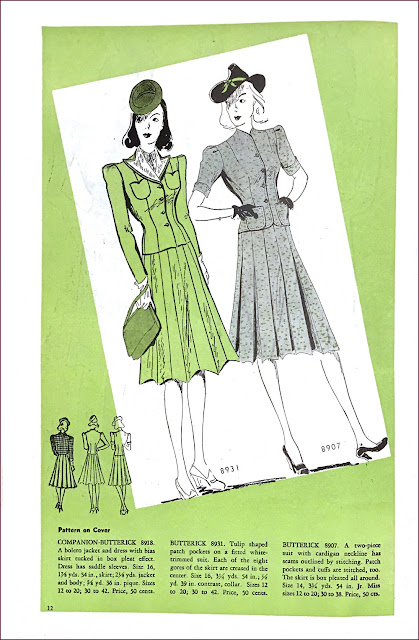 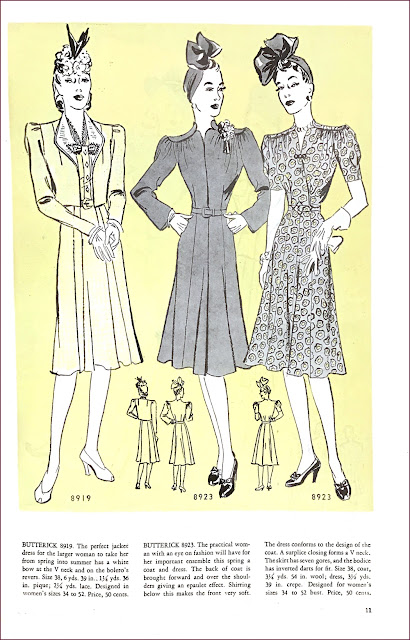 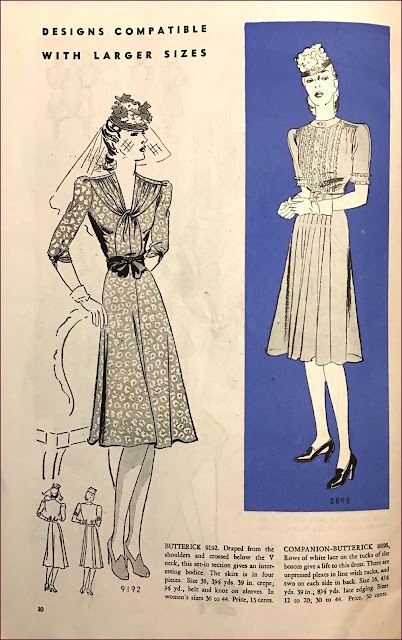 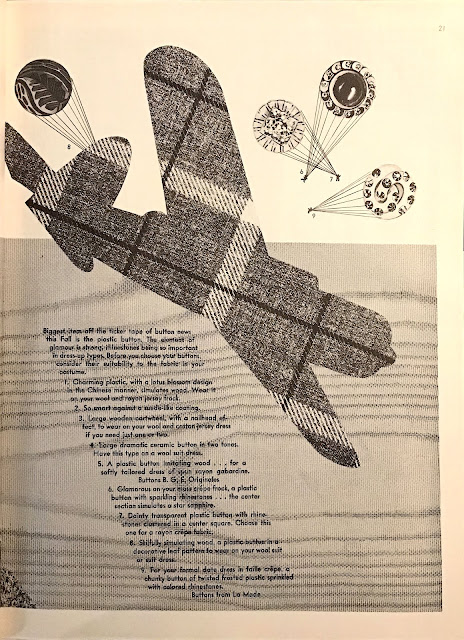 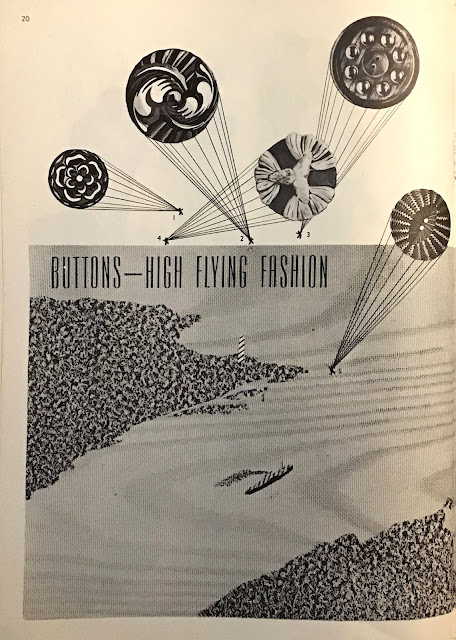 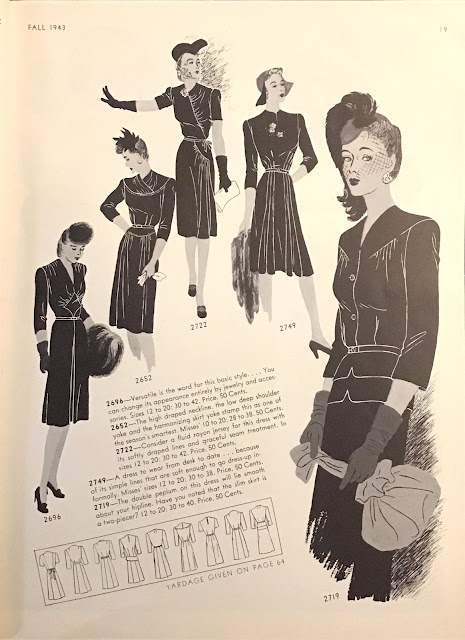 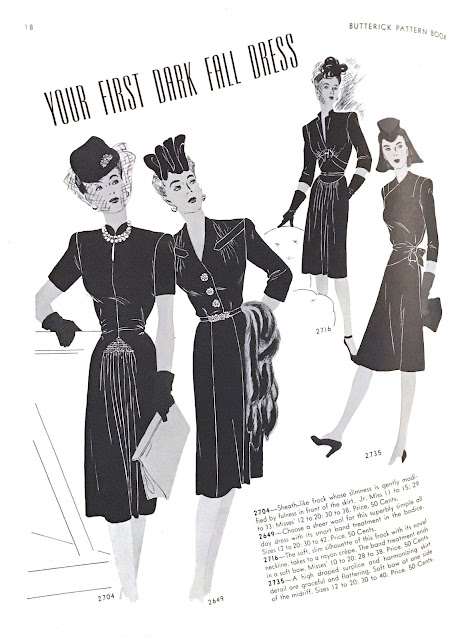 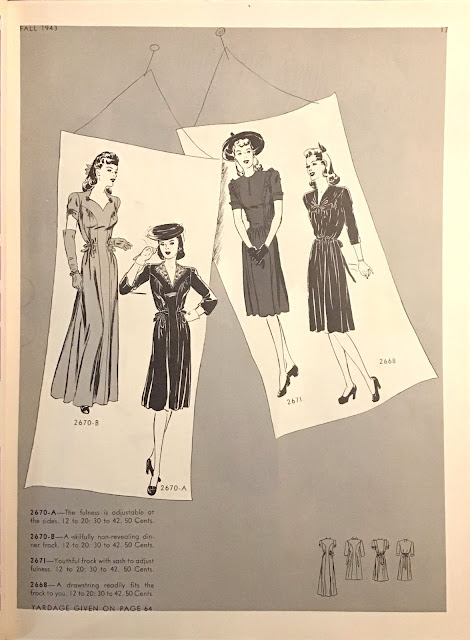 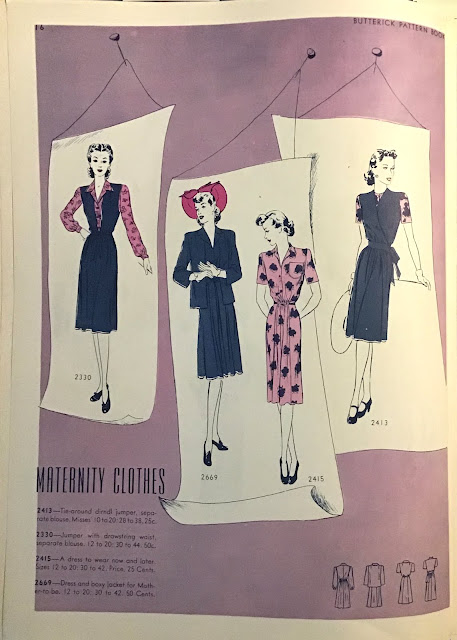