Finally I got the videos and the pictures of the suit!
First things first, the rest of the tailoring info.

As I undid the previous mending on the seat of the slacks, I paid extra close attention to matching. My main match was the seam that was from the waistline to the seat. Sure, it caused the pinstripes to me slightly mismatched, but that was from the original cut, there is nothing that can be done for that. 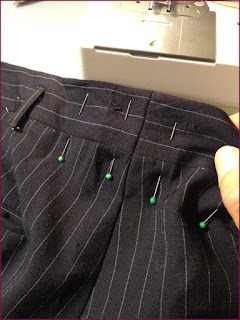 As I cut the slacks down, I decided to trim the served edge with some ribbon. Most of the vintage ribbon I had actually shredded in my hands it was so old. I decided on some more recent ribbon (80s) to trim the pants. Worked like a charm. I turned them under, whip stitched by hand, and presto, slacks are done. 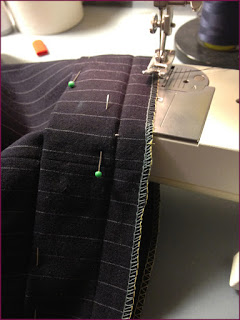 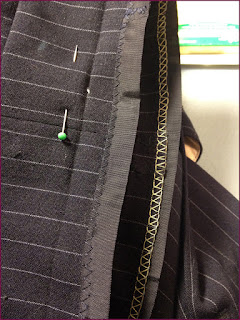 The button on the jacket was another thing. I had to go in beneath the seam on the lining. From there I took out about 5" of the seam and go to the button and the facing on the inside of the jacket. There was two layers of facing, but the button was only sewn through one of them. 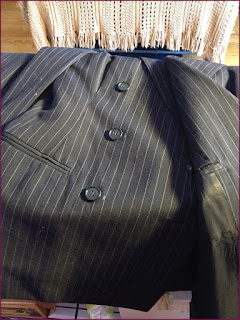 The button thread was super thick and I knew there was going to be stress on that area, so I had to make extra careful that I didn't  cut through the weave of the fabric when I was taking the button off.

From there I carefully took of the button and moved it in one inch. Sewing it back on took about ten minutes because I had to make sure I didn't sew through that second layer inside. The overall outcome was really good, though the old button placement was still there.

And here is the finished suit on my friend, Craig. 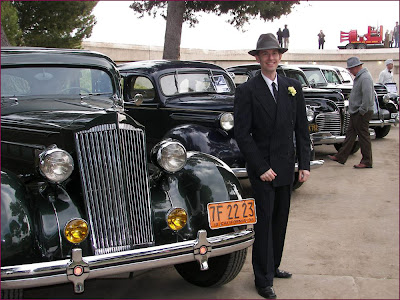 And now we go to the Air Raid!

This year was so much fun. The weather agreed with us and the dance floor was outside. The exhibits were grand and so many people. 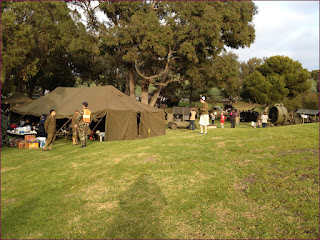 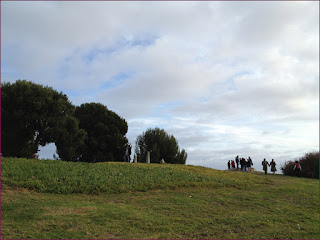 One thing did happen to me before the road. A woman was standing up top above the dance floor and her purse fell and landed on my head! At first I thought someone had bumped into me, but no. It was a big heavy purse, and falling form 20" feet was not pretty.

One of my friends took me to get checked out. I was fine, but I should have taken money from that woman's purse as 'distress' :) So for the rest of the night I was 'oh, that was you!' It was strange. 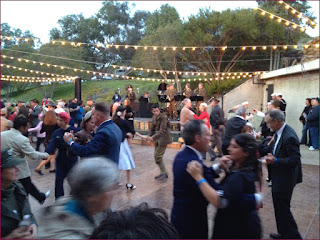 Here are some videos of the Air Raid performance. 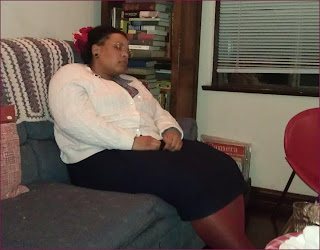 After that great day of fun and dancing, I went to a cocktail party. Three drinks, a hit on the head, and a busy day resulted in this. Justly deserved, I think.
at March 05, 2012
Email ThisBlogThis!Share to TwitterShare to FacebookShare to Pinterest
Labels: 1940, Air Raid, alteration, cocktail, dance, event, suit, wool