My couch is finished!

FYI: I won't be posting anymore to SewRetro. I'm sure it's run by swell people, but since the switch to wordpress, it's become more 'vintagey' than actual vintage, and that's just not my deal. My last post of vintage furniture was not in their 'guidelines' so they took it down even though I've been doing Catalog Sunday for years on the site (with other furniture posts I might add). I wish them luck, and it's not like I did much contributing in recent months anyway :) So be sure to mark your own calendars for my Catalog Sunday posts which will be about whatever the fuck I want them to be about! :D


Okay! Onto the couch. It's finished! And I love it. 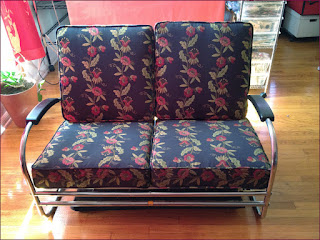 Ten yards of fabric, FORTY yards of piping, eight 30" zippers,
and four broken needles later, I have a finished sofa. 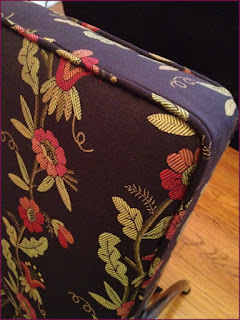 I'm really, really happy with the outcome of this couch. The second couch is still on its way, so I hope to get it soon. Out of the eight cushions that I needed to do, I've completed 6 and a half. I knocked out three cushions this past weekend alone! 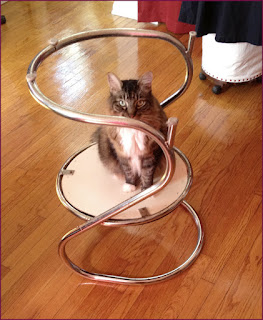 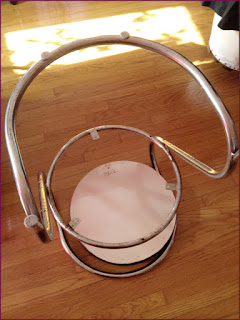 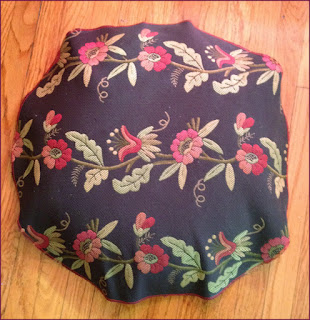 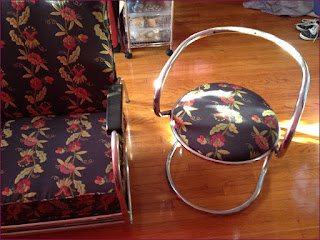 I'm also in the middle of reupholstering my chair, too! The back is drying now, but it's almost complete. I've loved this project but I'm ready for it to be over :)

Now I can get back to making clothes. Speaking of which,
I've listed tons of my dresses in my etsy store. Take a look!

Alright everyone, have a great Monday!!

at May 21, 2012
Email ThisBlogThis!Share to TwitterShare to FacebookShare to Pinterest
Labels: 1930, 1940, flower, furniture, progress, royalchrome, upholstery