A couple weekends ago a bunch of my social friends and I were finally able to deliver a package that we all had been working on for about 8 months. It's a group project that just kept getting larger and larger and it was for the son of one of our swing dance friends whom have moved back to France.

Their son, Louie was 10 and such a cool kid. He loved to play with the band that hands around in the group and they took him on as an honorary member. Our group, lead by a great person, decided to make a box, vintage style, and fill it with a washboard, videos by the band members on how to play it, interviews from all us friends, and some other odds and ends. It all needed to be packaged in a great box, and that's where I came in. 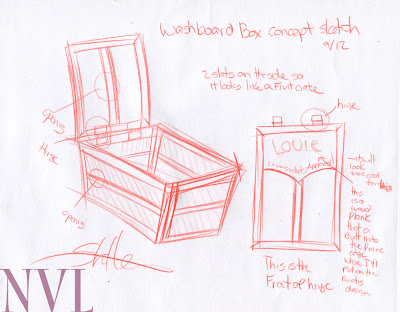 I was approached with the project o f designing the box/crate for the gift. We wanted a fruit crate 30's kind of feel. Here was the sketch I gave a prop maker in the group who made the actual box. 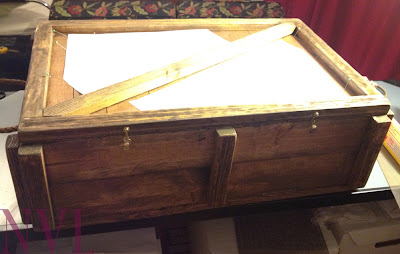 It didn't end up exactly like my design...pretty much at all :) But it was cool and now I was able to channel my inner sign painter and paint the band's name on the box. The challenge was I had to work around this crazy plank in the center of the box! 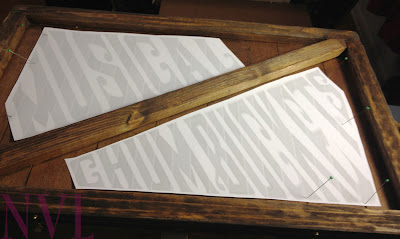 I choose a 30's font, and began working on the lettering. I did a glaze of gesso to soak into the wood (which was finished in oil at my request). 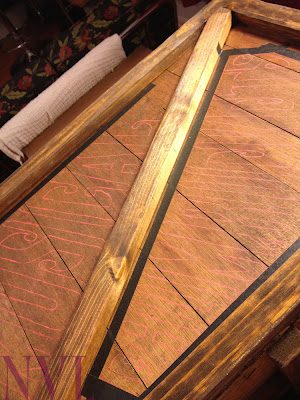 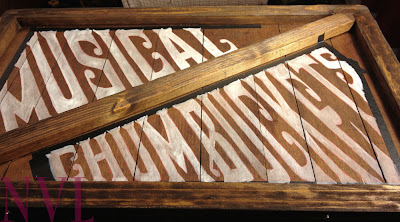 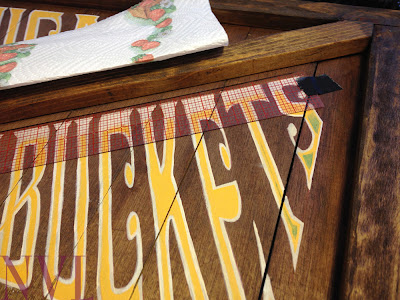 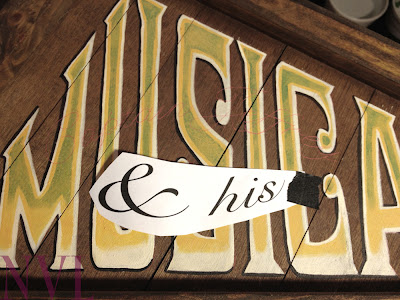 I then did some intricate had lettering in a script font. 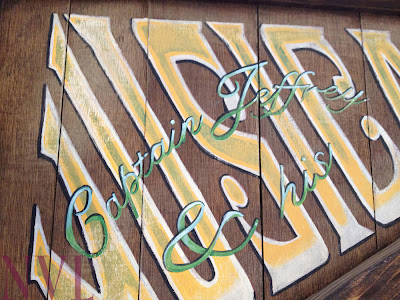 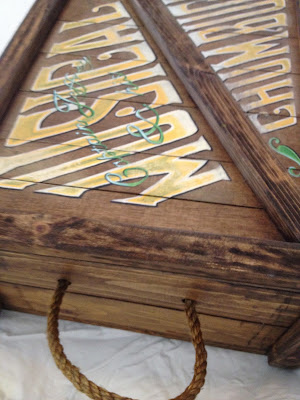 We replace the hardware and I did some distressing on the box, and presto! 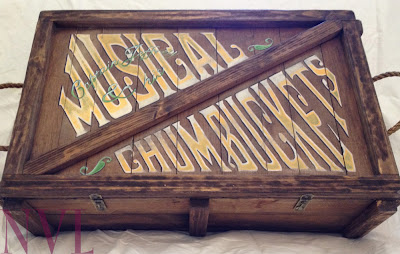 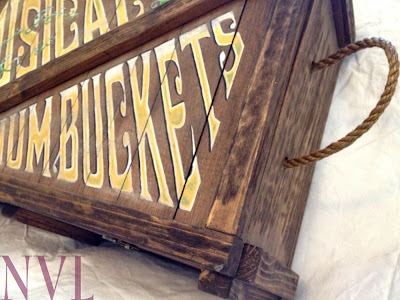 The lid was taken and everyone who wanted it signed the inside. 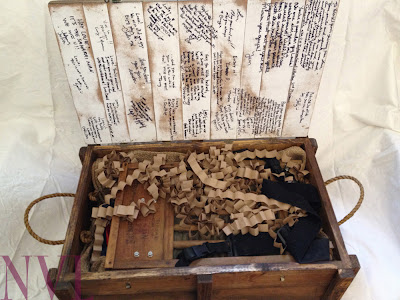 I made a burlap billow for the inside of the box, and added some 'paper filler' to make it seem like the box is packed like produce. Then it was filled with the presents. 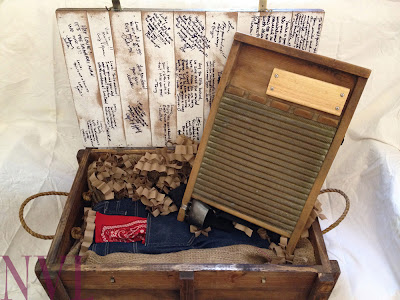 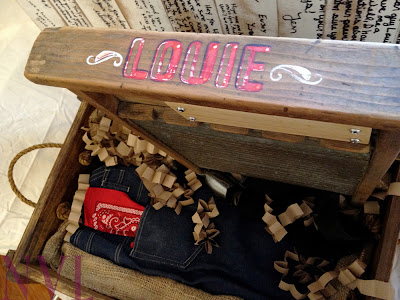 I even had time to write Louie's name on the top of the vintage (1930's) washboard that we got for him.
We had planned on sending it to France for them, but they were in the US and our friend was having a party so presto! It was perfect! 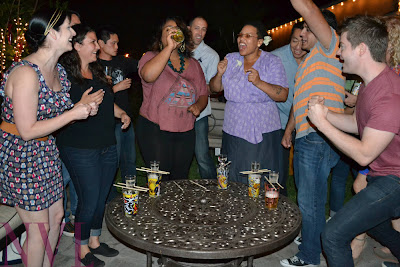 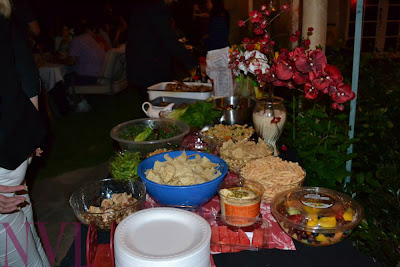 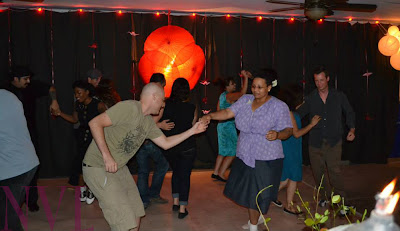 We pulled the family away and made a special presentation for them. 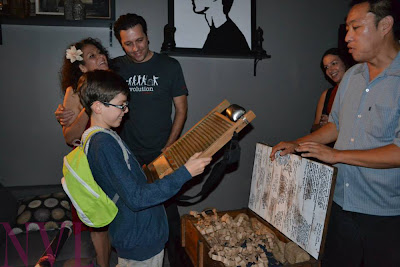 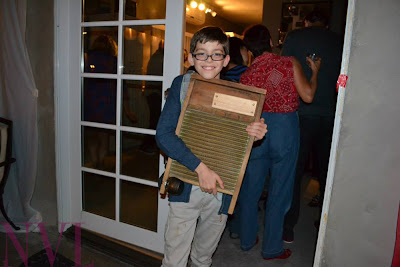 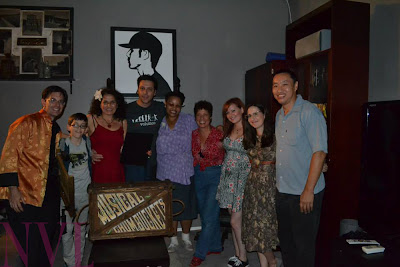 It was a big success! 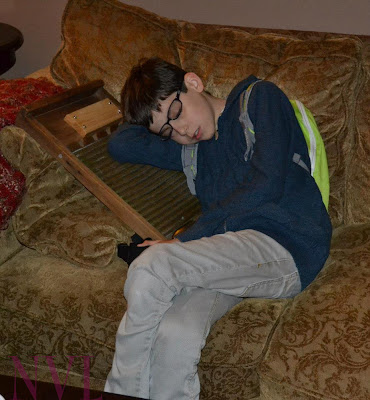 at July 19, 2013
Email ThisBlogThis!Share to TwitterShare to FacebookShare to Pinterest
Labels: 1930, event, progress