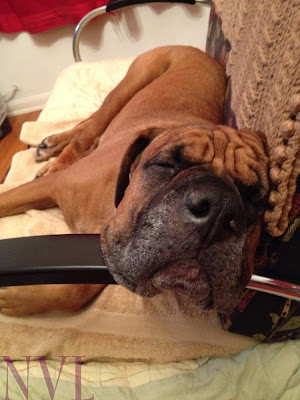 Been feeling like I'm going crazy lately. Not like I need to be committed crazy, but more like I have so many things to do and I'm trying hard to stay afloat but I need to do more, crazy. Life kind of crazy.

I'm feeling really combative and forthright. Not angry, but mostly irritated and sluggish, like I'm falling behind. Then I think, so many people I know are also falling behind, and I don't think that makes me settled, just more frustrated.

It's work, or lack there of. Two projects fell through and one I was hoping to get I haven't heard back, and at this point, I think they moved on. Grrr. But oh, did I tell you guys I got an agent. Three weeks now. I'm hoping, HOPING to get some work in the New Year. HOPING!!!! I guess until then I'll watch The Walking Dead on the internet.

I guess that's why I've been so excited about Vintageville. I love creating characters because I'm more of a drama person than a comedy person, and although Vintageville is WAY more vanilla than what really goes on in my brain, I do really like working on it, so I hope you guys like it too :)


Okay, tangent over!
Let's get to jacket making.
I made a mistake the other post. One picture was actually of the second mock up that I made. I did all the adjustments that I needed and the alter worked great. 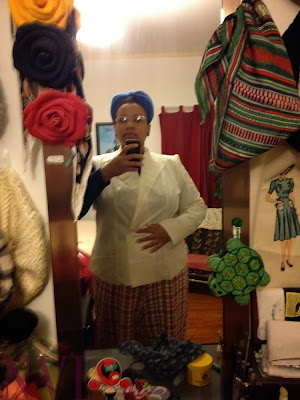 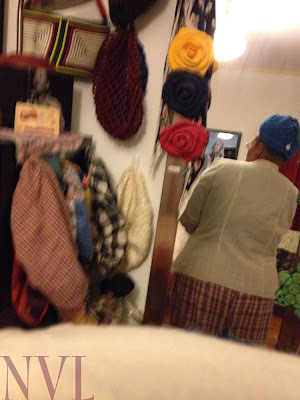 The back fits so much better now. The waist is real nice fitting. I could have tightened it a bit more, but because it's a jacket, I didn't want it to be too tight.

Now was the  time to make the final jacket. Plaid, plaid, plaid. How I hate matching up plaid. Could I do it? Would I have enough skill to do it? Lets see... 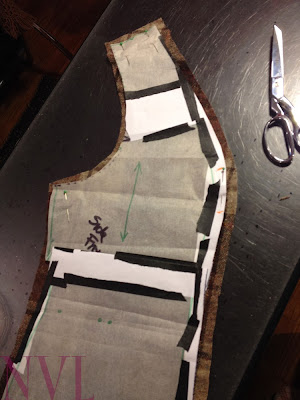 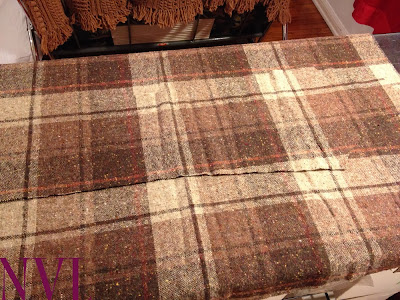 You can see one cut piece laid over the yardage. 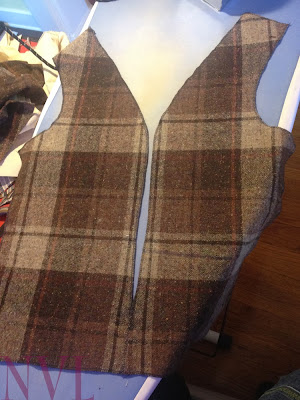 Oh yeah, I'm bad ass.
Let me just say, this matching really made me happy. I mean really. I didn't think it would match this well and I was thrilled. Felt so relieved.

So now I had to cut the canvas that I'm repurposing for the interlining of the front plaid pieces. The back and sleeves are made of such thick fabric, I didn't feel the need to face them. 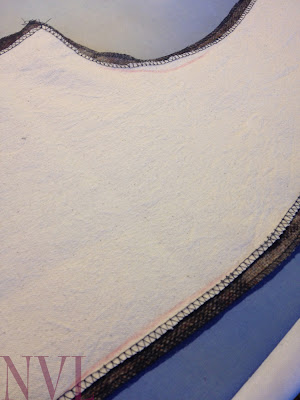 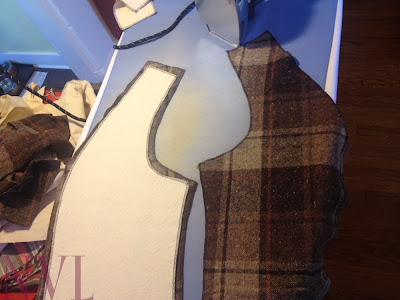 From here I go onto hand tacking the canvas to the tweed. So much not fun.
It's going to be a looooooooooog day.
Talk to you later!
at November 14, 2013
Email ThisBlogThis!Share to TwitterShare to FacebookShare to Pinterest
Labels: 1940, jacket in a week 2, personal, progress, tweed