Hello lovely people. I know it's been a while since I've done a regular post, but I have been busy.

The pattern line is going well as I start in on my second pattern, and in-between, I'm working on many, many small and fun projects. 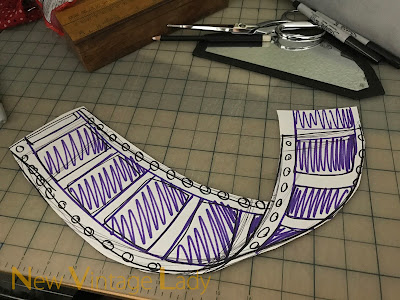 You know those cool 1950s skirts with those neat appliques on them, well my friend's mother made her one and she wanted to add to the removable seasonal appliques that her mom made for her.

She's attending a Hollywood vintage film festival and wanted something to commemorate the nostalgia of the era. We came up with a f ilm reel that had the Hollywood walk of Fame stars on it.

Now it was up to me to make the applique. 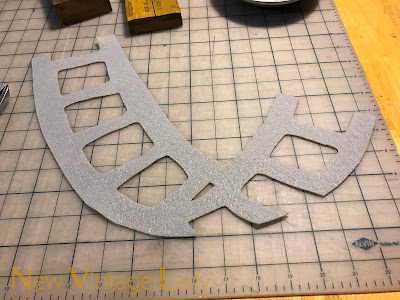 I then did the pegs on the film reel and that took the longest part. Ugh. 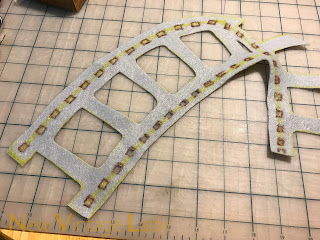 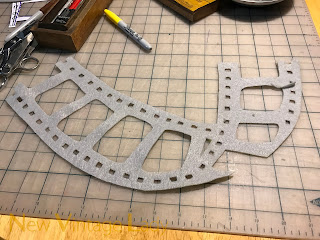 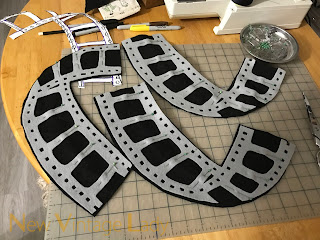 I backed these with black because that way they would be easier to remoooove. 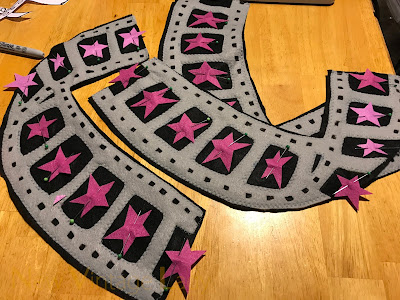 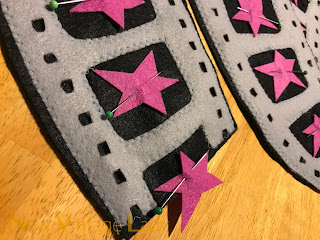 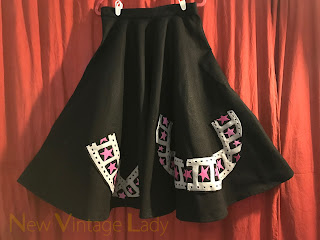 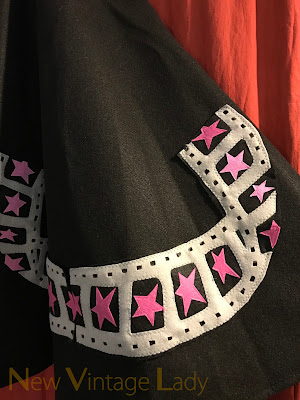 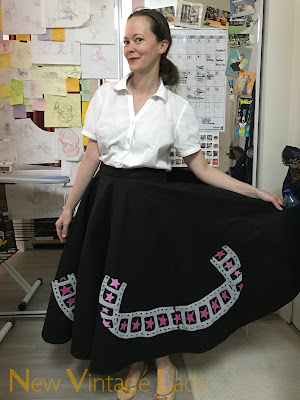 My friend loved it.

It was a day project that was more involved than I thought it would be, but my friend loves it so that's all that matters.

As you all have noticed by now I changed the visuals of the blog. I'm still tweaking it and i Haven't decided if I'm gonna keep it, but we will see.