The lounging jacket from The Invisible Man

I has been some time since I've made a post on a garment that I've made for myself....and this is no exception.

I've been working on my new pattern line which is coming along nicely, I've been making new dresses for backers, and I've been doing alterations for others, all the while, trying to make that rent!


This is a project that I've been involved with for a long time.
The lounging jacket from the 1933 film, The Invisible Man. 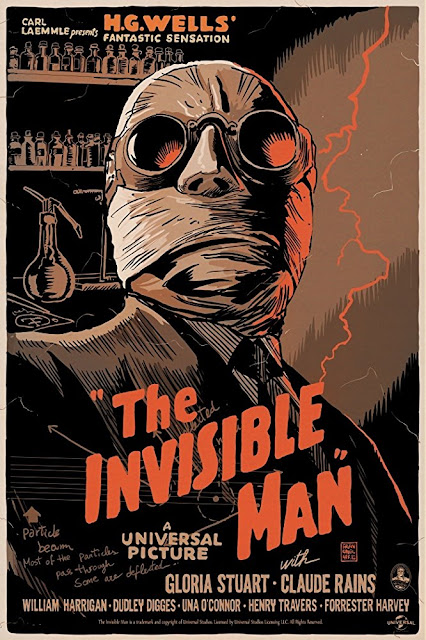 If you don't have a soft spot for classic horror, I strongly suggest you dip your toe into it. The Drama, the use of practical effects, hell effects in general in the infancy of film is so fascinating. We often get wrapped up in the computer generated spectacles we see today, but the intimate and even quite showing of the seeds of those visuals can be so gratifying as well.

The focus of this post is on Dr. Griffin's lounging jacket. It's as iconic as his bandages and his glasses. 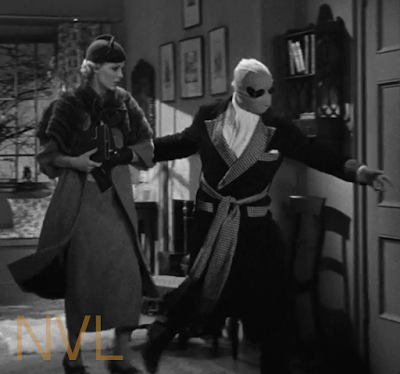 I've made this jacket before, a couple of times for Workshop 77 and those versions of the jacket were more from a colored collectors view. 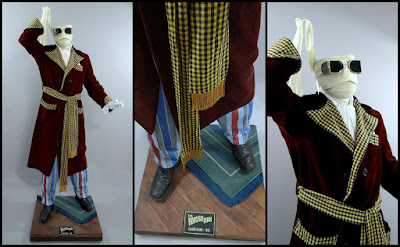 The maroon appeared as a collectable statue, so people associate the jacket with that color, but if you look at the original film and how it looks in the lighting, the jacket is too dark to be that color red. 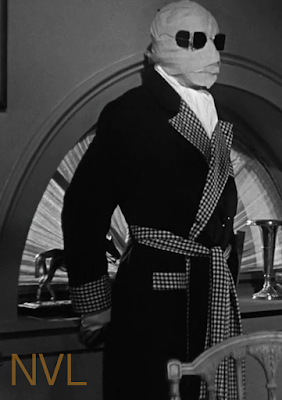 I have always thought the original jacket was a navy or a black color. Mostly for how it absorbs light. So when I was commissioned to make this piece, I asked to make it as close to the original film version as I could.

I was given the go ahead. 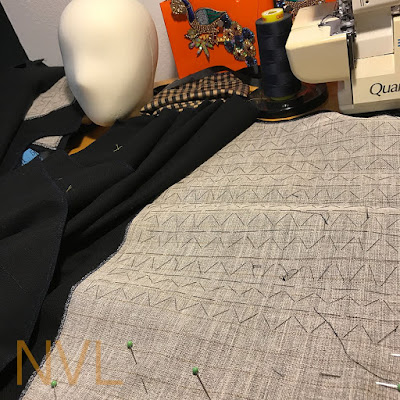 The jacket is quite tailored, especially around the shoulders, so I decided to so some slight stiffening, partial to the jacket to keep that shape. It's only partially faced because it is supposed to be for lounging. I also extended the length as its past the lower calf in the film. 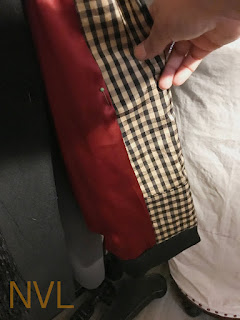 The lining was picked to be red, so he picked red silk. Working with silk to me is like working with fabric water. It just makes me cry. 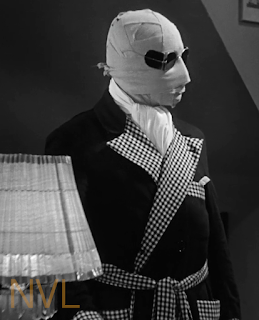 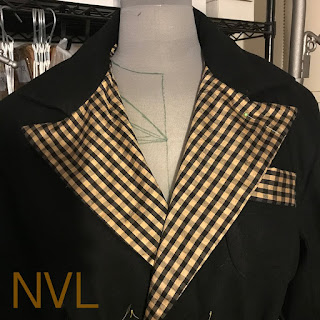 The checkered fabric was a super find, and a doupini silk that I dyed a slight gold to add some color. It was originally black and white. The checkers were the right size so it was an amazing find. 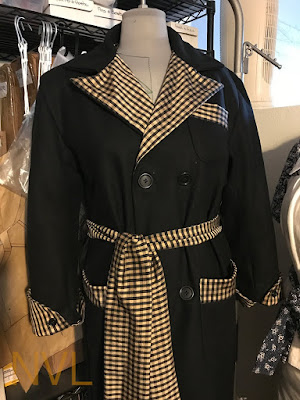 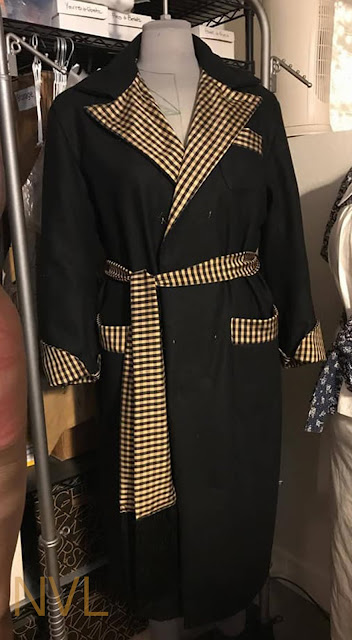 The jacket has two belt loops on the side, 4 buttons for the double breast, two faux buttons on the collars and one button on the neckline, my favorite detail. 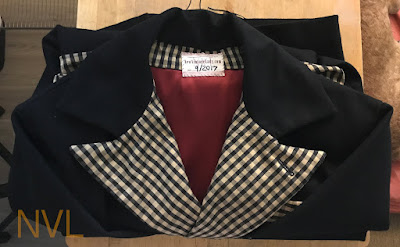 I am quite happy with this piece and it's owner has been doing this character for a while.
The jacket gets shipped off tomorrow.

If you'd like one made, feel free to email me: contact@newvintagelady.com or email@newvitnagelady.com

That's it on my end for now. Next is tons of jean alterations and well, that's some super boring stuff.
Thanks and yay sewing!
at September 27, 2017
Email ThisBlogThis!Share to TwitterShare to FacebookShare to Pinterest
Labels: 1930, hollywood, loungewear, men, men's, monster making, movie, repro