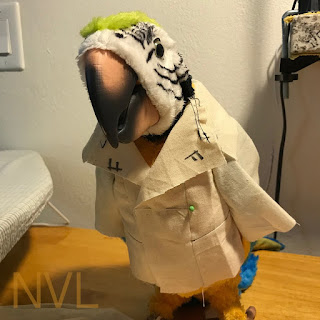 I went to a store that specialized in Polynesian prints and picked up about 6 or so for the shirts. 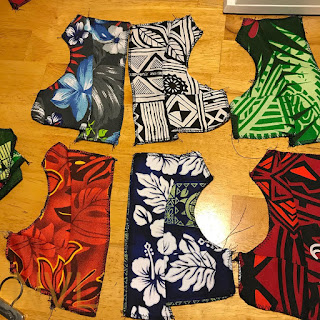 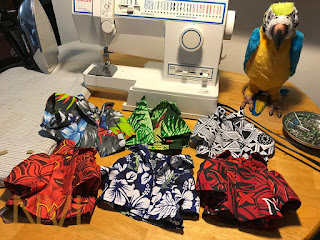 With me it's either go big or go home and I realized I'd have to make the shirts just like regular men's shirts because I am a glutton for punishment. Construction of each shirt took about an hour. That did not include the cutting and overlocking of each piece. But I will say the outcome is rockin'. 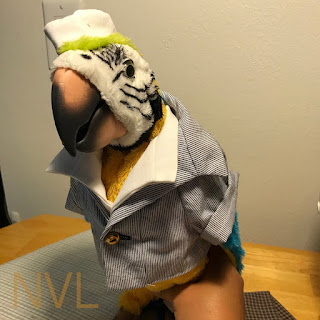 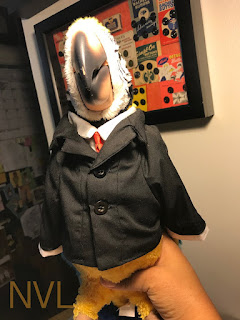 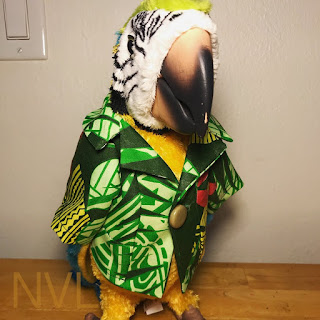 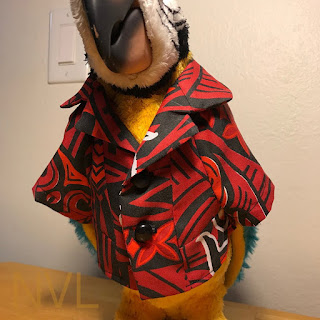 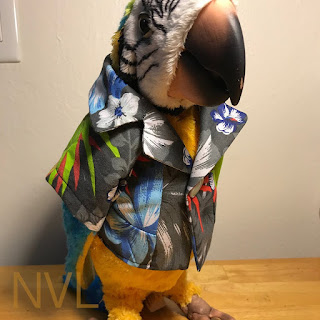 I hope to be able to have video of the birds in the future once they are all set up. I think they will look amazing. 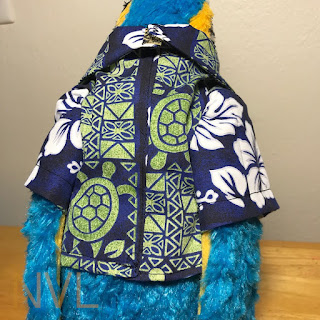 That's it for me at the moment. I'm off to take a nap before I get back to sewing. 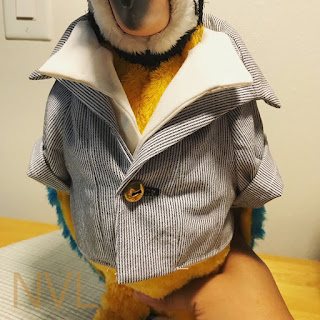 Pattern making is eking along, and once this production sewing is over, I'll be back to a regular schedule.

Gotta pay that rent!
Thanks all and yay sewing!
at May 15, 2018
Email ThisBlogThis!Share to TwitterShare to FacebookShare to Pinterest
Labels: costume, custom, mock-up, sailor, shirt, suit, tiki