Chocolate Cotton Garter Belt? Why not!?

I decided I need a new garter belt. The one I made has done so well, and it works great, but the fit around my hips is lacking. I actually made it too short and it mostly sits on my hips like a mushroom. I wanted something a bit more fitted.

I wanted to experiment with draping, and took some muslin and fitted it around my hips first, darted it at the waist and marked with darts. I made sure it fit snugly and then cut out the fabric. 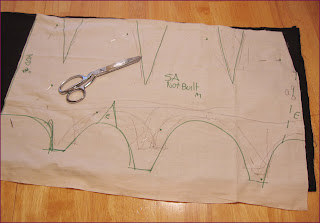 I used a rather utilitarian fabric for it, mainly because it was all I had in the house. The chocolate cotton has a real nice give, and I thought it would do great. I also love this design, because no overlocking involved. 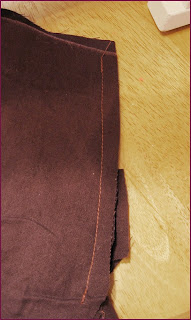 I darted the fabric, then flipped the two pieces right side to right side, added the grosgrain for the straps, then sewed them together. 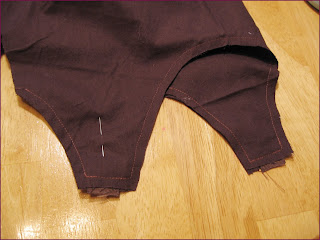 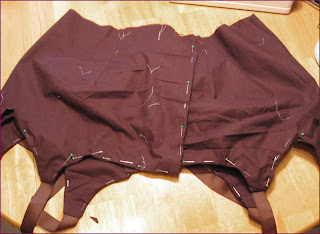 I wanted some ease, so I added some elastic gussets to the front and one in the back. 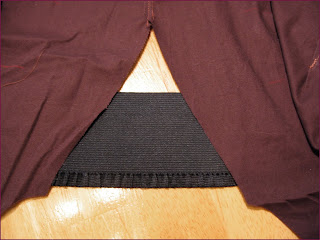 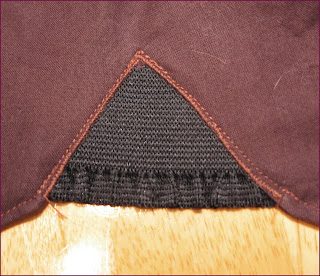 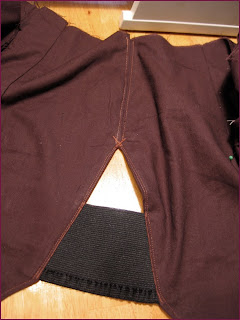 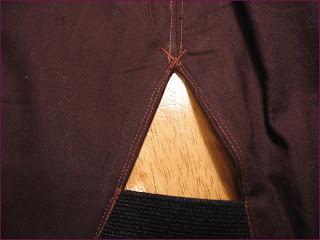 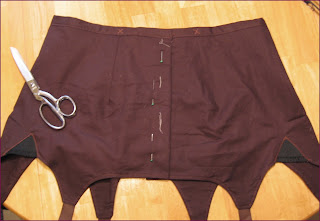 I added the waist band, then the buttons, which Ill admit, I went a bit overboard with. They are from my vintage collection, mens underwear buttons from the 1900s. 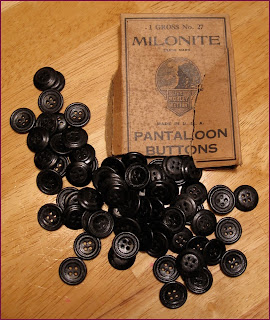 I think they make the belt look rather steampunkish.
So I added the garters and now its all done. 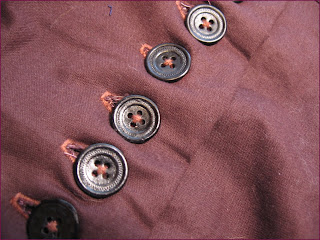 I tired it on and it fits real well. The pattern is a real great fit, so Im happy that I did it. I plan on making a couple more, and I also plan on making the 40s long line bra that is from my repo pattern to match this one in the chocolate brown. I think they will look great together.

The finished images can be seen on NVL.
at March 02, 2010
Email ThisBlogThis!Share to TwitterShare to FacebookShare to Pinterest
Labels: buttons, cotton, fabric, foundation garments, garter, nvl