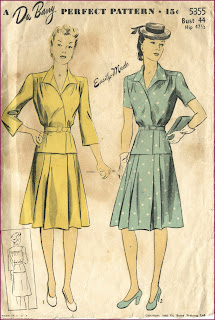 I love this pattern and after my earlier attempt, I decided to make it again in a crisp navy linen.

When I made the first one, I had an issue with the fabric that made it drape too much. I thought I sized the pattern wrong. Turns out it was the fabric. When I cut this one out I made sure to prep the fabric rather meticulously: 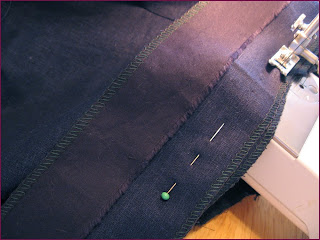 I overlocked all the pieces. Laid in all the facing for the blouse, belt and ties. 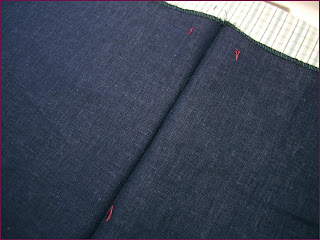 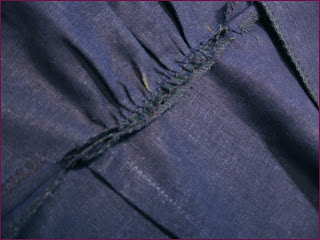 Basted all the gathered sections of the garment that needed it. Stitched the darts. Then started the construction.

I also made sure to pay attention to where I notched and how bulky parts laid. I notched on the sides of gathers so I could fold and press them down properly. Thats something I like doing, because it helps the garment lay so much neater. Notching is awesome! 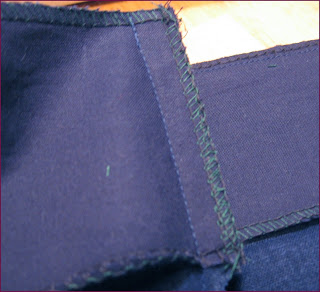 I even curved up the construction line of the front and its peplum. I get a bit too much dangle from the front fold over of the blouse to my liking, so I curved up their joining seam about 1/4".

Then there is the belted back. 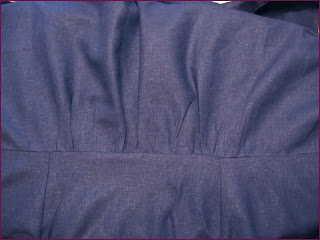 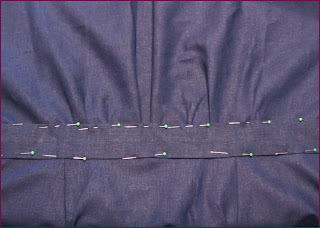 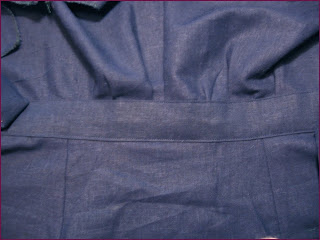 Im determined to have a good belted back. I think it is an amazing look and this dress suit just screams for it. Like with the other one, instead of a regular belt, I did the belted back but sewed in a ties at the sides. I dont know, I really like that. 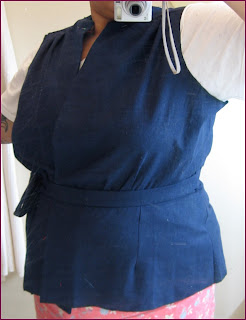 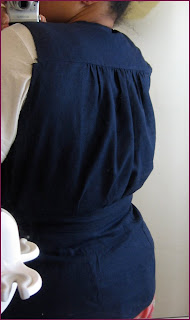 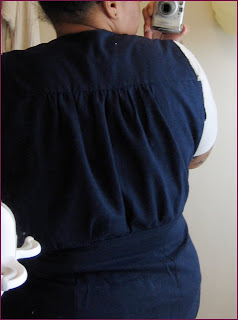 I did a test fit after I basted the sides of the blouse together and it fits just fine. The linen hangs very well and I love working with it.

The skirt is complete. All I have to do is the hem. Ill finish sewing the blouse tomorrow. I plan on wearing this on the weekend with its matching skirt (finished) and the beret and bag I made. This outfit is for a cocktail party. I loves the cocktails.
at April 19, 2010
Email ThisBlogThis!Share to TwitterShare to FacebookShare to Pinterest
Labels: 1940, dubarry, linen, navy