I have monumentally ironic bad luck. Always have. Just a few weeks ago, I was all excited because I FINALLY had some extra money in my pocket. $50! Woo Hoo! But the next day, I get a letter from the phone company saying I owed $50! That kind of shit happens to me all the time.

So its no surprise my meticulous handling of this plaid didn't work.
Ive always wanted one of those plaid skirts cut on the bias like you see on the pattern envelopes. Look at them, how cool the drawn ladies are. "Lookit my skirt, Im cool." Yeah you are. 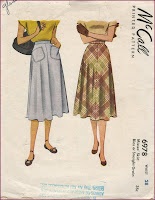 A friend gave me this plaid. Its a nubby silk, stiff with a great weight and drape. Problem is, well, look how loud it is! HA! She gave it to be because she didn't know what to do with it. 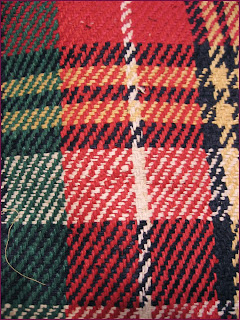 For a while I didn't either, but then that Du Barry skirt pattern came into my life, and I thought about those lovely bias cut plaid skirts, and I said what the hell. I marked the front side pieces as the pieces I would cut on the bias and laid out the plaid.

First off, cutting plaid on the bias has got to be one of THE MOST fabric wasting techniques Ive ever done. But it wasn't just cutting it this way. Look at the plaid. 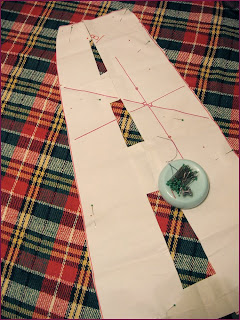 I started in the corner so as to utilize as much fabric as I could. Apparently it was the one corner that had the only blemish. 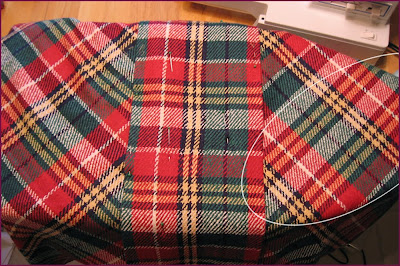 See the yellow stripe, its doubled. Its the only place on the entire fabric piece where its doubled, and its the exact width of the fabric piece. Monumentally ironic bad luck.

Im sure you would say its not a big deal, and looking at it, it didn't turn out too bad, but I noticed, and I was trying very hard to make this successful in the traditional execution sense. I mean, I spent 30 min wondering why the plaid at the top of the skirt piece wasn't lining up. The ONLY spot on the fabric, *sigh*.

I just finished the skirt as best I could. Cutting two bias cut pieces eliminated viable pieces of fabric that could be used. 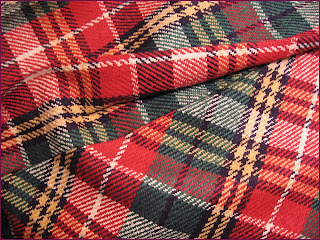 I had to take two of the pleats out of the skirt front. I also had to piece the back of the skirt. I lined up the plaid okay, but it could have been better. 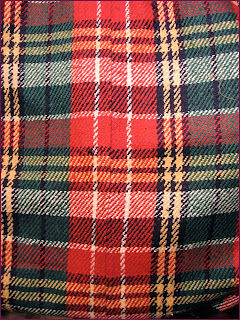 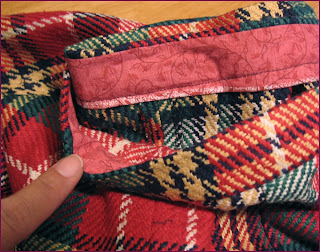 To lessen the bulk of the waist band, I faced it with a basic quilting cotton. Im going to use a slide hook for the closure above the zipper. All thats left now is to hem it.