As someone who spends a considerable amount of time scouring the web and other places to find vintage sewing patterns, I thought now might be a grand time to sort of introduce a primer to those who are new to sewing with vintage patterns, or who are interested in collecting them.

First thing to do is to get a feel for the pattern makers, styles and eras. Here is one of the best consortiums of dating vintage patterns. I plan to give better tips on this in a later post.
Prices have gone up. Way up. I'm seeing more and more 3 figure patterns, and truth be told, I would attribute a lot of that to a pattern that sold on Ebay about half a year ago for $350+. It was a 20s/30s evening gown, lovely, but to hell with $300 for a sewing pattern unless its made of gold and even then, Id have reservations.

Not to say that there are not patterns that can command a 3 figure price. Generally accessories patterns go high. I am still lamenting over loosing a 30s hat pattern in a 23" head.
*sigh* 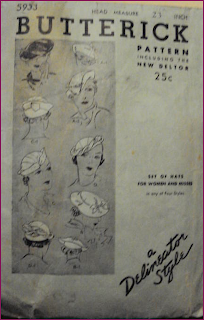 From there you get into the mire of pricing based on what the seller thinks they can get away with. This will vary across the board, as there are no real rules. But Im about to make some observations. 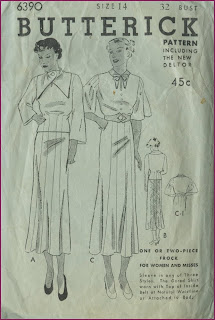 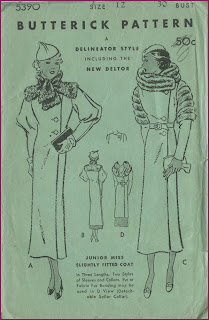 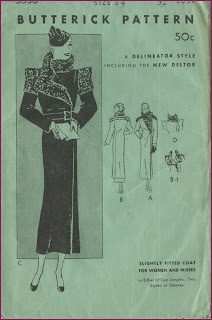 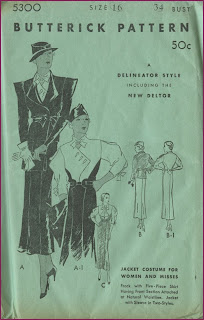 I never understood people being so sore about that anyway. A contemporary pattern can go for $20, yet people seem to still believe that an old pattern has to be a buck. Whatever. I price honestly, based on style and age and completeness of the pattern. Most people think because its old, that is by default valuable. So not the case.

#1
Just because its from the 1920s does not mean you need to pay bank for it.
People don't want you to know this, but 20s patterns, in vintage pattern terms,
are pretty much a dime a dozen.

They are everywhere. If you are paying more than $40 for a 20s basic day dress, you are being robbed. Now, of course there are grand acceptations, there always are, especially if you are collecting the pattern not just for the pattern, but the wondrous graphics on the envelope-
(I'm looking at you McCall)
-then the sky can (and often is) the limit. 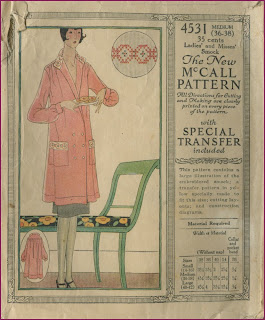 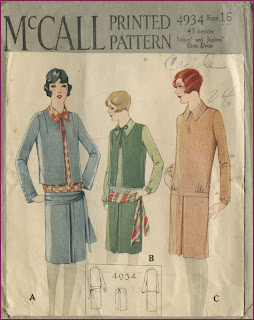 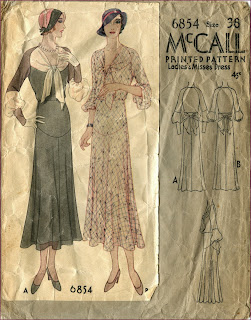 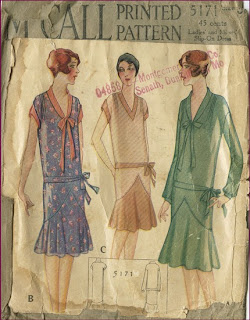 But if you see a 20s/early 30s dress you like, take a breather before you fork over the bank.
#2
1930s patterns are the most expensive right now. Probably a modest second are new look post war mid to late 40s patterns. Their dramatic lines and large gored skirts are really in now. Which sucks for me because 30s patterns are my favorite. You can find 30s patterns for $30 and under but they tend to be 'plain', which isnt always bad. That brings me to rule 3.
#3
Invest in plain patterns. 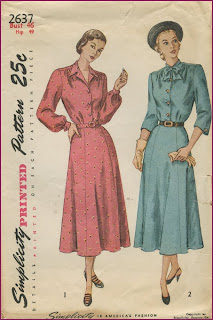 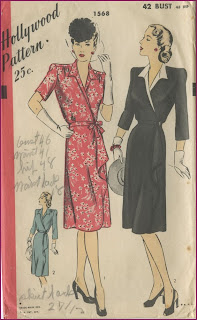 I have tons upon tons of basic shirtwaist patterns. Each one has an interesting flourish, be it a lovely sleeve, a back pleat on the bodice, yoke gathers, etc. If you mix and match from different patterns instead of getting that one super $$$$ one that has all the things you want, but you already have in 3 basic patterns, you'll save money. 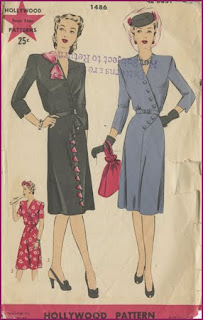 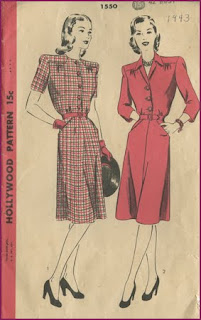 I'm all for saving money even with a hobby, thats why I snap up basic patterns. If you find a basic '40s shirt waist with a standard shawl collar for sale at $25, move on! These types of dresses are generally $10-$18. What is that, the price of a modern pattern?
#4
Buying your size can be pricy.
I have one pattern that is my exact size and it is my most expensive pattern to date. 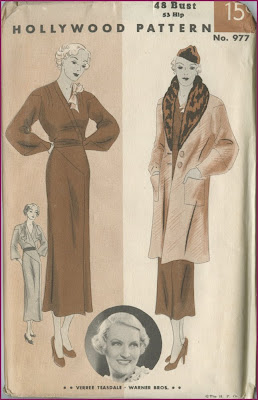 Generally with 30s and 40s patterns, buying above a 36 bust can get expensive depending on design elements. If you see a pattern that is not your bust size, why not take a chance at grading? If you are a 46 bust and you get a 30 bust pattern, youll go crazy, but if you are a 36 and you see a cute 32, why not give it a try? I don't know too many 32 bust people, so Id assume most people buying those patterns are grading them anyway. It could be a good cost effective way to get some patterns into your collection. 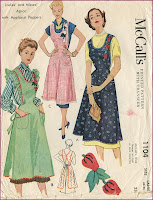 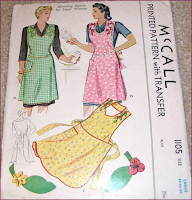 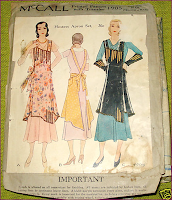 The first one went for $25, the second one went for $50, and the last McCall went for $120!
My brain can't process this.
#7
Sadly some mail orders are starting to command the same prices as retail patterns now. Often the designs are similar so just keep an eye out.

#8
There is no real pricing difference in printed vs. unprinted patterns.

#9
Don't put too much stock in a factory fold. Sure, some collectors think that is the way to go, but Id rather have the pieces counted before I buy the pattern, especially if I plan to make it, as opposed to getting a FF and finding out the collar is missing! CRAP!

#10
Like with collecting anything, collect only what you like. Don't go bananas just because its an old pattern. Get it if it suits your tastes. Also, buy form a seller who knows that they are selling. You might think you are not getting a 'deal', but after you feel a seller out, you will know if they price fairly or if they gouge. I get tired of the crap shoot with people who price patterns sky high, but have no clue on era, condition or what have you.
Also, you might want to thin the herd every now and then. Reselling patterns you don't mind parting with is like giving pack to the pattern pool. It keeps all us collectors going. Try it every once and a while.