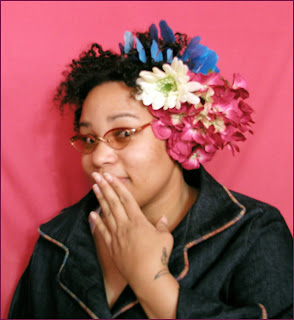 "Black women are so broken by their hair." The lady at the bus stop said.
I completely agree. I had been thinking about the hair history of black people for months, but it was that moment a few weeks ago that really made me look deeper into why my hair was so significant to me. What American cultural stigmas was I suppressing by wearing my African descended hair in its normal state?

Now, when I say normal, I dont mean without styling. All cultures style their hair, but few changed the actual texture of it to fit to the extreme opposite of what you hair is suppose to be as black hair has done. 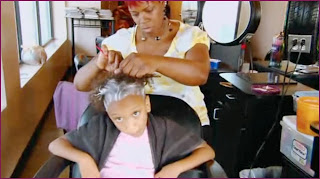 I guess that is why I was so disappointed by the social commentary film (I cant call it a documentary) 'Good Hair' by Chris Rock. I cant be nice about this movie when I speak about the impact it could have had. No where is the history of black hair prior to the 1950s actually discussed. Nowhere are black women actually confronted with *why* they wear fake straight hair, or dye it blonde. 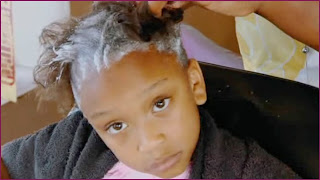 Nowhere were there historians that talked about the psychological wave that resulted from the origins of black hair, and being denied in keeping those traditions, to the reason why 'this' hair is good or not, to the eventual acceptance of this as the norm.

That made me angry. It had good contemporary social conditions as to what was going on, and Im all for embracing a wrongdoing and making it your own, but the film seemed nearly afraid to say to black women, 'Here is a major reason why you spend billions on the black hair care industry'. That avoidance made me realize, I dont think those women wanted to know. They wanted to be 'cute', without paying attention to some of the social reasons why this is considered cute. Its just all they know. 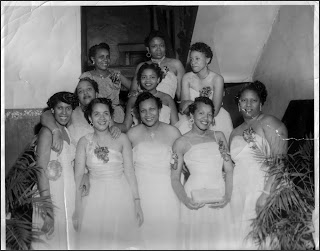 My Granny is in the upper left corner.
Origin, reason, acceptance. 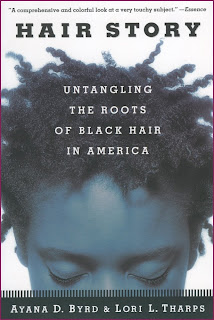 Origin:
In seeking some historical enlightenment on why natural black hair was as it was, I found a fantastic book that essentially took the journey of black culture, extracted the references to hair and condensed them into this book. 'Hair Story: Untangling the roots of black hair in America' by Ayana D. Byrd and Lori L. Tharps.

The book starts in Africa just before the slave trade and states the many different hair styles and varied hair textures of African hair. It talks about the ritual of having elaborate hair for men and women, the social interaction of having your hair groomed by the right person, what that meant and so on.

It talked about when a new slave had their hair cut, it was like robbing them of their identity. Each tribe had different intentional styles, and now all these different people were to be lopped together and taken to a foreign place.

At first, African slaves were worked until they dropped. Seven days straight sometimes 16 hours a day. There was no time for rest let alone grooming. The book pointed out the origin of a rather interesting iconic look associated with that time. 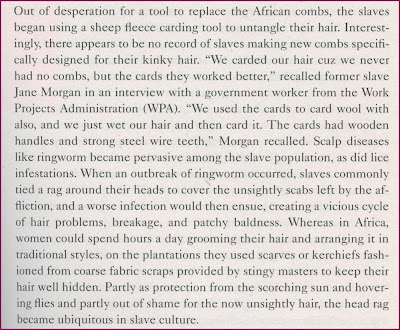 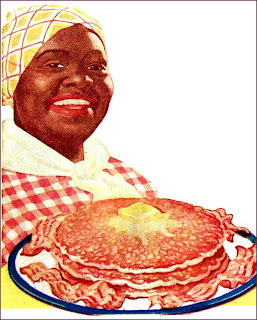 A few centuries later, after the import of African slaves was stopped, a sabbath of Sunday was slowly incremented into the slave way of life. The book says for Christian reasoning, but I also believe because by then a lot of the slaves were actual children of the masters as well. Sunday not only became a day of worship, but a day of grooming. Also a divide in slaves was growing. House slaves, as we all know the lighter and often offspring of the master, worked in the house. Those jobs were said to be easier than the one in the field. They had hair that was more curly than wooly compared to a field slave. Their skin was lighter, their noses were not as wide. They were more easily integrated into the white lexicon, so therefore more sought after, and its that divide we still have in the much of the black community today. 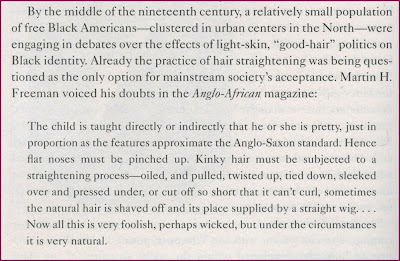 Reason For:
So we have this desire, based on non allowance of upkeep like in the African times, and the social stigma of more prosperity if your hair was not as 'African' in later times. The book demonstrates it was this combination that lead to the great black beauty products industry so soon after emancipation. As more black people went into higher education and business, they still had to compete with the white accretion of acceptance. 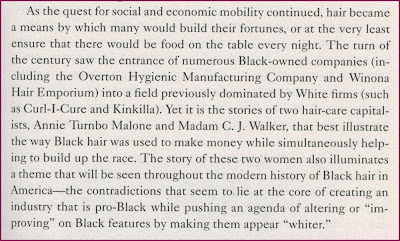 Acceptance:
So straight hair is good hair. Straight hair makes you more relatable to the norm, and favorable among men, and more likely to succeed. That is the mentality that my grandmother had when she said to me what she did. 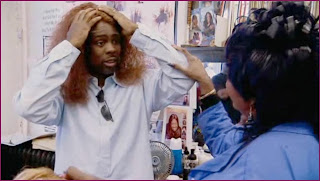 I guess that is what ticked me off about the film 'Good Hair'. It started its history of black hair with CJ Walker. I have always refused to accept that black hair started with her. 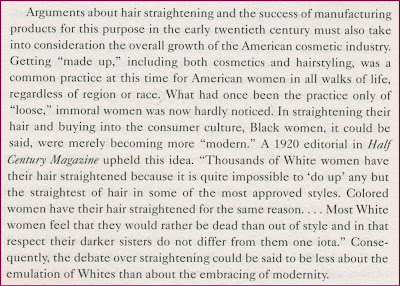 It was that time before her, granted, history making business, (first millionaire woman in America) that I have always wanted to know about. Now I have some foundation. And now you do too. 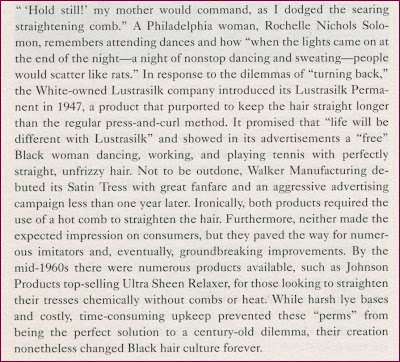 As for me personally, I still continue the natural route. 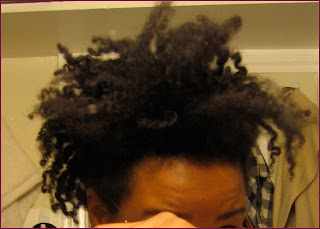 Here is my hair ready for washing. 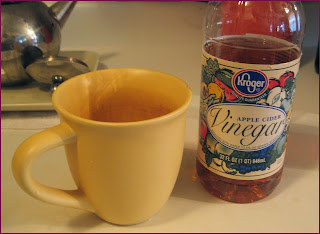 Generally I do a rinse of warmed Apple Cider Vinegar on my hair and scalp twice a week. Then, I wash with castile soap, and condition with oils and a vegan conditioner (Im still looking for one Im happy with). 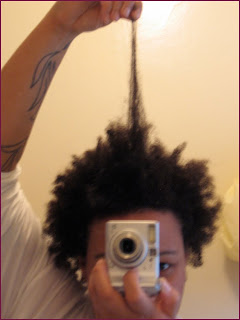 I comb my hair out with a wide tooth brush because I was always braking combs because they were never meant for my hair type! Revelation, right! 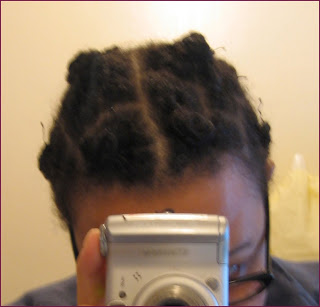 I then twist two large locks together and in essence 'pin curl' them to my head. I let them air dry then brake the locks into fourths. Thats it. 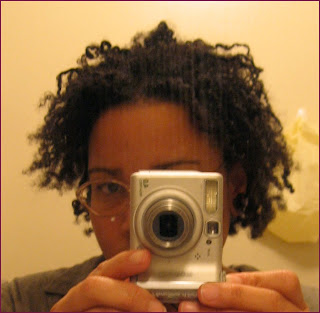 Thats the total of my styling. Ill then arrange my hair in which ever coiffure I wish, and Im on my way.

Im really proud of the personal strides Ive taken in my hair. It might seem small to others, even silly, but as a personal venture, its one that Im extremely proud of.

Part 1 can be found here.
at April 03, 2010
Email ThisBlogThis!Share to TwitterShare to FacebookShare to Pinterest
Labels: blackface, hair, personal