As I look back on my work on this shirt, I realized I may have been a tad arrogant in thinking my skill level was up to par. I had a lot of trouble with this, I don't think it's mostly my skill, but with all the obstacles I came up against, I wish I could have handled them better.
I mean it's totally wearable, I'm not *that* bad, but as  far as my own satisfaction with construction, I'd give my work on it a C-. 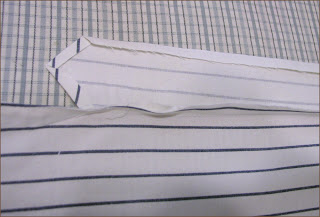 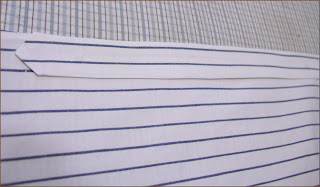 The front placket was an adventure. I forgot to add facing, so its ghosting. The line of it is crisp though, despite my constant fight with the thread. I don't know what it is with this thread. 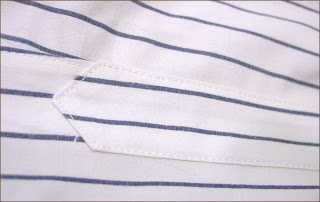 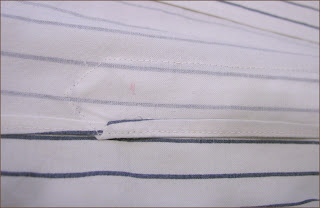 When I switched out the thread to test on this fabric, it was fine, when I tested the cotton thread on another fabric, it messed up some (but not as much), too. *sigh*. But I'm a 'never give up' type of gal, so I just finished the shirt in the thread. 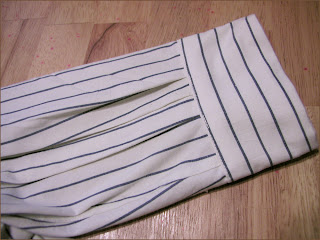 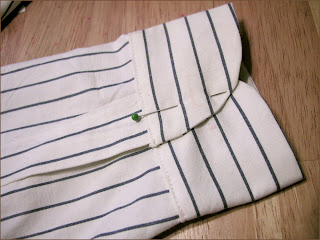 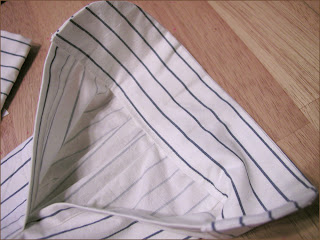 The cuffs were pretty fun. I added pleats for the gathered part of the sleeve mainly because the markings on the sleeve that the pattern provided were about 2" too short and I would of had to have unpinned the cuff to redo the basting stitch or just pleat that area. Pleating, it looks better and is pretty easy. 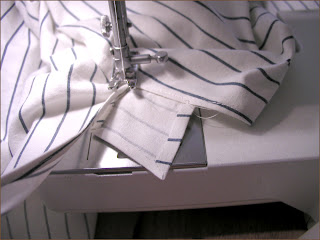 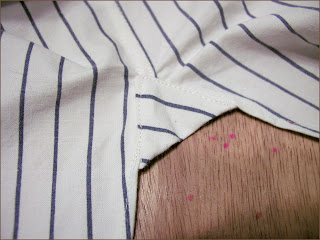 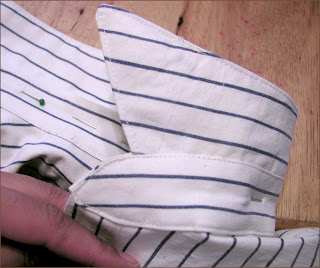 The collar was an adventure. I think I handled it pretty well. I actually machine stitched the curve of the band (where the button is) instead of top stitching it only because of the neater look. 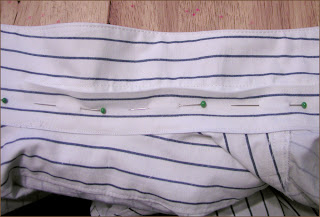 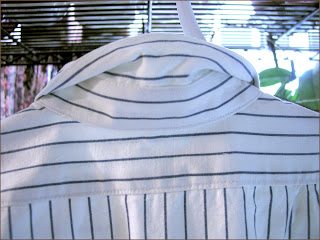 That totally helped. I also faced the band and the collar, which I have to say, was a great thing to do. Its quite pointed and the back has this really slight curve that is just stellar. I really like the collar, and it falls great at it's marked places, but I put it on backwards! 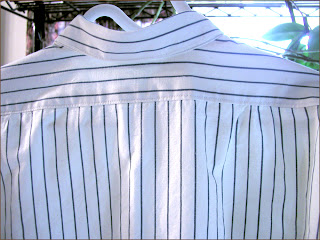 I spent 20 minutes carefully pressing the seams *beneath* the underside of the collar (the part that is faced) but when I attached it, I put the underside on the top, so I get some bulk at the fold beneath the collar! Grrrr! Now, most would say that's no big teal, but I went into this project with a tailoring mindset, and I find that unacceptable. But by this time I was just defeated, and tired, so I let it be. 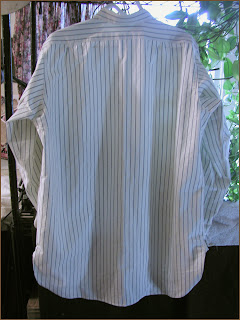 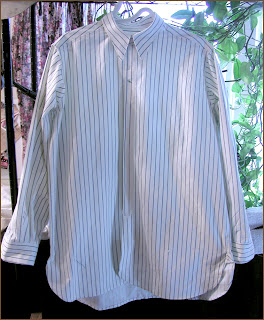 I'm glad I didn't used my good fabric, but I also think if I had this process would have been smoother. I did learn a lot from this, and for that I'm glad. I don't plan on putting buttons on it but maybe I will later. The fabric has a great weight to is and I can totally see it being used as a work shirt (even if it has no pocket). 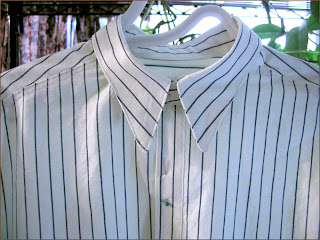 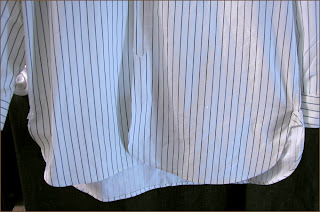 Learning experiences of all stripes are good ones, my Mama would say. I agree.
Next time I make this, I'll kick ass.
at April 01, 2011
Email ThisBlogThis!Share to TwitterShare to FacebookShare to Pinterest
Labels: 1940, cotton, Man Month, shirtwaist