What's the most you have ever paid for a pattern? 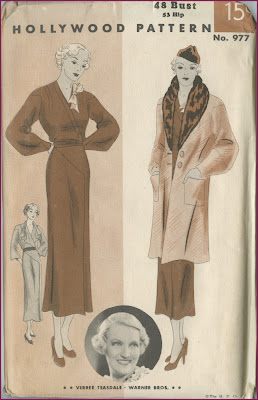 $124
It's a coat and dress. Rare yes, but still, that's an expensive pattern.

This one was a bidding war back when I had real disposable income. What made me mad was the seller then, the next day, listed this pattern one size lower. CRAP!!! Ah well, that's the way it goes.

Now, before this post fills up with replies of "Oh my goodness, I'd NEVER pay that for a pattern!" let's all agree that we won't do that, okay :) 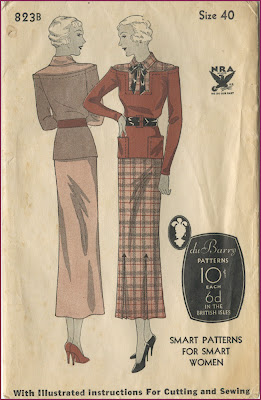 This du Barry I recall was $45. Don't regret it for a second.
I know a lot of pattern collectors who are nearly embarrassed by some choice items in their collection because of what they paid to get it. Especially since my collection tastes got more refined, I had to focus like a laser beam to get some patterns. There is almost a secret glee getting that one pattern that you know others want. Whether it be from eBay or some online seller who knows their patterns, sometimes there are designs out there that command a much higher price. 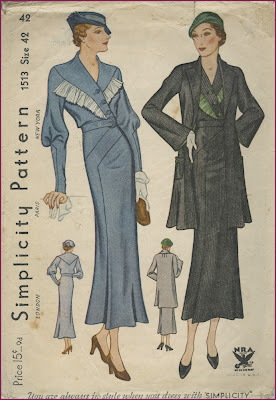 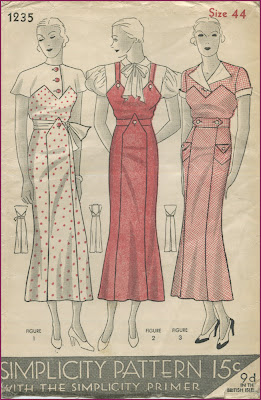 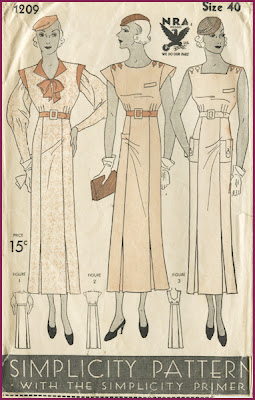 30's Simplicitys will be the death of me. Each one was in the $40-$50 range
I guess I'm a collector 'collector' now. I mainly buy patterns only in plus sizes, and mainly from the 30s. That alone is going to put me up there. And yes, I do feel I'm getting priced out of the game a lot of the time, but there are some items I will try to fight tooth and nail for. Sometimes I win, sometimes I don't. I think that's part of the fun. 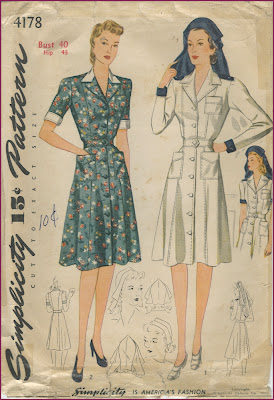 This is the most expensive 40s pattern I've ever purchased.
At $37, I love that its 40 bust AND a nurse uniform.
It is hit or miss sometimes. For patterns i think I'm going to drop a lot on, if its eBay I check the listing to make *sure* the seller says it's complete. That way, if it is not, back it goes. That has happened to me three times, and all three times I've sent the pattern back. I feel I can be a snob if I'm paying that much for a pattern. 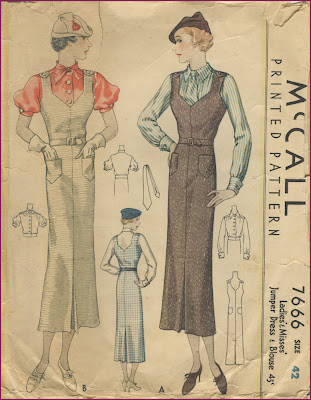 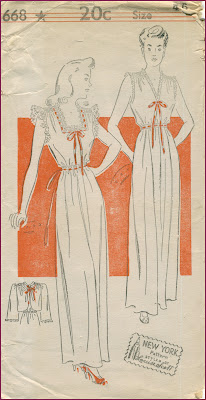 This is actually my only regret. I paid $35 for a nightgown! Oh me!
I once was asked how I can afford patterns like that. Truthfully, I don't buy anything else. All my income goes to rent and food, that's it. So every 5 weeks or so I'll treat myself to a nice pattern.

I do mainly try to hover between $20-$40 for my 'choice' patterns. I mean it's not like I go out every day and buy patterns this pricy. I do have self control. Yet you know, sometimes your heat just skips a beat and you have to try. I guess I'm saying choose wisely, fight for it, and don't be embarrassed.


So what is the most you've ever paid for a pattern?
Was it worth it? Did you regret it after?
It's Okay to share :)
at July 09, 2011
Email ThisBlogThis!Share to TwitterShare to FacebookShare to Pinterest
Labels: 1930, 1940, dubarry, hollywood, McCall, New York, simplicity