I hope everyone has a great February 29th.

To all the ladies out there, if you have a fella  you want to tie the knot with, today is the day you ask him. So if he's dragging ass, you know what to do!

As for me, no man, other than my apartment boyfriend, Fred. Our relationship is still new and I don't think person/apartment marriage is recognized in the state of California.

Moving on...
I have to apologize for the lack of posts these couple of weeks. I've been finishing the unpacking and just organizing and putting things away. That and the Air Raid (I'm waiting on a couple of pics and video) and dance class two nights a week. Busy, busy, busy!


This past weekend I did spend the entire 48 hours with Fred just relaxing and setting up my apartment. I did a ton of baking. Banana bread. oatmeal raisin and chocolate chip cookies. Yummers. I also fixed the curtains in my apartment. I wanted to do some of those projects because I hate letting things go and then hating what I see for months on end. 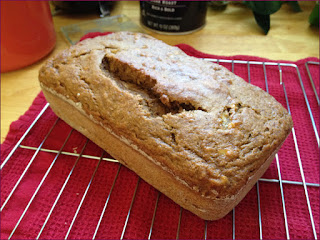 For the bathroom, I bought some new curtains and just flipped the panel, taking off the loops and putting them on the shorter side. They were the perfect length and I discovered that I have a toilet paper holder! 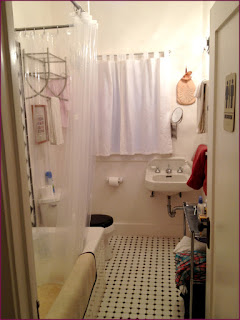 For the living room I also altered the curtains.
Took out the hem, and added a 3" panel at the bottom. Now I have perfect coverage. 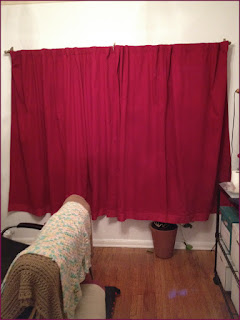 Between the baking and the altering, I was able to set up the rest of my sewing stuff. 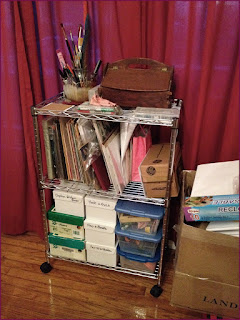 Organized my notions and set up my boards. I even had people over to bring tons of alterations (that green box is full of dresses). Those boxes next to the alterations are my easy store, which will soon go in these boxes for better looks and organization. 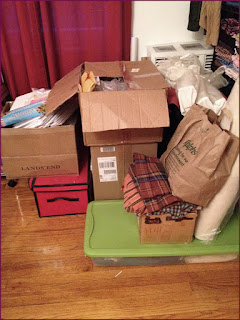 Even had a friend over to do some light handy work. In trade for the alterations to his suit, he hung some rods in the bathroom and is going to give Onda some legs. 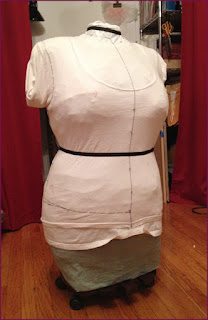 I got a wheelie cart for her and now that I have the space (and I want to make some steampunk costumes) I need her to be my hight as well. I'm excited about that! I think it will be so cool to have a dress form thats a full dress form.


I was also trimming through some stuff to just make room and this was an old bodice from a costume that was from the Warner Brother's lot. 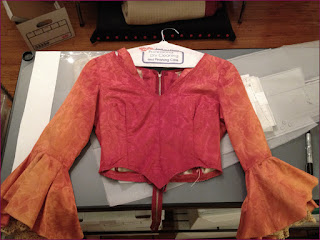 A friend gave it to me thinking I could do something with it. Well its pretty gross, so I just salvaged the lace inset and the zipper. 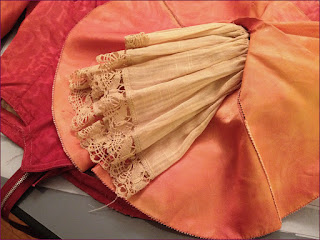 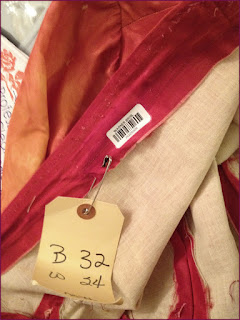 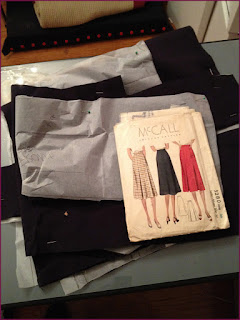 I also did a mock up of what will be an everyday skirt. So much happening. Now you all know what's going on! I will be back to regular posts very soon. Until then, have a great leap day!