I am very mad at this dress. 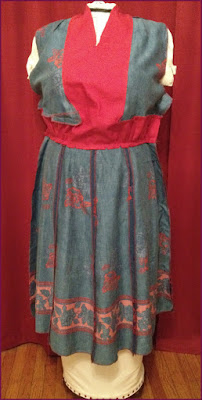 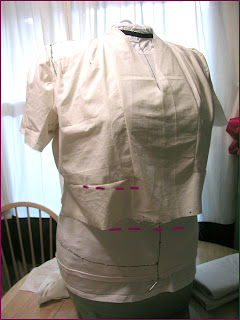 Let me recap. I started the adjustment for this pattern last year, before the weeping change of job and apartment. I was quite content with it's fit. I mean I did do two mock ups for it. Onda seemed to take to the pattern rather well so without checking it a third time I decided to go on and use my good linen to make the garment. 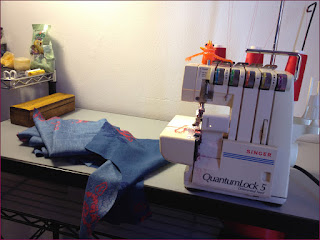 I knew I was gonna have some tricky issues, the front yoke is especially unique, but what I didn't prepare for was just a host of crazy happening during the entire process.

I mean, it started off well. I get a kick out of seeing my serger thread being the same color as the fabric I'm sewing. That does not happen often. It's a treat. 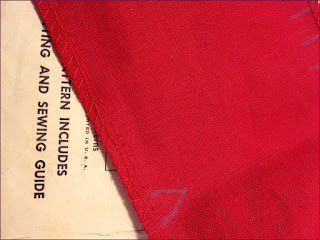 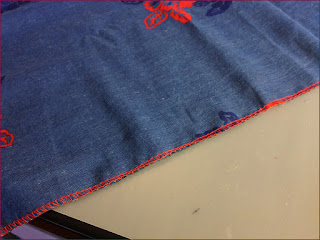 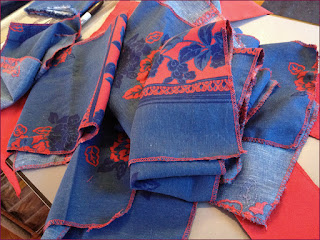 After I serged all the pieces, I prepped the pieces by adding the necessary basting stitches and markings. I first decided to start on the skirt, making sure I matched the pannels the bottom up so I could match the border print correctly. 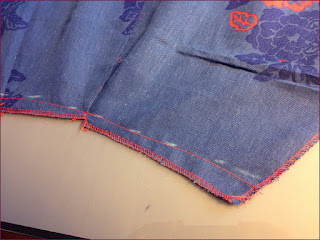 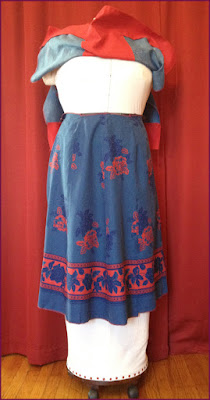 Well, I was so preoccupied with matching up the pieces, that I didn't pay attention to which pieces I matched. I added the two side panels for the back of the skirt onto the center front panels! "Is that really a big deal," you ask? Yes, because the as a whole the skirt is comprised of seven panels: 4 for the front and three for the back. By adding the two back panels to the font of the skirt, I made the waist in the front too small, by a good 3 inches. So the back is too large by, well, three inches. Crap. 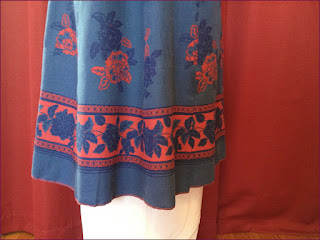 I managed to raise the front of the skirt an inch which allotted nearly two extra inches at the waist. I also had to take in the back of the sort quite a lot. 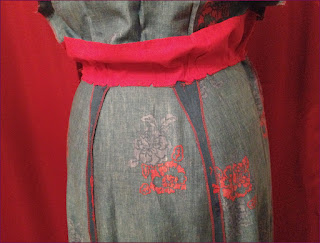 I've always had problems fitting the back of a skirt to me, even today. Big butts will do that.
Okay, one problem sorted. Now onto the bodice.

I don't know what happened between the last mock up and now, but the bodice didn't fit at all like I remember. First off there was SO MUCH SAG at the under bust that I almost contemplated putting in a bust dart. Damn my pointy boobs! 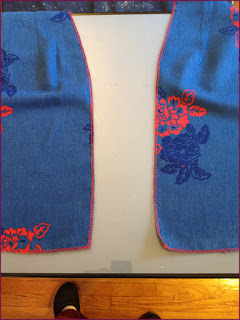 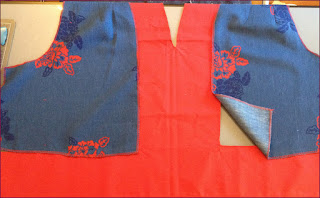 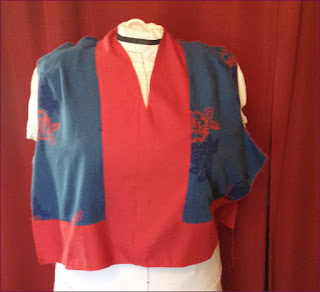 I decided I would never be happy with that quick fix, so I took apart the front pieces. Marking them, I cut a wedge out of the front panels. The first panel adjusted pretty quickly and nicely. It was the result of me not taking out that pivot stitch, which I just so happened to do on the second piece thus cutting it too short for the front yoke! So here is the patch added onto the front. 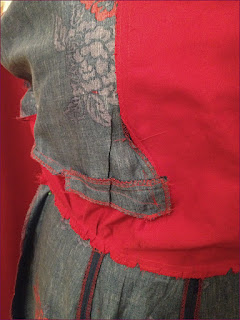 Next was the atrocity that is the arm holes. Geeze. I ended up cutting away so much on that and the shoulders. That was just embarrassing. Finally I had the neckline, which was so off I had to omit one pair of the shoulder darts. 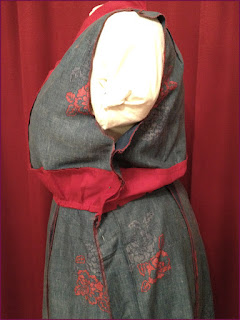 Okay, so I've fixed my mistake on the skirt, the shoulders, the bodice, and the arms. Oh, did I mention the dress is too large?

Before I did the final stitching on the side seams, I wanted to see how this fit Onda. I pinned it to her, which is where it is now. Nearly 3 inches of excess ease (not including built in ease) just hung off the garment. GEEZE! It was then that I decided to just take a brake from the dress and have some tea.

It's still there, even when I went on and worked on something else. I have lost all passion for this dress, and more so, this pattern. I'm angry at myself because I'm not sure where I went wrong. I mean, NOTHING went right on this garment. I had to take out more seams than I have had to do on a dress in years.

I guess it's back to the drafting board for me with this pattern. I do want to use this pattern for my awesome dress I was talking about in the last post. I just have to rework it completely from scratch.

The result of this border print dress is wearable thought I'd give it a C-. I have a few more alterations and it will be complete, but man, was this an uphill battle. I hate it when nothing goes right.
at April 09, 2012
Email ThisBlogThis!Share to TwitterShare to FacebookShare to Pinterest
Labels: 1940, border print, dubarry, linen, progress