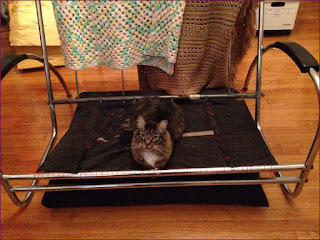 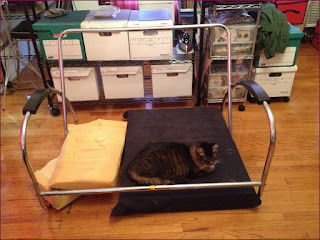 Less couch. Well, less frame. My buddy, Craig came back out with some goodies for the couch. One being new metal poles for the slats in the bottom. 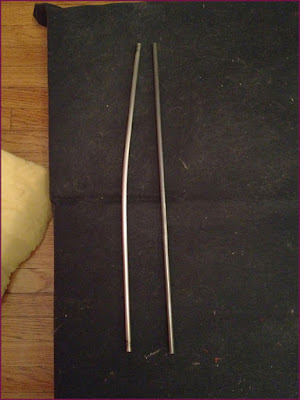 The original ones are on the left, the new ones on the right. Most of the Royalchrome couches I've seen online have bent poles. The good news is, replacement poles only ran me about $20. 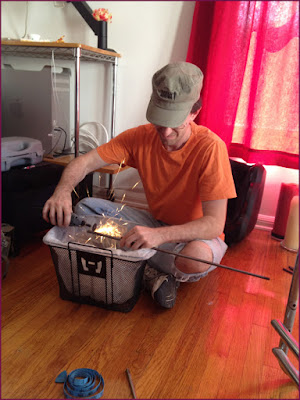 The bad news was because of the bend, Craig mis-measured and had to cut the poles down 1".

More bad news! Because I got the wrong size screws (because no matter what the original seller said, there were no screws with this couch when I unpacked it), two of the couch's support beams had broken off screws in them. Crap. Craig took those with him to drill the screws out. He works on movie sets, he totally knows what to do! 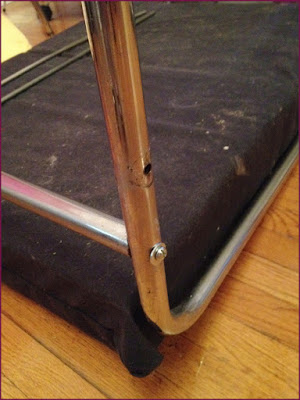 Those are what the new screws will look like once it's completely put together.
Next I'm going to order replacement cushions and upholster them myself.
That will be an adventure!

Also on this little home improvement jaunt I've been on, I finally, finally set up my vanity. 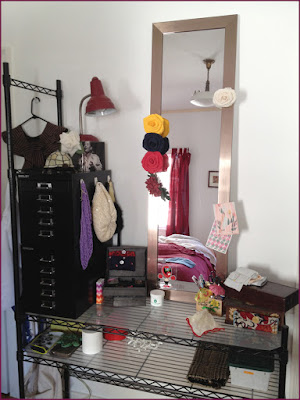 I know it's not very girlie looking, and I still want to make a skirt for it, but for the first time in years I have a place where I can sit and put on my make-up. 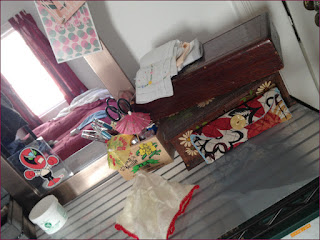 There are my glove and hankie boxes, both easily accessible. 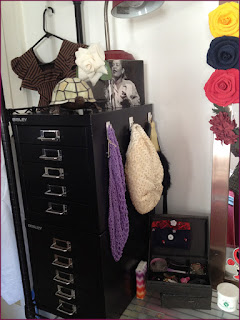 And in case you were wondering what these two things were, they hold my jewelry. 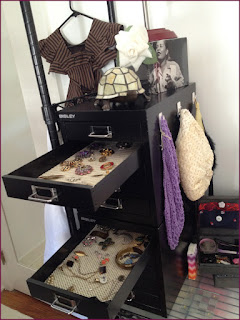 I got them at The Container Store.

That's it on my end today. Hope you all are having a nice productive day, getting ready for the summer which is creeping closer.

Don't forget to enter my giveaway if you have not already. Tonight at midnight is the deadline! 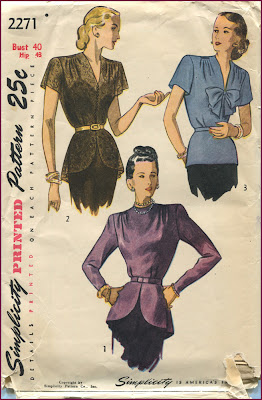