Good morning everyone. I hope your weekend was nice. Mine was. I finally had my housewarming and I considered it a big success! It was my first party ever and I had a big turnout. More on that tomorrow.

That's why I was MIA last week. I was preparing for the party, that, and I went out dancing 4 nights in a row. Um, yeah....that does not leave much time for blogging.

But now that my party is over, and I'm settled, as in I've put everything away, I'm ready to tell you all about my Royarlchrome progress.

Okay, last Thursday I left work an hour early and traveled to downtown LA (in rush hour) to get the eight cushions I ordered for my two Royalchrome couches.


With the party that weekend, this was my only time to go and get them. Now, one of the wire frame is still on it's way to me, so all I have in my apartment was the one restored frame which is just tip top.

I could have had the cushions delivered, but they charged an additional $15 per cushion, so I said nah to that and took a cab home for $22.

Okay, all eight cushions are in my possession. I threw them on the frame for a quick test and they were just dandy. Now comes the task of covering them. 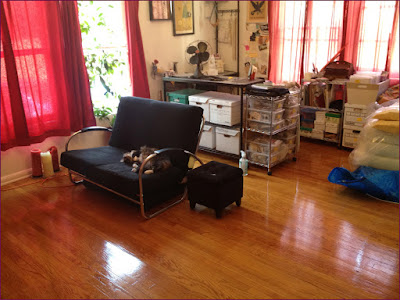 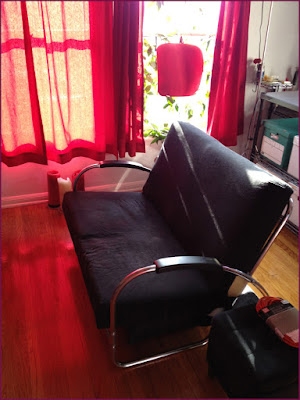 The prior weekend I went to the fabric district and looked for upholstery fabric. I knew I would need a lot because I was covering eight cushions. I had a budget in mind, but when I saw this fabric, it was all over. 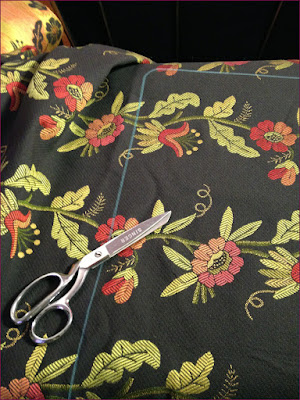 Now, I'm not a flowery gal, but I could not help myself with this. I think the fabric has a great 30's feel to it, and once I cover the cushions, I think  the two frames will look splendid.

I've rarely worked with fabric this thick, or made cushion covers that were to be super precise and taunt, so I wanted to make sure the sizing was consistent. I remembered I had this large piece of chip board in my closet from my regular printmaking days, so I measured out the size in the half, on the board and cut it out making my pattern. Eight of each. 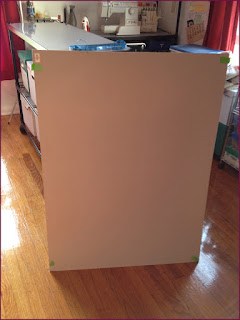 The cushions are 4" thick and 22" across their shortest side. I decided to get zippers for the back of the cushions, 30" long, to make it easy to take off these covers and have them laundered because I'm more than sure the cat is going to yack on them at some point in the remaining years of his life. My thoughts on the zipper instillation I'll get to at a later date (when I actually do it!). 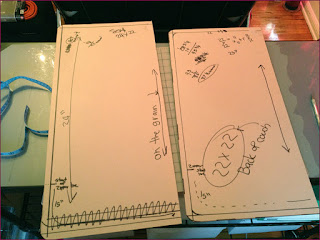 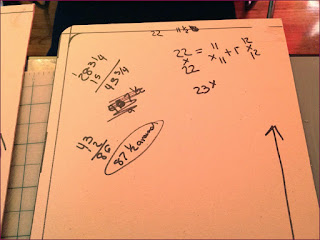 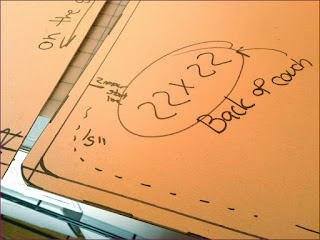 I wanted to work on the smaller cushion covers first, the 22x22" ones. Because I bought so much of this fabric (6 yards), I was able to make the front and back of the cushions the flower fabric. I also bought some red for the bottom of the seat cushions. 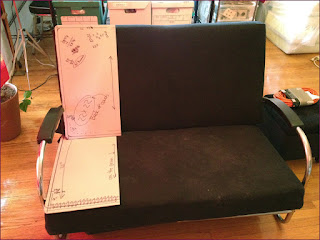 Okay, I cut out all eight of the back cushions, and I overlocked them. Here is kinda a test of the look I'm going for. I think I'll even have enough to pipe the seats in this fabric, too! That is a look that I must have. It's just so cool. 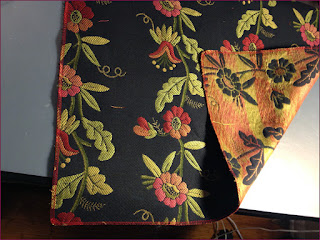 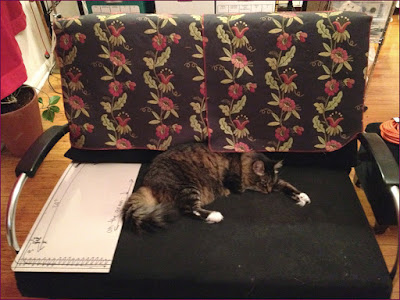 So there you have it. I'm planning on cutting you the rest of the pieces shortly and doing my first assembly later this week. I can't wait to finish these. They are going to look so bad ass.

Okay everyone, have a great Monday, and dance if you can!