A lot of Doom in my house. 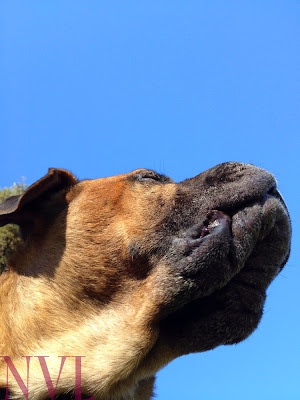 I had a guest in my house this past week and he was rather menacing.
With my ongoing work of dressing hollywood monsters, I had the pleasure of having an original Doom costume in my home from the second Fantastic 4 movie. 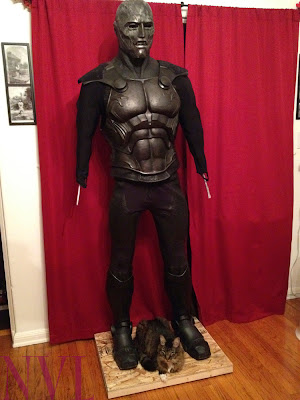 The costume was acquired by a collector and it was brought to me to recreate the cape as close as could be from the movie.

I watched the movie and grabbed as many screenshots as I could. One thing I was told was it was kind of a meld of the move Doom with the comic book Doom, who wore a kilt. I'd be making the kilt as well. 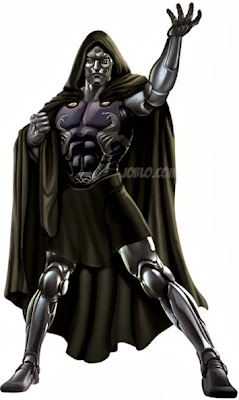 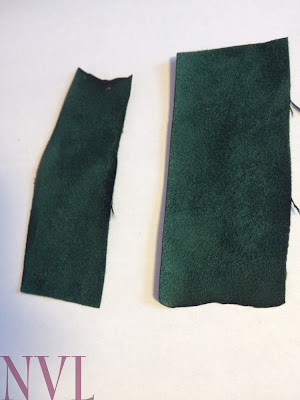 I was given a polly micro suede fabric and some faux leather. The fabric had a great drape to it, and because the cape was essentially a lot of heavy gathers, with a few darts, it was easy to mimic. I played with some of it to figure out if I was going to sew the edges or just burn them because the fabric was a plastic.

Fixing the fabric over those big bolt things on his chest plate required some fancy problem solving. 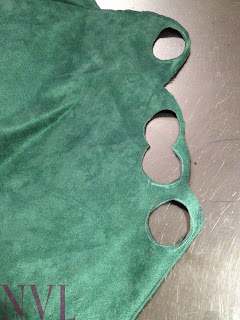 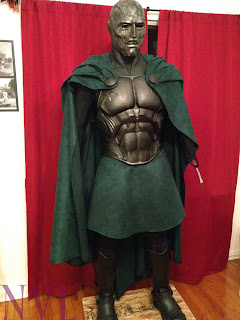 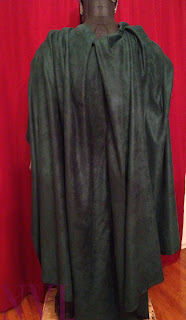 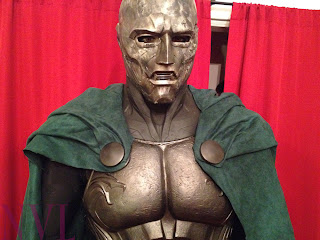 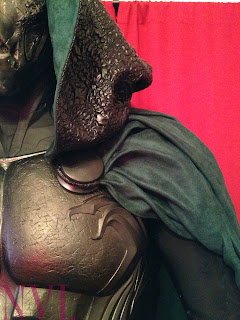 I folded them over one another in order to create that cool looking drape/gather and then wrapped the excess with the faux leather. Still, having studied Greek sculpture, and the stylized draping on many of their marble statues, I knew that a lot of the cool looking drape is not possible to create with real fabric (it's an entire stylized aesthetic in ancient sculpture). 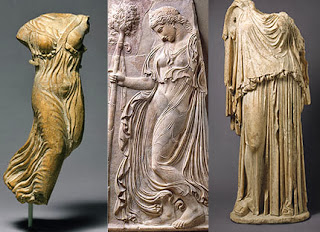 The hood was fairly straight forward. I did hand gather it around the shoulder so it would have that bunching that gives it volume. 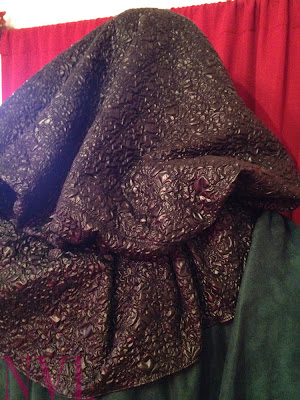 Then I finished all the edges and presto. 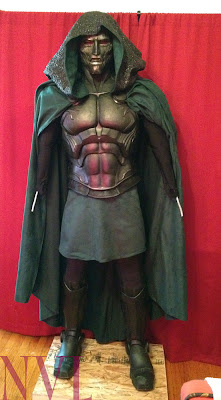 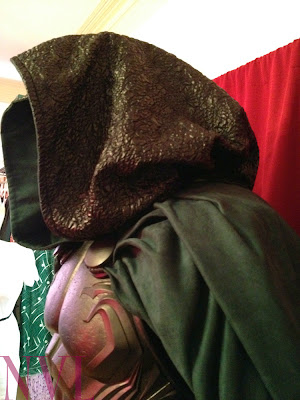 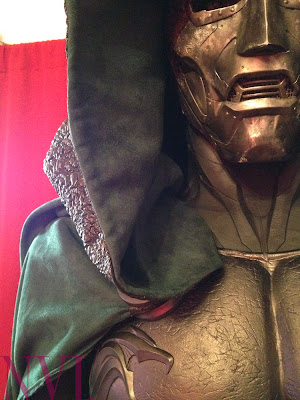 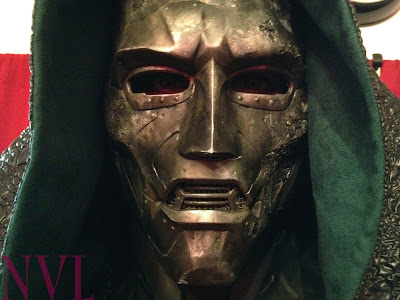 And below is Dr. Doom with all of his remaining hardware installed. 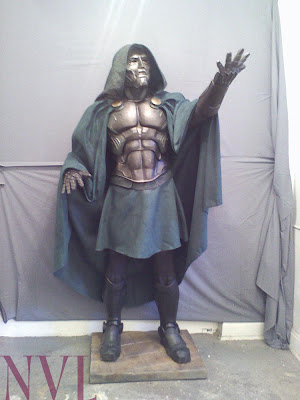 This was a fun project. Now that doom is gone, he's been replaced with a nearly 7 foot tall plant man. I'll fill you all in on that later :)

Have a great day!
at October 10, 2013
Email ThisBlogThis!Share to TwitterShare to FacebookShare to Pinterest
Labels: movie