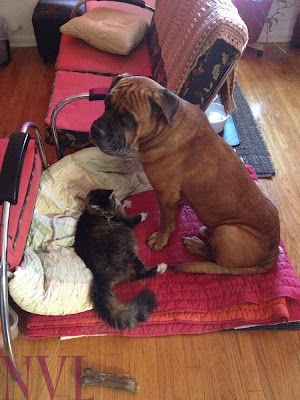 Whew! This has been a very stressful week. Quite a few of my friends were laid off, I was scrambling for payment from some freelance jobs. Aunt Flow visited. Rent was due. A crazy time.


In the midst of all of it, I had a prototype to do, a vintage Batman cowl.

Now, I loves me some Bats, but my batman happens to be animated. 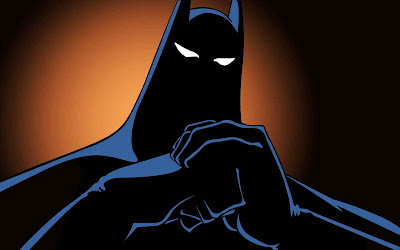 I was tasked with doing a classic batman, from the 40s. Well, I'm on it. The thing is, there are two different versions and they are distinguished from the shape of the cowl. 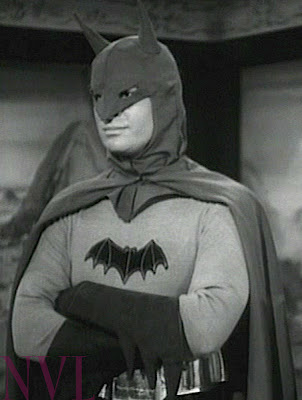 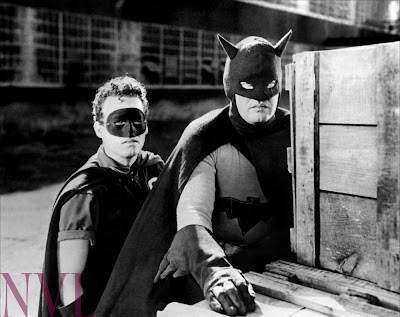 I know what you are thinking, the Batman from '43 is totally the badass one, right!? The cowl shape is high on the cheekbone and it's essentially the shape of the cowl that is repeated today. Only for the purists, there is a HUGE distinction, and many want the '49 Bats.

I had to recruit Josephine for this job and I laid string along her head to map out how I would drape the pattern. I made a preliminary pattern then did a muslin mockup. 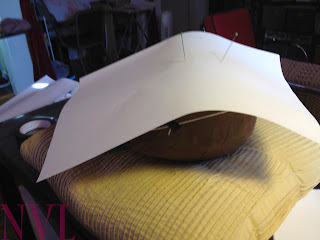 From there I made a version of wool and I guess my subconscious wished for the earlier Bats, because although I thought I was doing the shape of the cowl that was lower, I was not! 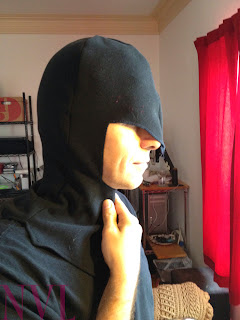 So I had to redo it. So now I have both Bats, and that will come in handy, because both may be available. I'm all for making the classic Batmans shine again. 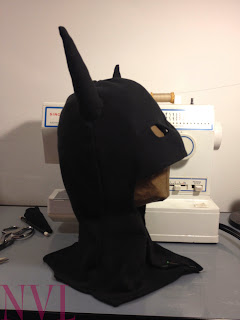 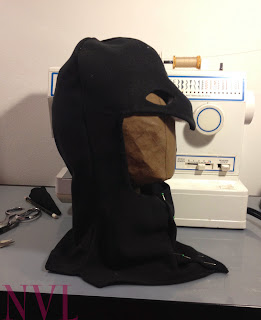 Some of the extra touches I did on these cowls were doing hand sewing along the jaw and lower bridge so the stitches would not be shown. I also added a facing (mama loves her facing) to the eye holes so again there would be no visible stitching. I made ears (trade secret) and hand stitched them on the down.

There were some things I noticed when gathering more detailed reference for these. At least on the '49 cowl above, you notice that 'crown' shape of extra fabric stitched into the top between the ears. I can't tell if that is in the crown or used to keep the ears in place. I didn't do that on this one because the wool I used was a good stiff wool. But I was tempted, because I like being as authentic with these as I can, but sometimes there is overkill, and that was the line. 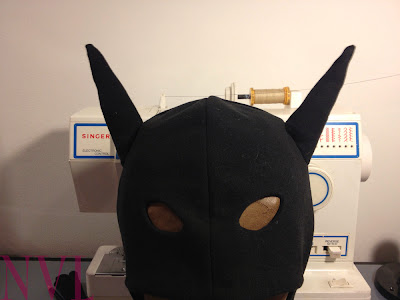 Once I add the ears to the '43 Bats, they will both be complete. 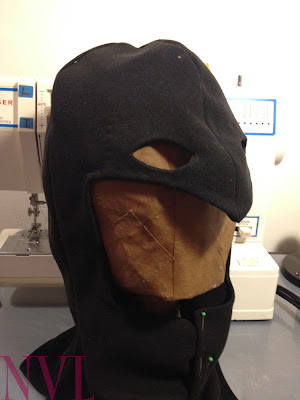 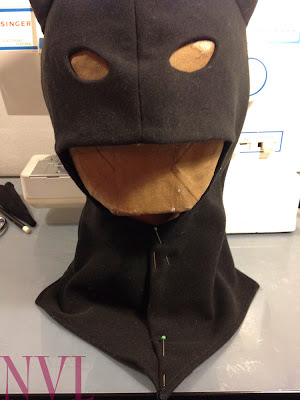 Which one would you choose?
Have a great day!
at October 25, 2013
Email ThisBlogThis!Share to TwitterShare to FacebookShare to Pinterest
Labels: 1940, batman, costume, monster making, progress, wool