Food poisoning got me to sew. This has been a really shitty week.
As I was eating up the remaining goods in my cupboards, I cracked open a carton of tofu I had just bought in my fridge. Little did I know that later that night I would feel like I had been drugged as I had ever vertigo and could barely stand.

I woke up the next day feeing alright like I simply had a hangover and went about errands. I decided to stop at an outdoor place and have a bite to eat.

About ten minutes before I was going to leave, you guessed it. All over the seat and floor. Multiple times. I wasn't embarrassed, really, more astonished. I had never lost control over my body before like that before, and the vertigo and the vomit were just a duality I was not prepared for.

The diner was really nice about it. It was only a block from my home and one of the staff walked me home where a friend met up and helped me. I plan on sending the diner a thank you card.

With Brian by my side I slept for about 12 hours. My friend came back and walked Brian for me and I slept again. By the second day, I was feeling much better but ate a couple of protein bars and a lot of water until I was sure my stomach was not mad at me.

After I was sure I assessed the situation.
I had hacked all over my regular doggie bag, the bag I use to hole all of Brian's things when I take him walking/hiking. It's old and tattered and I had been meaning to make one that could hold a water bottle, so with this one past it's prime, I felt now was the time. 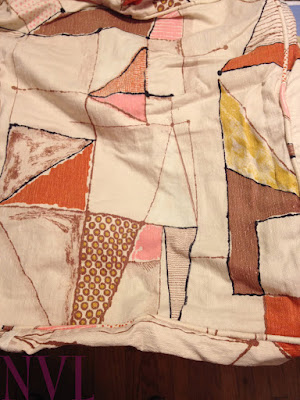 I did up a little sketch and I got out the old canvas cloth from my old couch cushions that I had washed and saved. I had always planned to use the fabric for a project like this so it was perfect. 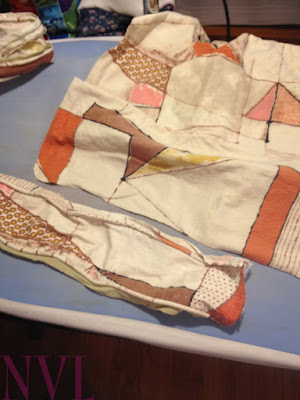 As of now I have the strap and the base cut out. I'm going to be somewhat leisurely with this project. Not as in slow making it, but in putting a lot of needless stuff on it because it's for me and I want the bling, I guess. 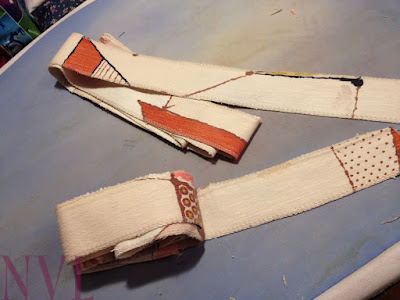 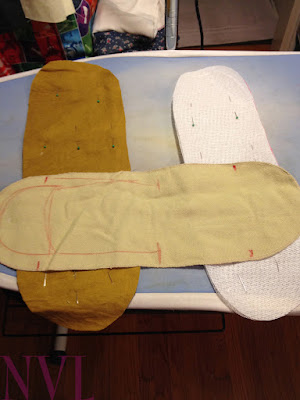 Oh man, this has been a really crappy few weeks and the food poisoning just capped it off. Brian even sprained his leg (he's alright now) but that sent me into a panic for a while. Things have go to get better, right?

I'm working on the newest Vintageville and hope t get it done by tomorrow or Wednesday. I also have a TON of sewing patterns still for sale on my Facebook page if anyone is interested.


Also, my friend got a new puppy and her name is Brandy. 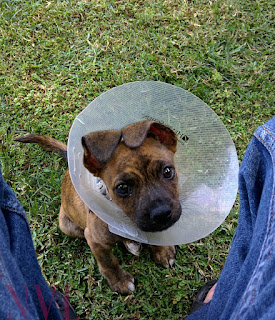 She's 2 months old and has not bet Brian yet, but when it happens, pictures will ensue.
at August 03, 2015
Email ThisBlogThis!Share to TwitterShare to FacebookShare to Pinterest
Labels: 1950, bag, fabric, hiking, personal, sick