I just took my buttonholes to the next level... 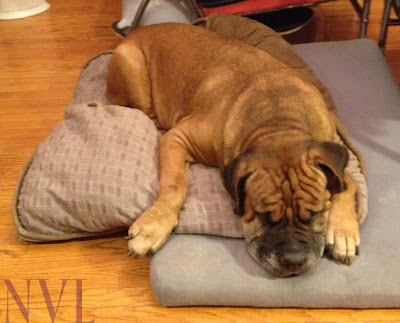 I hope you had a good weekend. I did! I went dancing at three different venues in one day on Friday (more on that later this week) and it was a blast.

But before that, another toy came in the mail which allowed me to use another toy that I've had for years. 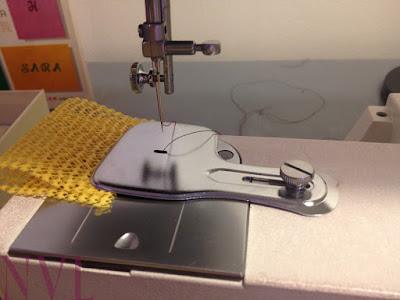 I got a feed dog cover for my machine. Turns out that's all I needed to use this lovely gadget. The cover is a generic universal, but for the longest time I thought that I couldn't use my gadget because I didn't have the right machine. Nope. 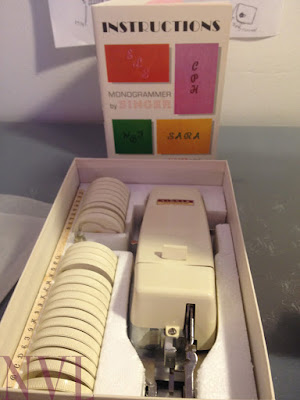 ANOTHER monogram gadget? Why yes, it is.

This one makes much smaller letters but it comes with templates for the entire alphabet. The size of the letters is about 3/4" tall. Perfect for shirts or hankies. 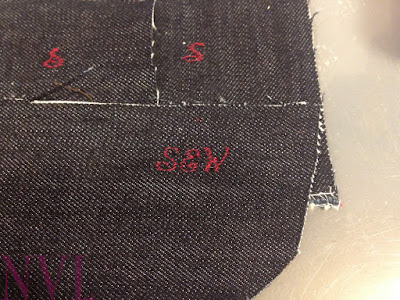 I got these letters after I played with the stitch width for a while. But to get them really defined, like on the box cover, I'd have to go over the letters a couple of times. I tried using top stitch thread but it kept jamming the needle. This toy makes me want to monogram an entire paragraph…kinda….

I'm not sure I'll uses this monogrammer as much as the larger on, only because the large one is so much more of a statement piece. 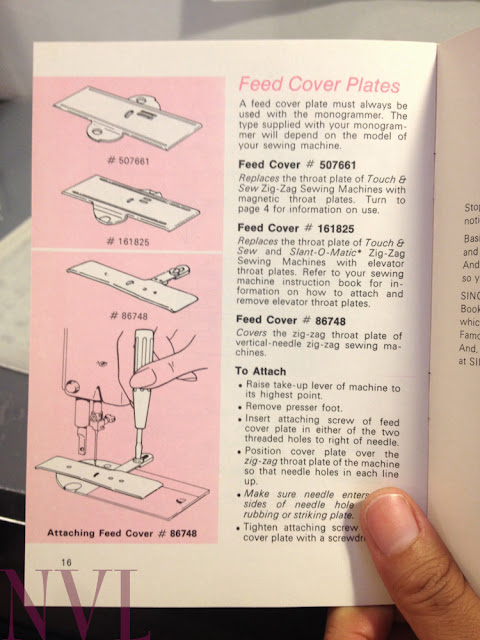 As I was flipping through the instructions, I had a revelation as to why the feed dog cover that came with my monogrammer didn't fit. It's because there were tons of options! The bottom illustration is EXACTLY the lay out of my sewing plate (the large knob and the small knob), but I have the top feed dog plate that came with the gadget which does not fit. I needed the place #86748. So off to Ebay I went.

That was when I found a buttonholer (hehe hehe) with that plate included! Wooo Hooo! 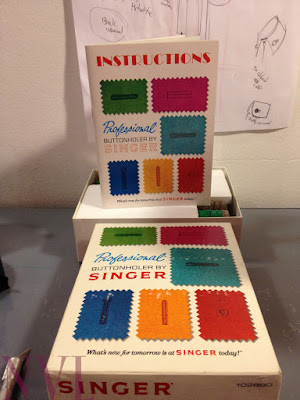 I ordered another buttonholer two weeks ago but it never arrived (I'm filing a claim soon), so I picked up this one for $8, shipped. It arrived yesterday and oh man, it's the shit. 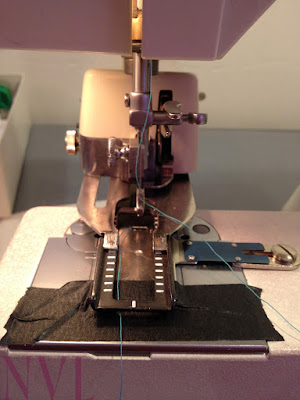 Even though the diagram said it fit (and it did), the feed dog cover didn't rest flat, so tape helped to hold it in place. It's funny, a lot of these non computer gadgets have their little quirks to get them to work properly. 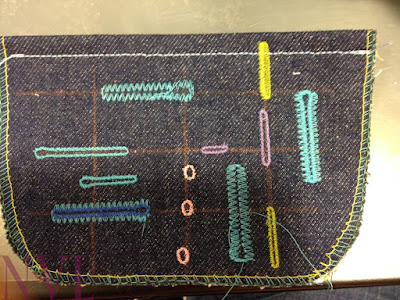 This is what I did in 5 minutes of playing with tension and getting exactly what I wanted. What I wanted most was KEYHOLE BUTTON HOLES.

I also love the look of purl buttonholes which is a simple stitch width change. 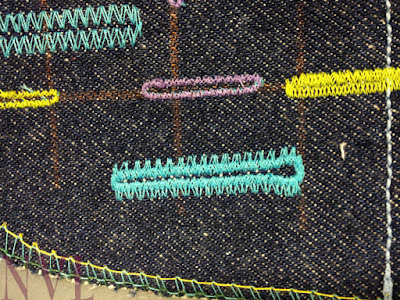 You can make some pretty wicked looks if you also change the top thread color as well. 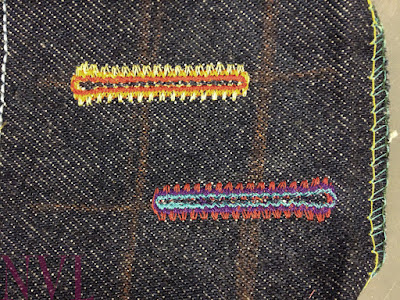 This is SO gonna happen often. 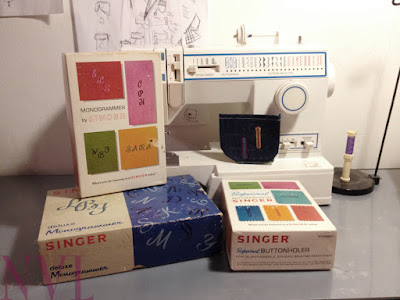 I consider myself a purist when I sew, so I've never been too big on novelty tools and gadgets, but the functionality of these little toys is amazing. This buttonholer is totally going to change my sewing life! I CAN DO EYELETS!!!

I'm just fortunate that I have a machine that uses these. All these tools are late 60s. Ebay has them at fluctuating prices because apparently if it's "vintage" people can charge whatever. But I'd say that if you want to pick up these tools, you can get them for about $12-$25 each. I got the two monogramers in a huge lot of sewing notions years about for like $15.

If you have a Singer and you are interested in these toys, make sure you know which kind of Singer you have. Some of the gadgets have the same part numbers so you are going to have to read the box description to determine if it's for a slant shank or straight shank machine. 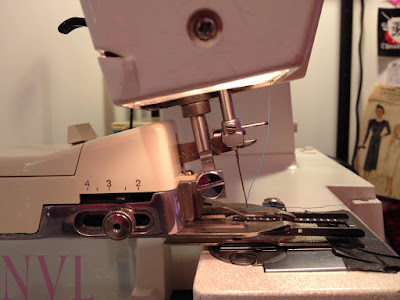 Oh, and this happened. 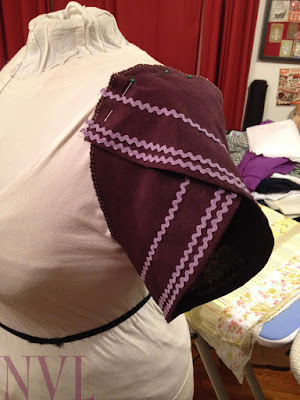 45 minutes of ironing rick-rack…Yeah, I did that!
More on that later (no buttonholes involved).

How about you, lovely people. Do you have some sewing gadgets that you love and use often?
Have a great day!
at August 18, 2015
Email ThisBlogThis!Share to TwitterShare to FacebookShare to Pinterest
Labels: 1960, day dress, gadgets, monogram, rick rack