I can make a tailored jacket in a week! 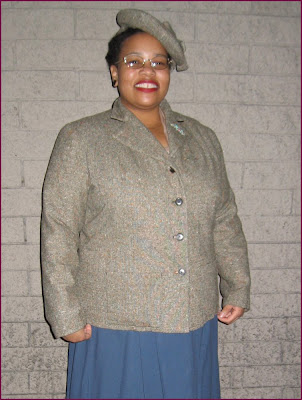 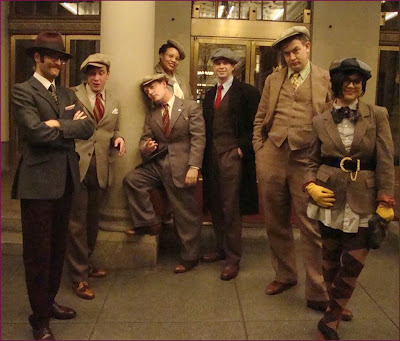 Don't we look like some steampunk crime fighting syndicate?
The Tweed Pub Crawl was a hit! We all looked rather fetching and got a lot of stares. There were about twelve of us at any one time. It so happened the crawl was the same night of the LA Art Walk, which happens monthly, so we were in a sea of hipsters and getting a lot of looks and smiles and compliments. It was fun.

The crawl got to me early though. I only went to 3 bars, but the crawl ended at 4. I wanted to Ginness it all night, but the first two bars only had it in bottles (A SIN I TELL YOU!) and not on draft. At the third bar, I got a cocktail and there as I was looking to my right. Ginness on draft! *$#%!!!! The cocktail was good (I had a Sazerac).

But back to the jacket. 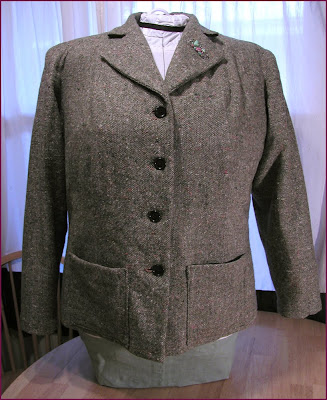 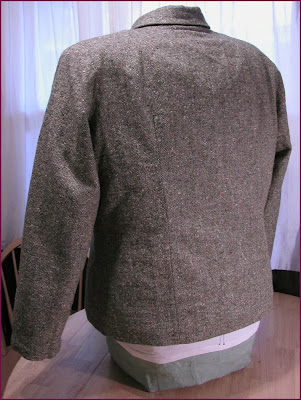 As I was finishing it yesterday and working on the button holes, I decided to change it up a bit and do worked button holes. 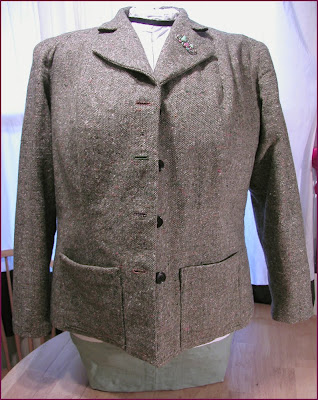 Now, that's just button holes by hand, but I used cotton embroidery thread for decoration. Because the tweed was a bit loose, I machine made the button holes for reinforcement first, then used the colored thread. 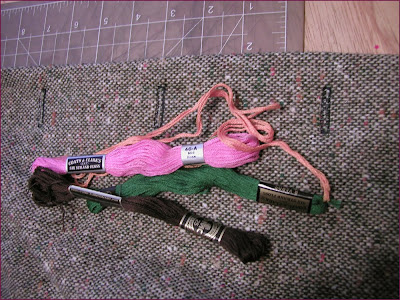 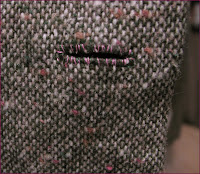 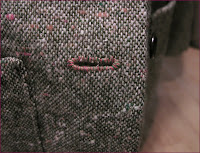 Each button hole is different. I wanted to mimic the flecks in the tweed, so I used about 5 strands of thread at one time. 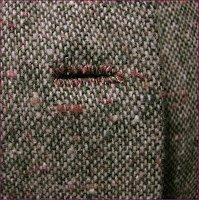 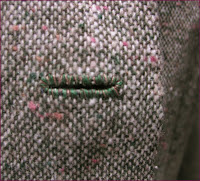 They went fairly fast and now I don't have to worry about the button holes getting raveled or worn as quickly. I did a thread shank for the buttons and all was good in the world.
I'm quite proud of the jacket, and for my first time, despite some minor things I would change (The sleeves are a bit long on purpose, I hate cold wrists), I'm very happy with the fit. It will make a great everyday LA winter jacket. Its warm, small, and close fitted. I know it's nowhere near professional, and a pro would probably laugh at my effort, but I'm very pleased with this process and when I get my brain out of scrambled egg mode, I might make another one way, WAY down the line. :)

The book I used as a guide was quite helpful, but knowing that I like to make sure I do stuff right, I looked in a few of my resources. 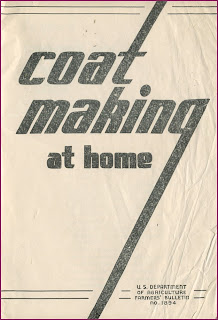 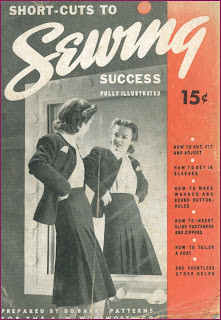 My Du Barry sewing book was one, that's where I took the worked button hole idea from. I also looked in my big and VERY useful sewing book. This puppy has a nice section on coat making. 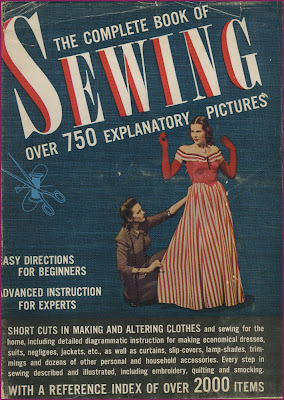 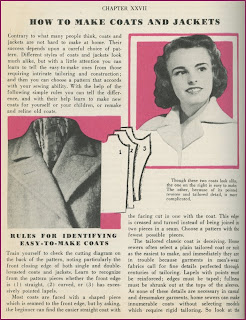 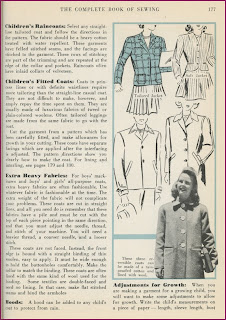 Also...after I finished the coat, I looked to my leftover tweed and thought, "Do I have enough time to whip up a hat? Alright, Ill just sew for three hours, and if it's finished, its finished." 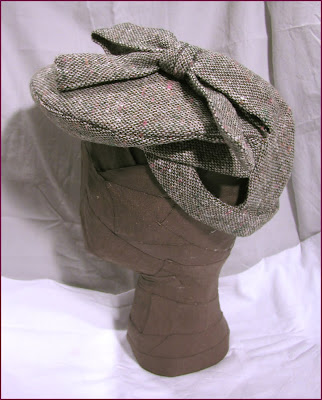 Hat was a HUGE hit. One lady almost ripped it off my head! Just made it from my trusted altered beret pattern. Quick and easy. You have no idea how hard it was NOT to make this thing two-tone! I had to constantly NOT do it! It's a sickness I tell you, a lovely, lovely sickness.

So that's my tailoring adventure. I plan to have more final pictures of the jacket and hat on NVL in a day or so.
I sincerely appreciate everyone on the words of encouragement and such during this crazy never attempt again in a week process.
Do any of you have any questions about my process?
I'll answer them in another post.
at November 12, 2010
Email ThisBlogThis!Share to TwitterShare to FacebookShare to Pinterest
Labels: 1940, event, hat, jacket, jacket in a week, nvl, progress, suit, tweed