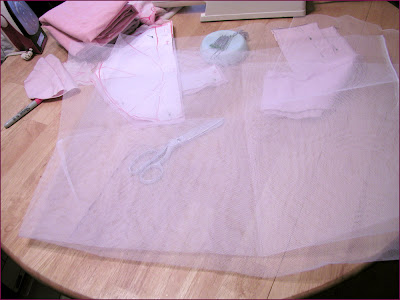 Now, I folded over the netting and tacked them together.
I then sewed the brim and laid the netting inside. 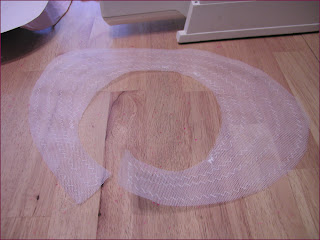 I don't know if this ever happens to others but it happens to me all the freggin' time. Why is it when you cut something on the fold, if you cut two of them separately, why is one side of it ALWAYS LONGER!!?? 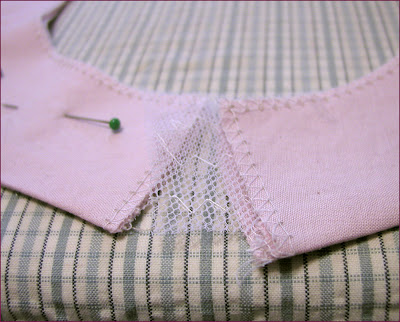 One side of the netting fit perfectly, the other side was off by a good inch and a half! I don't know why my cosmic alignment is always off, or what ever but meh.


Okay, moving on...
I pinned the brim to the crown and stitched it on. After that I stitched in a cotton band. It's a summer hat, so the cotton can soak up sweat. Also this hat can easily be washed, which was why I kept the fabrics light and breathable. 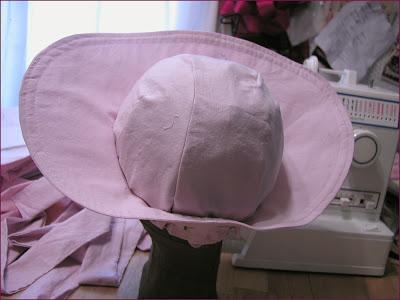 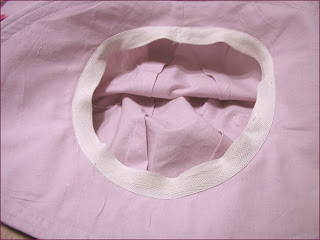 I then added the inner lining, which I was gonna sew exactly like the crown but then I got lazy, so I just did a running stitch and hand tacked it inside.

I decided to add the band around the crown and top it off with a huge bow at the back. The hat is supposed to sit low on the back of the neck. My hair is in a major puff, so it kinda sits on top. The next time I wash and tame my hair, I'll put on the hat properly.

For this one I think it came out rather well. I think when I make it again, I'll make the crown a bit large to compensate my hair. I keep forgetting to add hair ease. 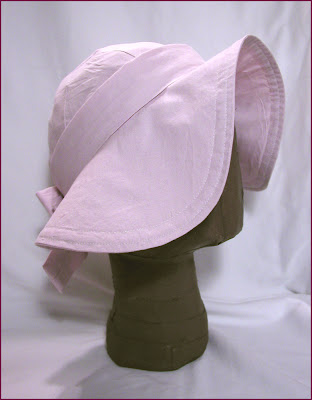 Finished pictures are on NVL.
Have a great Derby day everyone (I'm from Louisville!).
at May 07, 2011
Email ThisBlogThis!Share to TwitterShare to FacebookShare to Pinterest
Labels: 1920, dust bowl, hat, linen, nvl