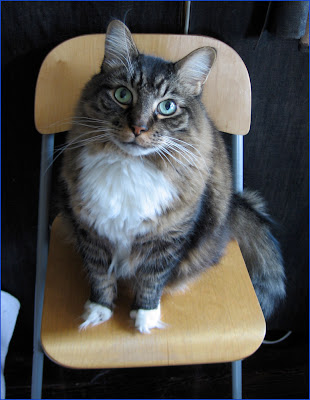 Look at that face. It's stunning, isn't it? I've looked at that face for nearly 13 years now. Three states, five cities, two colleges, and 8 apartments. I feed, pet, and love him. He will be with me until he dies, even though I hate his guts.
My cat Brasco and I have a very warped relationship. I got him from the pound and I think he was abused. It took him a year to trust me enough to allow me to pet his stomach. Still most of the time I do try to pet him or pick him up, he attacks me. Not like a love bite, but an ears back head lock grip back claws out full on assault. He's crazy, but like the crazy gal I am he looks at me and I melt thinking, "I can change him!"

For the past three years I haven't slept on a mattress. Why, you ask, it's because he feels inclined to relieve himself right on it. I often get the surprise of urine or the occasional poo nugget. Sometimes when I was sleeping. Such the adventure. Now that's something to wake up to.

Shut the door? Tried that, when I go into the room, there he is. Change his litter? Don't matter. Is it his food? Nope. Give him more affection? I can't be with him 24 hours a day! I've done everything the vets have told me and nothing has worked. I'm not sleeping on rubber sheets so it's an air mattress for me and he feels no need to wee on that. Yay me!

The air mattress has been good enough sleep, but what most people don't know is that without fail, after 6 months of use, those things all start to loose their air. It goes from a slight fill up every ten days, to every week, to every other day, to every 4 hours. There is nothing crappier than sleeping on a half filled air mattress. Brasco loves it though. Bastard.

So I have to go through all the hoops of the warranty and send in the side of the mattress so I can get a replacement. That leaves three to four weeks of me sleeping on the floor. Dumb cat. I'd like to make and mend him!

I'm looking into cots. I hope that will be better and he wont pee or poo on it. Stupid cat.

Speaking of making and mending, I hope everyone is getting excited! I actually had to do some mending yesterday as I was finishing up the last fitting on my balboa dress. The zipper head just came straight off. What! Apparently one of the stops was missing. 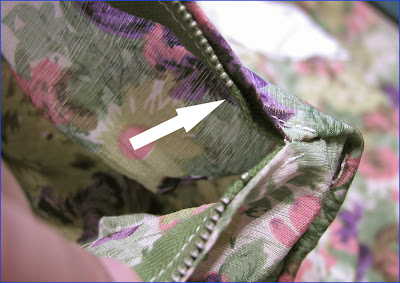 I still have some hemming to do on the dress so I was cheezed at the prospect of having to take out the zipper on an incomplete dress. Then I had an idea. I removed the bottom few teeth and slipped the zipper head back on. Presto! I just stopped the top of the teeth and the bottom and no new zipper required. Ah, satisfaction! 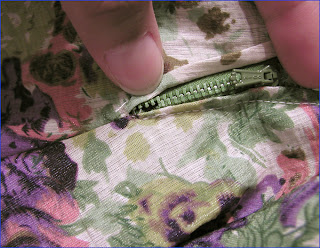 I'm also finally putting together a sheer blouse from some rayon crepe. Its nearly complete and the sleeves which will be a powder blue (yay two-tone) will most likely go on tomorrow. Alright everyone, have a splendid Tuesday!