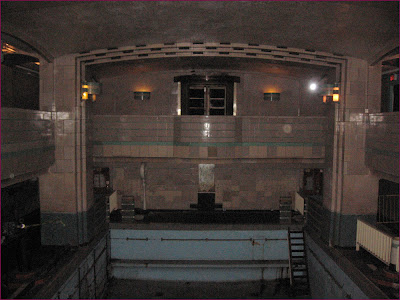 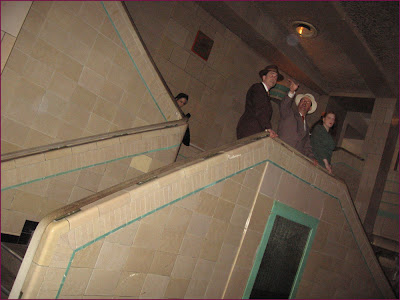 I've come to the ship a few times and have never seen it so it was kind of a big deal for me. The main entrance of the pool is so metal deco with 'pool' spelled out in thin letters above a circled awning that is accessed on the main floor. The double doors were blacked out so you couldn't even see the pool from the outside. Such a tease. 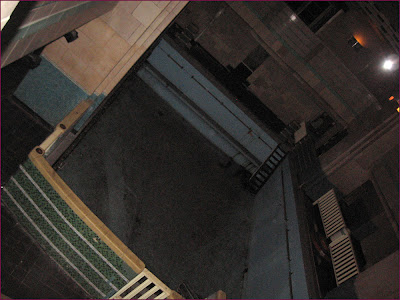 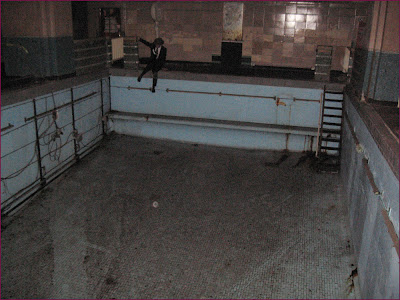 (He NEVER got into the pool. We all stopped him very quickly.)


The ship has new ownership and it's said that there is bigger security, but we got to the pool pretty easily by taking some emergency exits and propping a few doors open. I think it's kind of like an Easter egg. You know, like the ones you find on DVDs. They say its not there, and you are not supposed to find it, but if you go the right way, you get there with no hassle. Use that analogy or the one of it being like a video game. I think either will work. 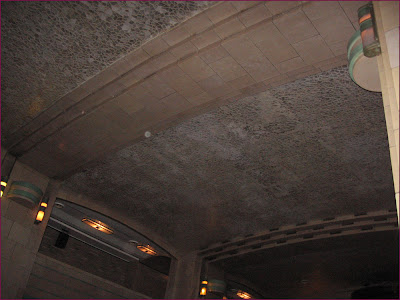 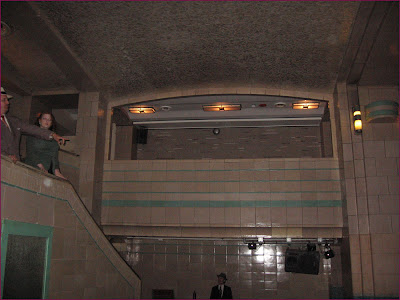 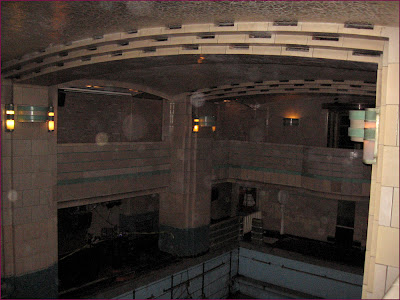 Don't get me wrong, the experience was fantastic. The room is practically untouched, so it's like traveling back in time. The room smelled of musty water, most likely because that part of the ship was under water. There were no windows, and the tiled pool even had a slide. 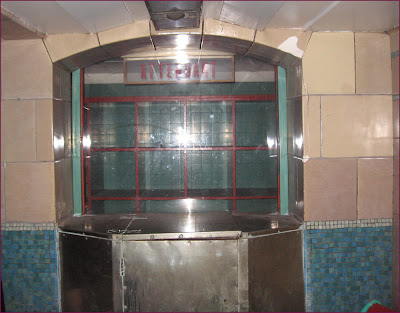 Can't you just hear some music playing as people walked on both levels and swam in the the pool. The attendant handing them their clothing and then the passengers changing in the back changing rooms. So glamorous. 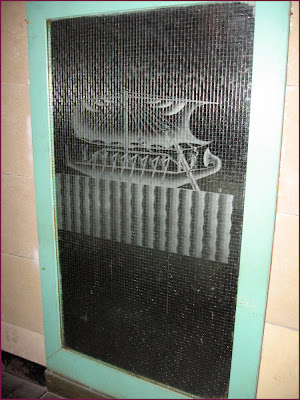 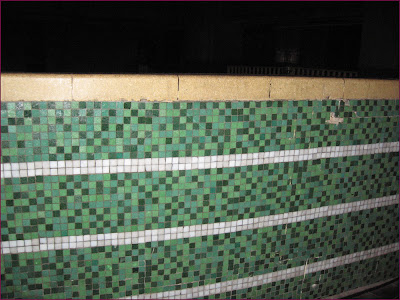 We also traveled back into the changing rooms. It's said that part of the ship was haunted. We didn't see anyone but then again it was very hard to see. The space was very dark, so we used the glow from our phones to light the way. Those and the flashes of our camera did all the work as we joked about this being the set up for every bad horror movie. 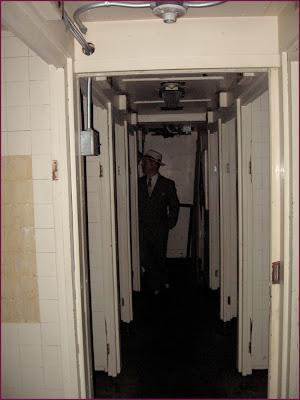 After that we just roamed around the ship for a while. That was fun. We kept low on the radar just in case, but I think the ship security kinda knew we were there. That's just me, though. :) 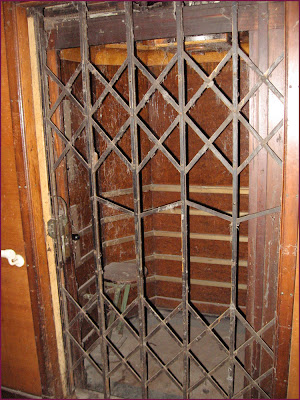 (An old elevator in a closed part of the ship. Gotta love that the attendant seat is still there.)
For the QM team who may see this post. We were not the only group down there. As we got there, another large group was leaving :)
at May 24, 2011
Email ThisBlogThis!Share to TwitterShare to FacebookShare to Pinterest
Labels: 1930, event