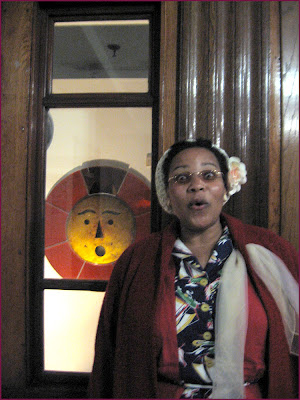 Here is how it went down. This was the first email I received from the QM on the seemingly out of bounds pool section. I originally posted the pool images on my blog in the morning and by 3pm that afternoon I got this email.


Dear Ms. Vintage Lady,
Please be advised that we have reviewed the photos on your blog and noticed that they are taken in restricted and unauthorized areas.  We have forwarded these photos to our Security Team and asked them to ensure that these areas are not utilized by guests who are not escorted or on an authorized tour.   If you are observed in these or any other unauthorized areas, you will be removed and unable to return to the ship.  These are liability and security issues that we must enforce.
Thank you for your understanding and cooperation.
Jack A. Scibona
Director of Human Resources
562-499-1750 (ofc)
562-436-8567 (fax)

I decided to remove the original post, but then re-posted the images because I couldn't get anymore scolded, right? So the next day I was sent this email, same person.


The Management of the Queen Mary has noticed  you have re-posted the photos of you in unauthorized areas on the Queen Mary.  Your blatant disregard of the security and safety of the ship by stating “what was done was done” has led us to the decision that you are no longer welcome on the Queen Mary.  Your guest profile will be “flagged” in our system as well as  security notified that if you are observed on property , in a public or restricted area, you will be asked to leave.  Should you refuse to leave or return, you will be charged with trespassing as this is private property.
On Behalf of The Management Team  of the Queen Mary

Okay.... I thought that was interesting considering they never asked for the photos I posted to be removed. So I sent them this.

My intent for reposting the photographs was not to aggravate the situation. In your first email to me, you never stated that you wanted the photos removed. I did that as a concession, but realized when you said the photos had already been sent to 'security', there was no need for me to take them down, because what a was done was indeed done.

I am quite disappointed with all this attention I am receiving from Queen Mary management. Especially since the pool has no signs saying it is off limits to the public. No locked doors we could find, so it was fairly easy to gain access to the pool area. It seemed to me it was like so many other parts of the ship, if you walk around enough, you can find interesting and lovely things. Perhaps if there had been locked doors and signs on them telling people to keep out, I would feel differently. As a patron of the ship for years, I have never seen such deterrents.

As someone who has a love for the history of the ship, I find it disheartening that my action to visit the area with respect and for the guise of education is being met with such venom. When I was there I was disheartened to see the area in such disrepair and neglect. As someone who cares greatly for the preservation of the 1930s ocean liner, I don't want to see burnt out cigarettes, and cracked graffitied/missing/stolen tiles from a place as beautiful as the Queen Mary.

The group of people I was with were preservationists of the ship, but in talking with others I have noticed that there have been many groups on the ship who go there for the wrong reasons, so I can understand your aggressive reaction to smite anyone who goes to the pool, how ever disappointing it may be.

In the future, I hope you will lock all the doors that lead to the pool area, and post large and very clear signs that give access to it, because there are absolutely none there and there have never been any there since I recall being onboard the ship. Perhaps a corded rope to the entrances of the pool with signs stating beyond this point is trespassing because I guarantee you, people will want to go to and see this area of the ship. Its stunning and grand and just wants to be restored.

I thank you for your time.

Strange, right? Has anyone else had an instance like this?
I'm still reeling from all the attention this has gotten me from the QM. I mean the place has tours of the pool area, they have for some time. In any account, the group that has been going there for nearly 8 years is starting to look for a new place to annually gather. I'll keep you posted on the outcome of that.


But as for the rest of my weekend, I did have a blast. We took our pilgrimage to 'vintage row' and I actually picked up a few things. 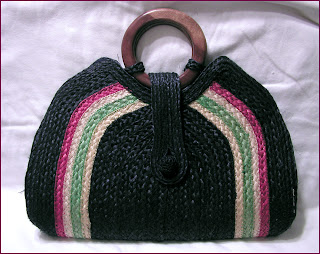 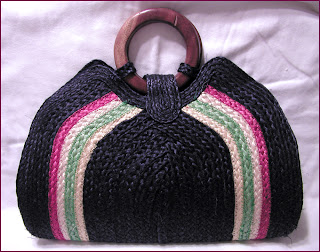 I got this super cute straw-ish purse. It's most likely 70s but it worked with my dress for the Saturday dinner so well I just could not help it. 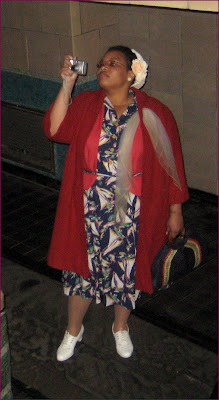 It was $20! I did have to repair one of the straps that wrapped over the wooden handle, but I was lucky I had my trust sewing kit with me! 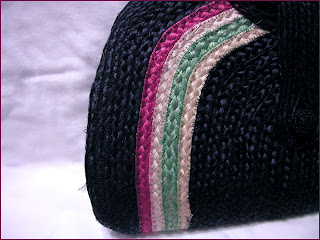 I also bought this blackface pin. Its a man playing a banjo. I thought he was great. 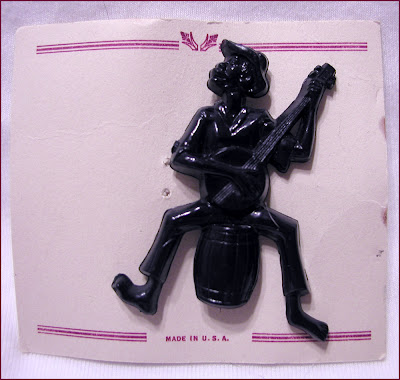 I was also given this pin. I love insect pins and have a few, so this one will fit right in. 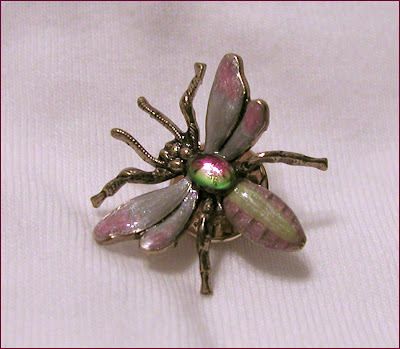 Sunday was the Cicada, and I had a blast. It was pretty packed as a lot of folks seemed to turn out then. I was wearing a default dress because I didn't have time to make anything. Still I was totally social and met and talked with tons of folks. 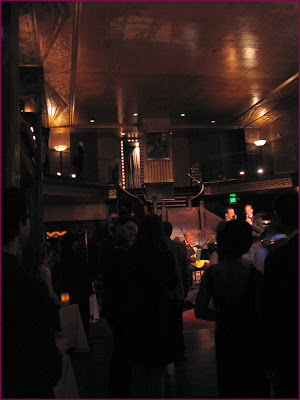 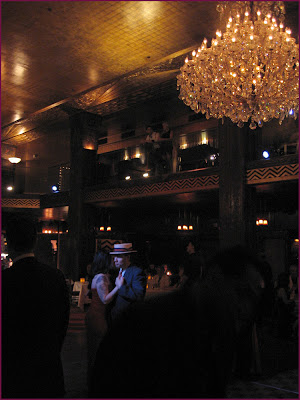 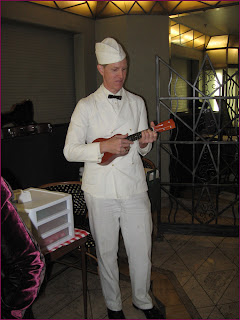 Welp that's about it for the QM weekend. It might be my last one!
Gasp, right?!
I'll be finishing up my Dust Bowl posts in the next day or so, and prepping for M&M too!
Have a great Thursday!
at May 26, 2011
Email ThisBlogThis!Share to TwitterShare to FacebookShare to Pinterest
Labels: 1930, 1940, cicada, event, purse, repair, repro