The cutest patch I've ever made! 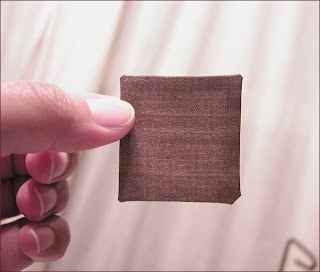 A friend of mine has this lovely sharkskin vintage dress. From the details; the extended button front, the full pleated skirt and the reversed box pleated back, I'd say this number is from '47-'52. 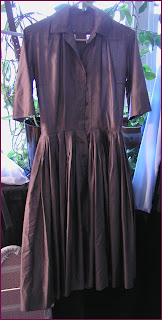 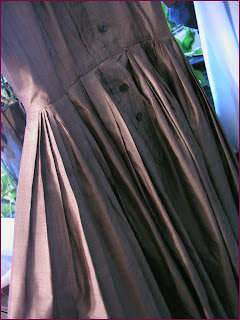 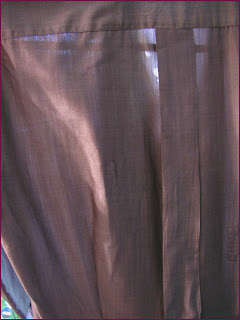 Look at that sweep! After some research, I found out sharkskin is most commonly a cotton/rayon blend, so I was not too far off on that! The edges are unfinished, and it's a perfect dress for dancing. That's why it's with me. 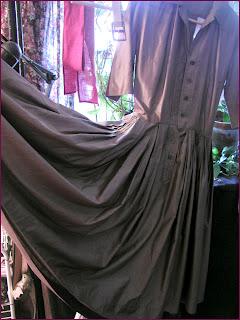 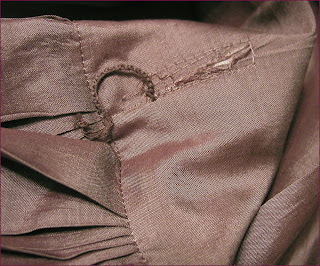 She said on a shoot she was asked to bring her own clothes and this dress was damaged. The studio 'fixed' it, but really they patched up areas on the dress that got stressed from the shoot. Their 'fixing' was not meant to be a cosmetic repair, but one for integrity o the garment.
Bad move. 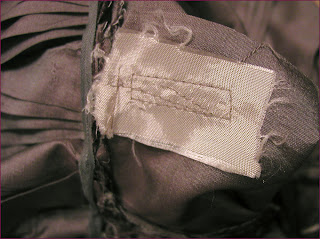 On closer inspection the fabric that was used had a bit of adhesive on it. There are about 5 of these patches on the dress! The good news is the stitching was done by machine so removing it is pretty easy. The bad news is because of the adhesive, the patches are going to be twice the size as I originally thought. 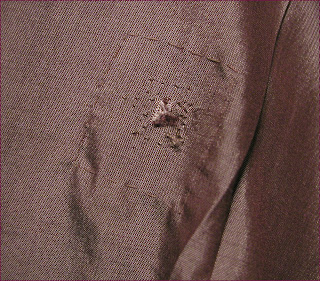 Here I removed the repair fabric and stitching. I then outlined the area (remember at least 1/2" allowance around the patch) and blocked the cut away area with thread. This fabric has a loose weave, so I cut to the fringe of the adhesive area to have a bit of protection from unraveling. I'd say that was the only good to come of the 'patch work'.
The good thing about this dress is there is a good 2 1/2" of hem. That's more than enough to repair all the dress's parts. I took this from the back hem and I plan on taking it a piece at a time to minimize loss. 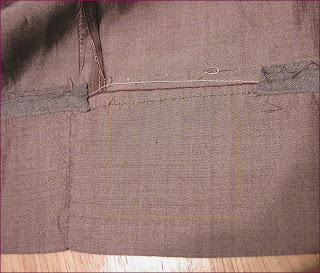 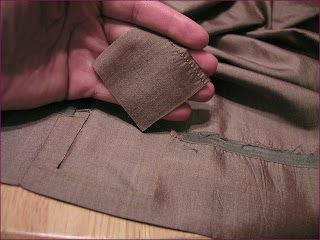 After that I just folded under the edges and pressed it well. 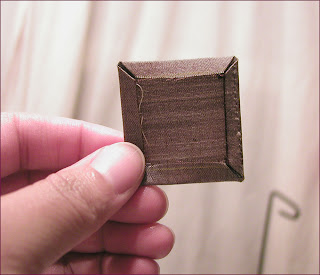 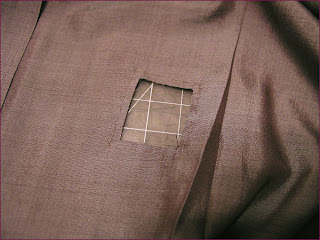 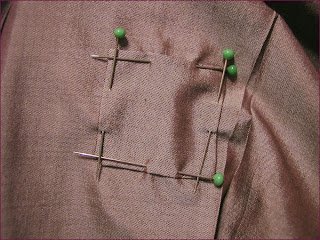 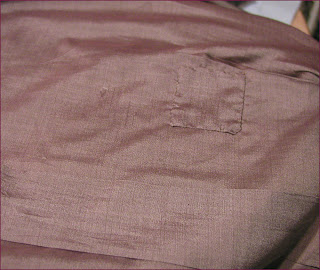 There you have it! From the inside I whip stitched the edges for extra stability. 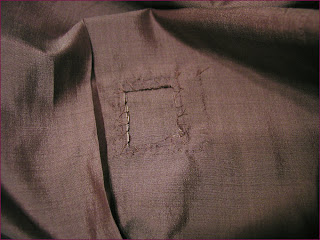 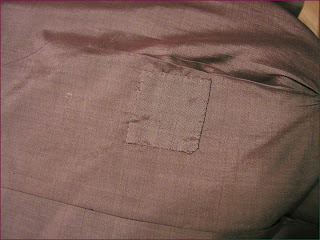 I think this is a really, really good patch. I told her that she would always see the mend, but I'm nervous as to her reaction in what she would expect. Still I'm pleased with the mend.
On to other things.
I finished sewing the new bra. I finished the edges and sewed the straps. Only I sewed the straps wrong. The two front ones to each other and the two back ones to each other! I didn't catch it until I completed both of them. Then I had to undo it and guess what? I DID IT AGAIN!!!!! That's how off I was the other day. Three times the charm and I finally got them in order. 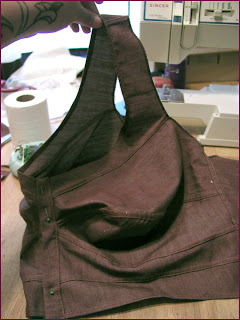 I also finished the gutted  cloche. It turned to very well and it's going back to its owner perhaps tonight. I'll have more images on NVL soon. 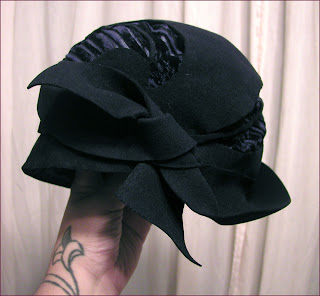 It's hot and I'm tired. I think I'll have a beer :)
at August 25, 2011
Email ThisBlogThis!Share to TwitterShare to FacebookShare to Pinterest
Labels: 1940, 1950, bra, dress, foundation garments, hat, make and mend, repair, repro