Plain Pattern Project: The Mock Up 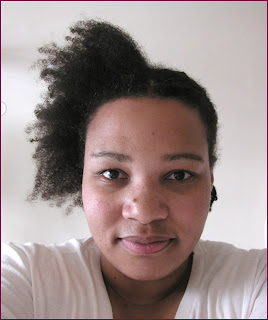 So I started on the dress. I didn't really mean to, but after I did the pattern adjustments, a little voice said, "It won't take too long to cut out your muslin. Go for it." The voice was right. Gotta love those simple patterns. 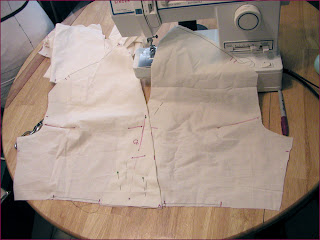 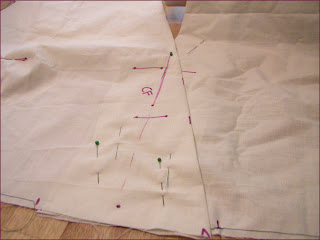 I was able to baste the pattern together in about an hour. In the grade, I did have some issues, like the under bust front bodice being about 1" too low. Also, when I tried it on, I noticed some abnormal pull at that area, so adding that extra inch will also give the bust more ease. 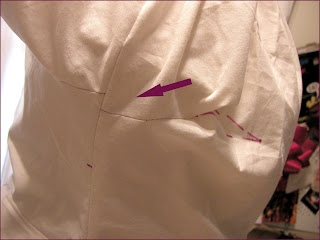 As I expected, the waist on the skirt was all off. There is a good 11" difference in my waist to my hips, and I have a very large ass (PROUD!) so it takes a lot of, let's just say 'angles that look odd' in order for the back of the skirt to fit with no bunching at the waist. 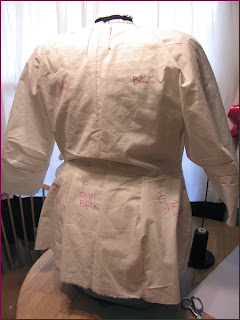 Luckily the hips are pretty good, and after some darting in-between that magical 7" from the hip to the waist, I managed to get something that I was quite pleased with. I spent a lot of time on the skirt because as one of my altered versions of this pattern, I'm planning on making a two piece dress. That, and I want a good skirt pattern that I can use over and over. I like the cut of this skirt because the front gore is not cut on the fold, so those two pieces have a slight curve to them that creates a nice line for my figure.


I also omitted the darts I added in the pattern adjustments.
They didn't work too well on the real thing. 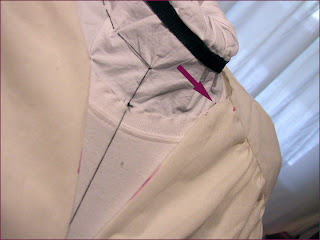 The neckline worked out very well. That dart at the top of the shoulder was a good call because it keeps the fold over of the bodice in place, but it does not crowd my neck. I hate when clothes crowd my neck. I don't know what it is about that, but I feel like I'm being choked very, very slowly.

After the try on I did have to cut down the front of the bodice. Too long and it made the dress droop. That, and I took out a large chunk of the front sides of the skirt. They veered out way too much. I want the top of the skirt to glide over me, like they do in the pattern pictures. I'm confident that I've achieved some of that. 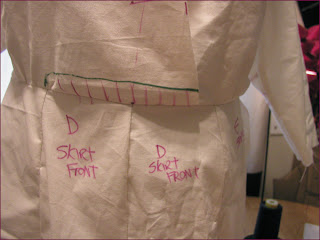 I took this mock up to the pattern pieces and adjusted them accordingly. If I *really* wanted to, I would have done a second mock-up, but I'm not that worried.
That little voice came back. "Hey, you have this great navy linen/cotton blend, why not go on and cut out the dress?" Damn voice. 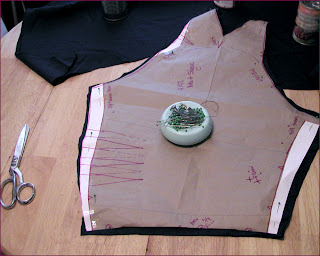 More mock up photos in the flick forum. 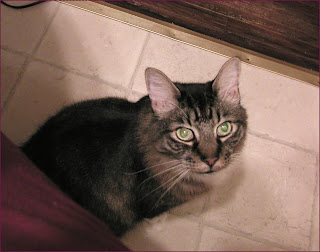