Man Month guest post: 'How I started as a vintage Fella'

Hi everyone. I have a treat for you all today. I friend of mine, Scott has written a little about how he got started in vintage. I thought his insight would be delightful and add to the month. Enjoy!


My first forays into vintage clothing came out of stark need. There are few places on earth as cold as the streets of the University of Akron. The campus is relatively small; or at least it seemed so when compared to Ohio State University. Small campus, excellent programs in the arts, and, bonus, the girl I was crazy about was going there. So, Akron U it was - But those cold mornings were murder through the winter.

Being a broke college student, I followed the time-worn path to Goodwill to look for a heavier coat. Goodwill in that place and at that time (early 1980’s) was very different from the stores we see today. “Vintage” hadn’t caught on, and most of the clothes there were just old, dated-looking rags to most people. But to me, it was an extraordinary place to visit; here were the films I loved, come to life.

I grew up watching movies from the Golden Era of Hollywood. Those films had just made their way to television through the 60’s and 70’s, and I quickly learned which channels were showing them in those pre-cable days. The clothes in the films of the 30’s and 40’s were, when I was shopping Goodwill 40 years later, not collectible, scarce, or particularly desirable. 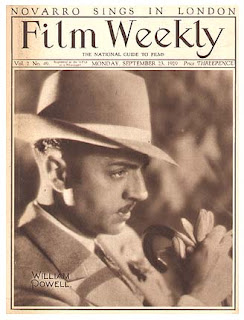 Here were fabulous, beautifully constructed men’s suits of dense, heavy woolens. Spade-soled shoes in every imaginable spectator configuration. Magnificent ties. Shoeboxes jumbled with cufflinks. Shelves piled with fedoras. And, thankfully, racks of thick, long, heavy overcoats. My knowledge of vintage at that time was limited, though I learned a lot just hanging out there and other thrift stores and using my eyes and hands. Had I known, of course, that those castoffs would become quite scarce and valuable, I would have dropped out on the spot and bought up everything in sight, holding it all in perfect, moth-free storage until about 1995, when I’d start cashing in once eBay was invented... ah, hindsight!

Fast forward twenty years. Since I didn’t buy out Goodwill in 1982, I’m forced to dig and search and bargain and trade for vintage clothes the same as everyone else. But there was a time, not so long ago, when chesterfield coats, Borsalino hats, WWII leathers and hand-painted ties were as common as dandelions and could be had for the price of a box of Pop-Tarts. 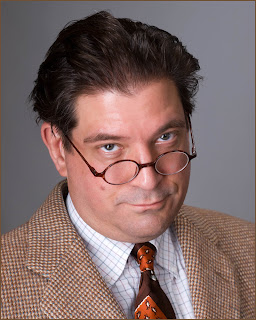 My fella friend Scott is the Administrator over at the largest vintage forum on the internets, The Fedora Lounge. Wanna know something about men's wear, that is the place to go.

Thanks all!
at March 22, 2011
Email ThisBlogThis!Share to TwitterShare to FacebookShare to Pinterest
Labels: guest comments, Man Month