Happy Thursday everyone. After finishing my WWI hat (more on that tomorrow), I already had my machine all loaded up with my white cotton thread, so I worked more on the men's underpants. 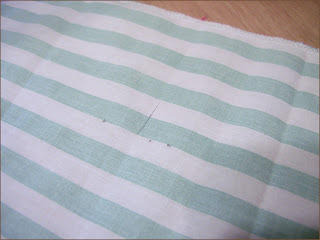 This time I put together the back. There is an opening near the waistline for size adjusting (more on that later) and I was to cut to the markings in the center back of the seat. I decided to make the striped horizontal even though the pattern recommends all of the stripes to be vertical. Call me a rebel. 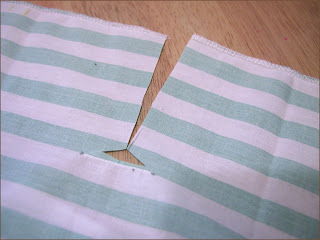 I stitched the horizontal part of the cutting for reinforcement and did as the instructions said, fold over twice the opening and top stitch. Then, you take the folded sections and bring them over into a fold and stitch them together. Easy enough. 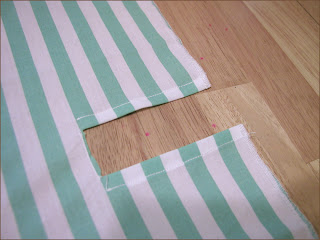 From there it was double top stitching as I folded under the sides of the seat and lined up the sides legs to their appropriate notches. I'm starting to remember how to make this now, and I don't think it will be as eventful as doing that front crotch. Geeze, that was a trial. 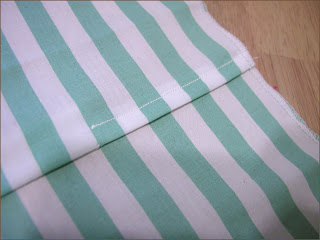 The fabric's weave is a bit tight, combine that with thick thread and I get the occasional skipped stitch. 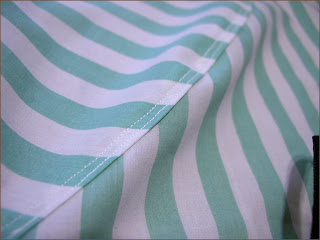 It's not too bad, and I have a lot of redundancies build in because of the top stitching. I'm learning so much about making men's clothing this much. I don't know about all of you all, but it's been a blast for me, and i still have a men's dress shirt to create, oh boy! 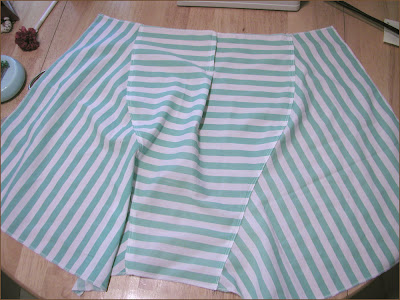 Well I gotta get my outfit ready for swing dancing tonight. Doing my hair and all things girl. I'll post pics tomorrow and one of the hat recipient wearing his new topper.
In the mean time, enjoy a tune, a drink, or both!
at March 17, 2011
Email ThisBlogThis!Share to TwitterShare to FacebookShare to Pinterest
Labels: 1940, cotton, Man Month, music, underpants