The trials of covering 'in transition' hair.

When I go out and about on errand running, I tend to just have a colorful scarf wrapped around my head to keep my hair under control. My head gets cold easily, at least that's how it feels, so I like to keep it covered. Which is strange considering how much hair I have.

This day my hair was, as I call it, 'in transition'. I had washed and pin curled it because I was going out later that night, and I needed to go out and do stuff during the day. I put on my jeans, a t-shirt and my cardie. Great, what do I put on my head?

Despite my love of hats, when I'm not doing a vintage type event or social outing, I often get quite intimidated prancing around town in a 40's beret. I spent a good half hour choosing a head covering for a simple grocery run! I have to laugh at that. 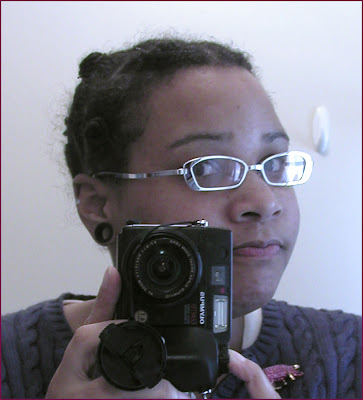 This is what I started with. Man, my head is round! 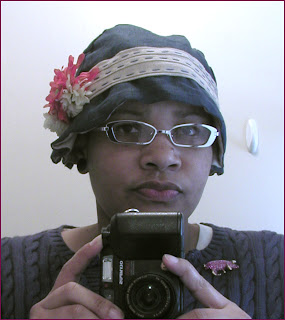 I first went with my 20s linen hat, but it didn't match my kick around clothes (shallow, I know). 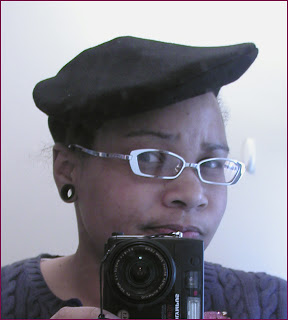 Then I popped on a black beret I just finished but I felt it was too dressy, even though I made it for just this reason. Perhaps if my hair was not in tight little balls pinned to my head I would have felt more confident. 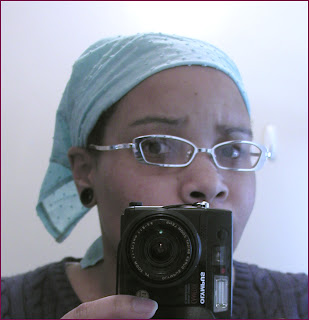 I then tried my old stand by, a cotton head scarf. I look sick or I look like I'm supposed to be handing out Jesus loves you flyers at the bus stop. 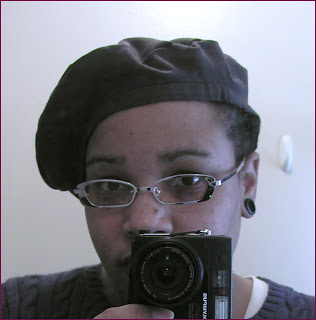 In the end I finally chose a gaberdine wool beret I made on a whim last year. It gave my dome enough volume so I would look like I had *some* hair, and I didn't feel stupid. 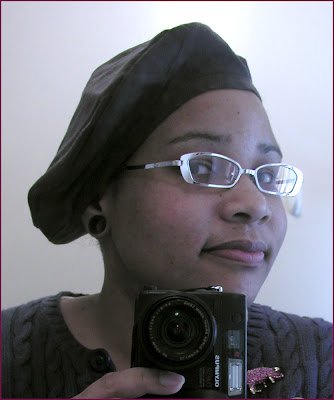