The home stretch. Or the belt stretch. That's what I had left to do on these undies.
Using my last pair as reference, I took note and notched the back of the strap piece that attaches to the back waist band. The waist band is in two pieces, and there is an adjustable belt build into the back. Quite ingenious, actually. A lot of vintage men's clothing has little treats like that. Side adjusters on slacks that are worn with braces (suspenders) and such. 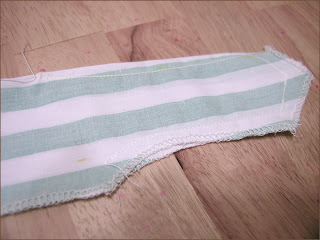 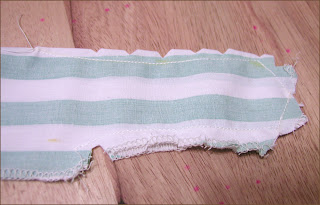 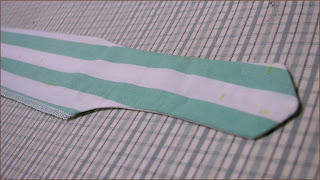 After sewing to indicated places, now was the time to attach the waistbands to the top of the undies. But before that I decided to sew the crotch first. I did run into a problem. 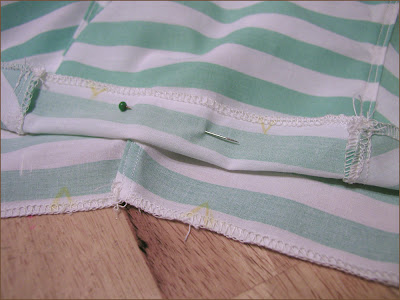 Turns out from the pattern, the notches don't quite match. Now, I can fix this on the next pair by actually adjusting the back seat piece, but I'm not on that pair. I had about an inch of difference, and I didn't want to cut the legs down, that could effect wear. I decided to make a tiny pleat in the seat, like the one at the waist so now there is just one fold. 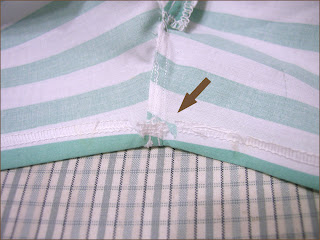 I also notched the sides of the front seam (something I do on mostly all my seams), to have it lay better before I sewed it. There, nicely done.
NOW, I can attach the waist bands. I sewed them according to the instructions with 1/2" SA along the inside until the back tab met up with the back open section in the seat. Sewing the bibbed front was a bit more of an adventure. 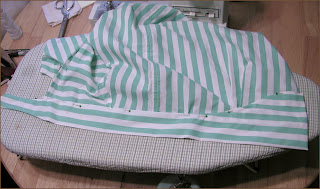 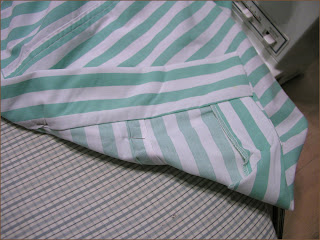 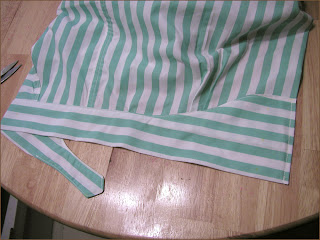 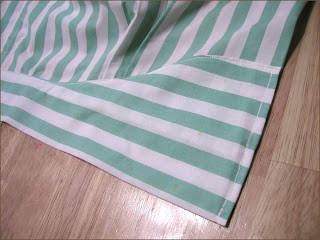 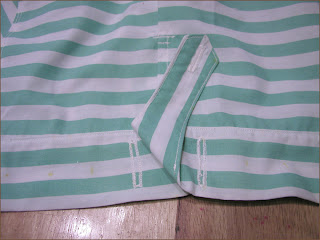 I made sure to double check the match up of the stripes before I sewed the other side then just went on and stitched them as I did the first part. Success! I pressed everything out to make sure it laid all pretty and took out the remainder of my pins. This pattern was cool. It really has no instance where hand sewing is needed. that's rare for me, as i find hand sewing often pinpoints my detail and just finished a look. Hell, I'm not complaining, I hate hand sewing, it's just something that needs to be done. 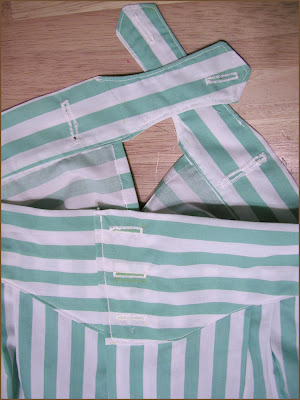 Onward buttons!
The pattern requires about seven buttons, four for the back waist band, and three for the button front. Being that these are undies, I wanted  simple flat buttons that would not poke the wearer or intrude in the wearing of other clothing. These white cat eyes were perfect. I stitched the button holes and that's when I had my problems.


As I was cutting open the back buttonhole to the waistband, I realized I only needed to stitch one for the right tab to fit through. 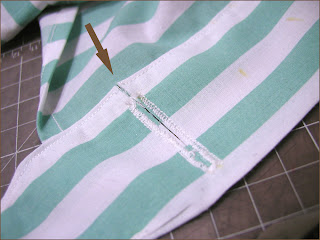 Now, as I was thinking this I realized how hard I was pressing on my x-acto knife and I thought, "Gee, if I'm not careful, I'm gonna cut through the button hole thread-" *slice* SHIT! I literally took a pause, because when you find yourself caught in the thought of doing something you KNOW you should have stopped doing a faction of a second before, you just gotta take a moment and savor that stupidity.

I ruined them. I really did. And I'm always so careful about this type of thing. So, in true make and mend fashion, I decided to stitch on a patch. Still, that was a bonehead thing to do. 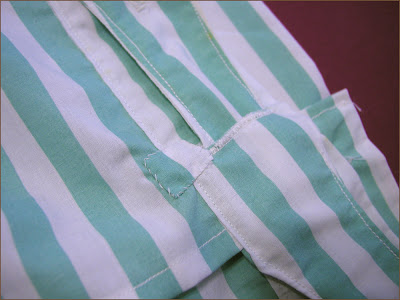 But they are done and despite my blunder these are better than the first pair I made. I think they are cute. 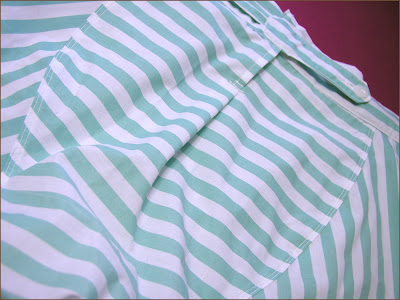 The final images of the undies can be found on NVL.
at March 23, 2011
Email ThisBlogThis!Share to TwitterShare to FacebookShare to Pinterest
Labels: 1940, buttons, Man Month, repro, underpants