Last night some friends and I went to Lindy Groove in Pasadena. It's a Thursday night dance fest full of great swing musing and fun. I've been before, and had a good time. It's strange. Some in the dancing circles around the LA area think of Lindy Groove as like the 'dinner' of dancing places. They often say the music sucks, but this time there was a good DJ that most seem to agree on, so I thought it was a good time.

This time I've had a few dance lessons and went to the free class they offered and learned quite a bit. Even was asked to dance a couple of times. One lead threw me around like a rag doll, it was fun.


But the real reason we went was to support our friend, Cary. He was debuting his soda jerk business and from the constant people partaking in floats, ice cream with green sprinkles, and  homemade ice cream sandwiches, it was a hit. 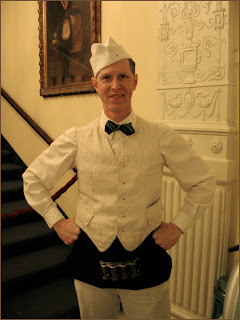 I told him I was going to make this hat for him, but then a friend told HIM I would have it done by last night. Well, I never said that, even though the week prior I though I could, but as we all know stuff happens during the weeks, so I didn't think I could make it. I just thought that was odd that someone would tell the client of my schedule in making something when I'm talking to the client. Aw well. 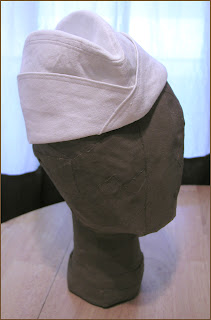 Turns out the hat as not as hard to make as I thought it was going to be (that's part good and part bad) so I was able to put the full Shelley detail on it and it looked smashing. 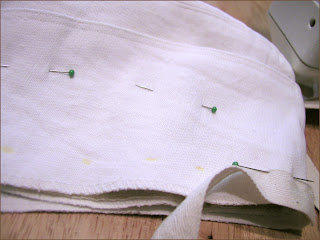 As I finished the final details of the hat, I had to cut down a lot of the bulk that was around the band on the inside of the hat. Turns out the original had the same problem. 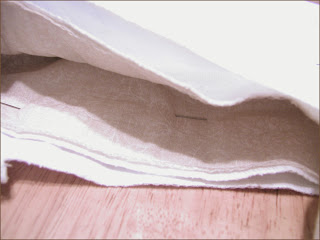 I had a lot of layers of fabric, and they decreased a lot of the extra width I added to the hat, so I had to get creative and trim a lot of stuff off and away. I'll have more final shots on NVL shortly.


I wasn't there when he opened it, I forget where I was, but I had a cloth bag made for it (made of the striped material I had left over from my men's underpants) and I tied it with a green bow (yay St. Patty's day). He was thrilled and I thought it might not have been large enough, but he said it fit *perfectly*. That pleased me. 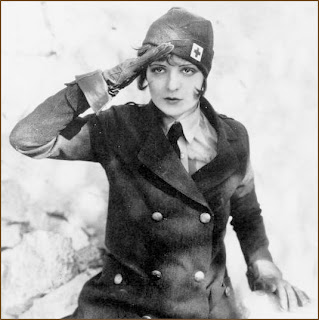 I might even make myself one.
I'm seeing a blue linen. I think it can be womanly, in a butch kind of way :) 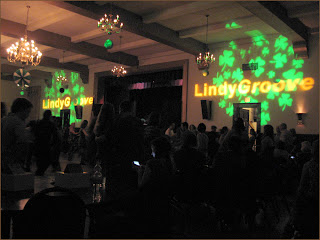 The rest of the night was fun. Did some dancing, walked around, talked with some gals about sewing, had this real silly photo taken. That seems to be my speciality. I take a lot of silly photos. Some people would be embarrassed by. I mean in this one I look pregnant and my slip is showing, classy. I'm not going to even acknowledge the facial expression. *sigh* 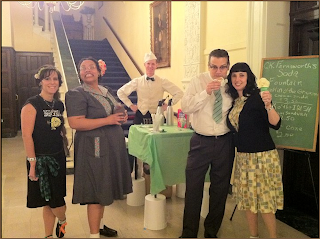 I try to own my appearance. It's not like people don't know what I look like, but I am having an ugly month this month. I guess that's one reason I'm doing Man Month. I feel ugly right now. It happens to everyone, and I know I'll get over it, but I just feel like I look like a troll. So bear with me a bit longer with Man Month until I feel like my old self again.